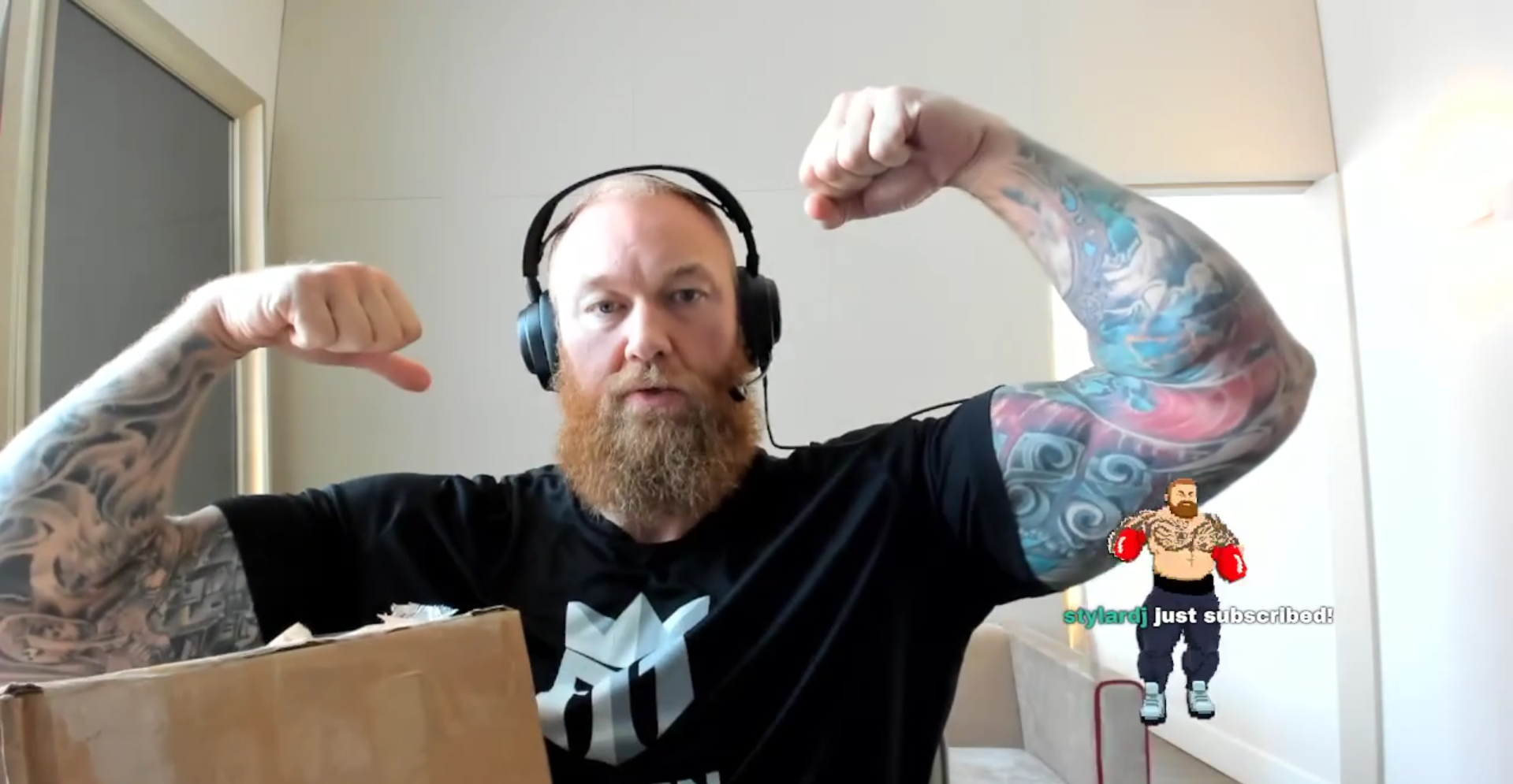 Hafþór “Thor” Björnsson has gotten quite the bump on Twitch since appearing on numerous streams as a part of Camp Knut, and while he isn’t the most experienced online content creator, he has a message for people that might try to dox him.

During an IRL stream today, some of Thor’s fans mentioned to him through chat that he seemingly leaked the address of the hotel from which he was streaming. With many content creators experiencing issues like swatting and dealing with stalkers, fans showed concern for negligence of the man who played The Mountain in Game of Thrones.

But in a moment of pure honesty, the former world’s strongest man showed that he truly doesn’t care one bit if someone knows where he is.

Standing at 6 feet 9 inches tall, the Icelandic giant weighs more than 300lbs, and he isn’t about to be messed with. Concerns from his fans aren’t unwarranted, though.

In the past month, there have been a handful of issues content creators have faced regarding doxxing and swatting. Along with IShowSpeed and Adin Ross getting swatted, trans political activist Keffals was swatted and has continued to deal with doxxing issues.