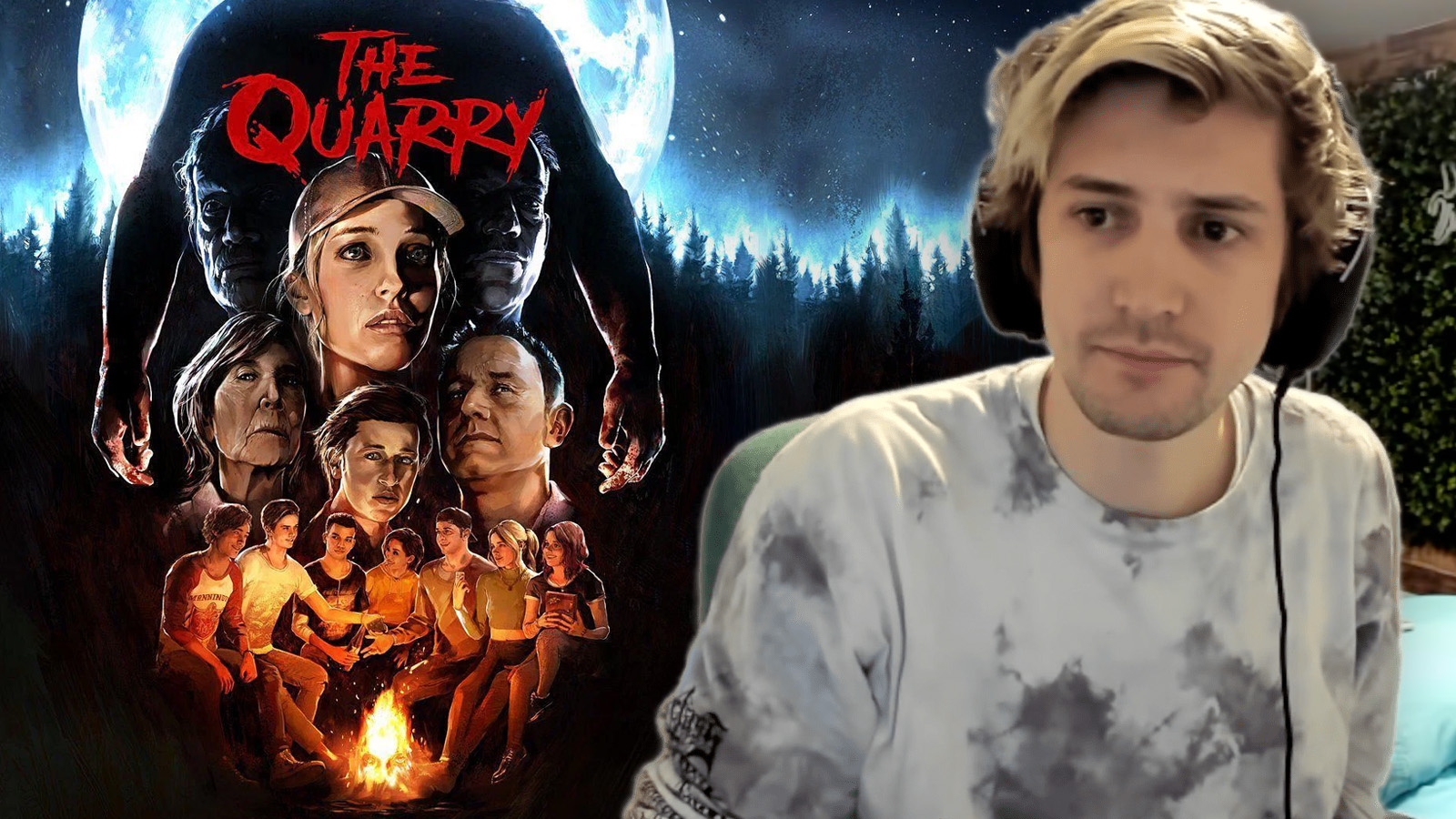 Image via Supermassive Games and Screengrab via xQc on Twitch

The Quarry, an interactive horror game developed by Supermassive Games and published by 2K Games, was released on June 10, and in the first week since its launch, it’s proven to be a commercial and critical success.

And it’s found success as a major streaming spectacle on Twitch, too.

Viewers can’t seem to get enough of watching their favorite streamers play game and, as a result, it’s skyrocketed into the top ten most-watched games on the platform between June 10 and June 16. According to a report from StreamsCharts, it was watched for a whopping 12.5 million hours throughout the week, outperforming powerhouse titles on the platform like Minecraft, Fortnite, Counter-Strike, and Apex Legends.

It had a peak viewership of 357,000 viewers spread among 1,700 different channels and averaged 24,000 concurrent viewers per stream, which is impressive. It only fell short to GTA, League of Legends, and VALORANT.

Of course, these numbers were boosted by a slew of popular streamers who streamed the game, including Felix “xQc” Lengyel, Raúl Álvarez “AuronPlay” Genes, Rubén Doblas “Rubius” Gundersen, and Hasan “HasanAbi” Piker.

Related: How do you unlock all paths in The Quarry?

xQc lead the charts by entertaining viewers for approximately five hours of total airtime, which translated to 400,000 hours watched based on his viewership numbers and culminated in a peak viewership of in 105,000.

As is the case with most games, it’s release day was its most successful day, and the numbers have been steadily decreasing ever since. However, it’s still performing quite well, which is a huge win for the studio.

The Quarry’s success on Twitch proves, once again, that there’s a demand for story-driven games on the platform. We saw it happen with Elden Ring ring in March 2022, which drew stellar numbers, and now it’s happening again.