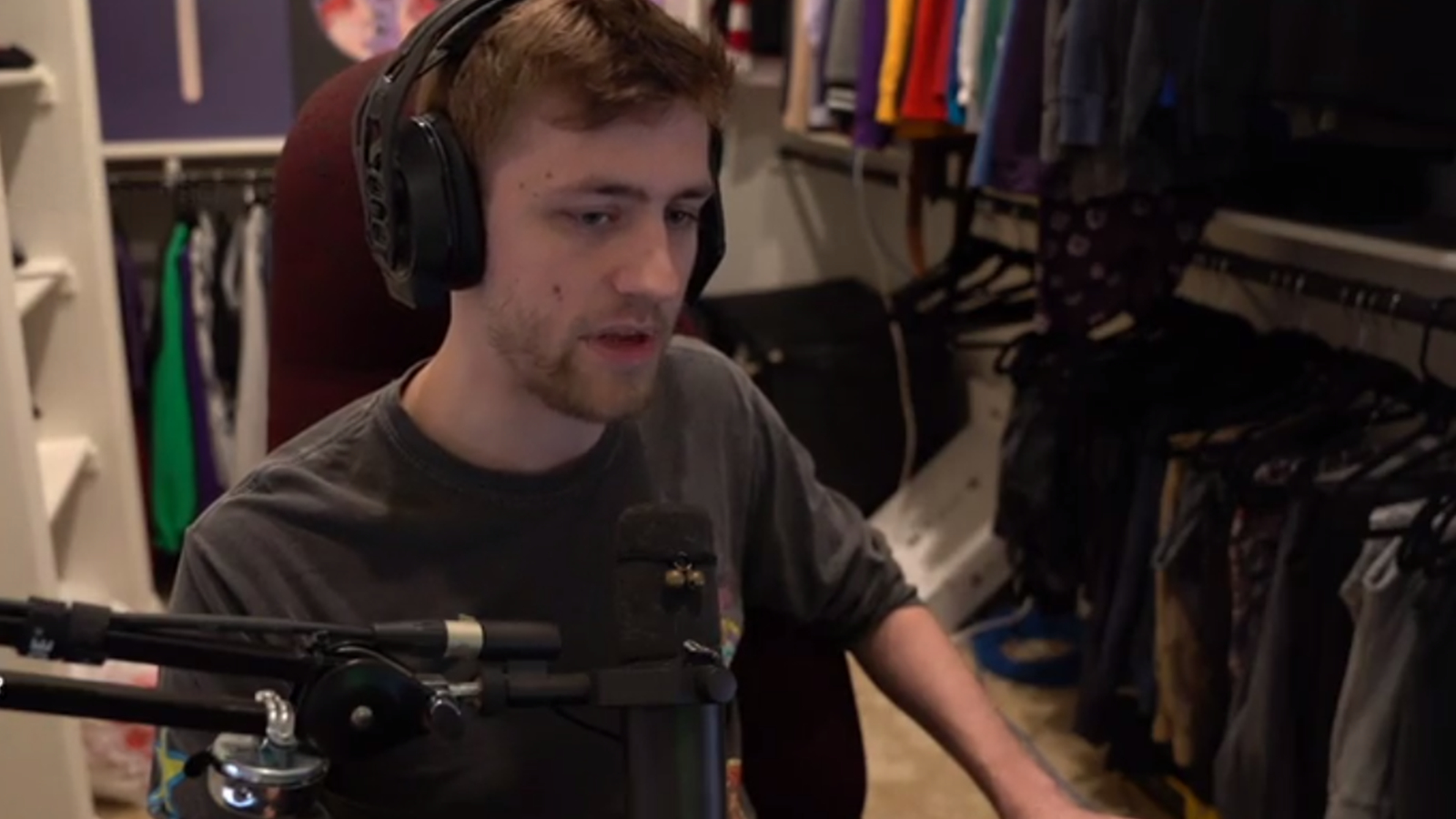 Popular Twitch streamer Chance “Sodapoppin” Morris has now been unbanned. The star was handed a surprise ban on April 13 which lasted for two weeks—seven days longer than many in the community were originally expecting.

Twitch, as per usual, did not reveal their reasoning for banning Sodapoppin, however, fans have speculated it came as a result of a “black face” joke he made.

Prior to his suspension, Sodapoppin had been creating a character for a game during his Twitch stream. When a segment of the creation popped up, he made the comment that he now assumes led to his suspension.

On April 9, prior to his ban, Soda issued a statement.

“Well, guess I gotta explain. I am edgy, but not this edgy. In the moment, I noticed “Hey character creation with makeup”, and immediately started making him darker like Mr. Potato Head ’cause he looks like him shape wise, but I realized while coloring him that I can only color in the face, and so I just said ‘Oh shit Blackface’.

“I mean, idk seemed like a harmless mistake so I just rolled with it,” the star added. “That’s the extent of how far I wanted the joke to go I guess and then move on.”

Following his channel being re-instated, Sodapoppin would echo this same sentiment when speaking to viewers, admitting he rightfully deserved the Twitch ban.

“I looked at the clip… I will say, I deserved the ban. I’m just going to leave it there.”

Sodapoppin added the incident had led to family members questioning if he was a racist. Elaborating further on his Reddit post, the streamer detailed a comment he had seen. “I saw some comments that said ‘You know what, I’ll say this, Chance is stupid enough to actually have fucked up and not realize what he was doing’ and I look at that comment and I’m not sure if I should be happy or sad, but it’s true.”

Before his ban, Sodapoppin had remained consistent with his schedule throughout 2022. Now his channel is live again the Twitch star can get back to streaming as normal.