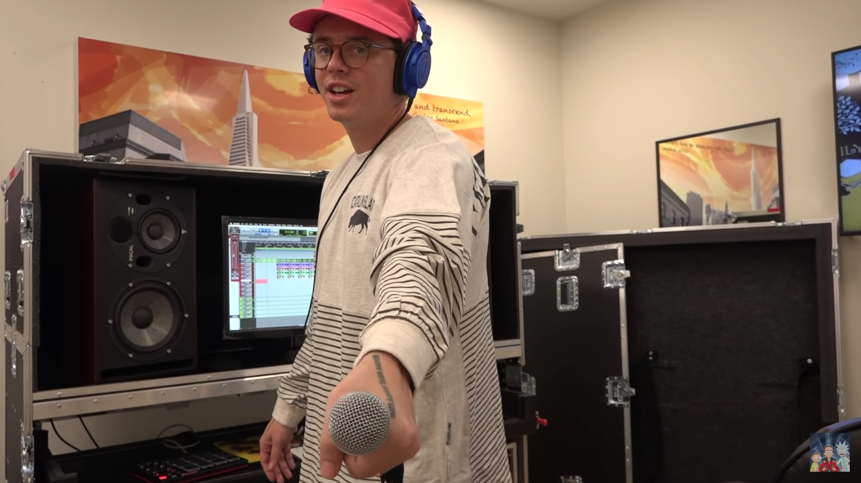 Logic’s career as a rapper might be near its end, but his first big stream on Twitch last night after announcing an exclusive contract with the platform showed potential for his second career.

Broadcasting to an average of nearly 81,000 viewers over just less than two and a half hours, Logic peaked at around 100,000 viewers while promoting his new and final album, No Pressure. Using the stream as a listening party for the new record, Logic racked up more than 11,000 subscribers and 200,000 followers, according to StreamElements.

“This is a promising start for the first music artist to sign an official exclusive contract with the platform and could open the door for more personalities whose stardom was built in other sectors of the entertainment industry,” StreamElements CEO Doron Nir said. “This was the perfect time for Logic to make the move since the amount of hours watched of Twitch’s Music & Performing Arts category soared from around five million a year ago to over 18 million a year later as of June, so Twitch was most likely now on the radar of many of his fans.”

This isn’t Logic’s first foray into streaming, though. In December, he streamed on Twitch playing Call of Duty to the tune of around 20,000 viewers during a 4.6-hour stream. The stream came one month after finishing his Confessions of a Dangerous Mind album.

While that viewership pales in comparison to yesterday, it makes sense that he generated more interest following an announcement earlier this week that he was signing with Twitch. His December stream seemed to be more of a spur of the moment decision as opposed to yesterday’s more calculated affair.

Additionally, yesterday’s stream doubled as his first stream after signing with Twitch and an opportunity to promote an album as it released.

It’s unclear exactly how much Logic intends on streaming on Twitch, or how much it’s required of him given his reported seven-figure contract with the platform, but he’s reportedly going to be streaming on a weekly basis.

“I’m not this rapper guy, man,” Logic said in an interview with The Verge earlier this week. “I’m just a nerd. I love video games. I’m blessed enough to have millions of fans and followers. So it is a great partnership. I’m going to bring new eyes to their service, they’re going to bring new money to my bank account, and—I’m just kidding.”

Twitch’s deal with Logic follows a slew of DMCA-related issues that the platform and its content creators have been dealing with for the past month or so. By adding a personality who’s ingrained in the music industry, Twitch could be looking to position itself to have more access to licensed music and combat DMCA notices that have been increasingly handed out over the summer.

If Twitch’s partnership with Logic continues to show signs of success, the platform could potentially use it to reel in more personalities in the music industry and leverage their influence to create changes to the way music can be incorporated on livestreams.