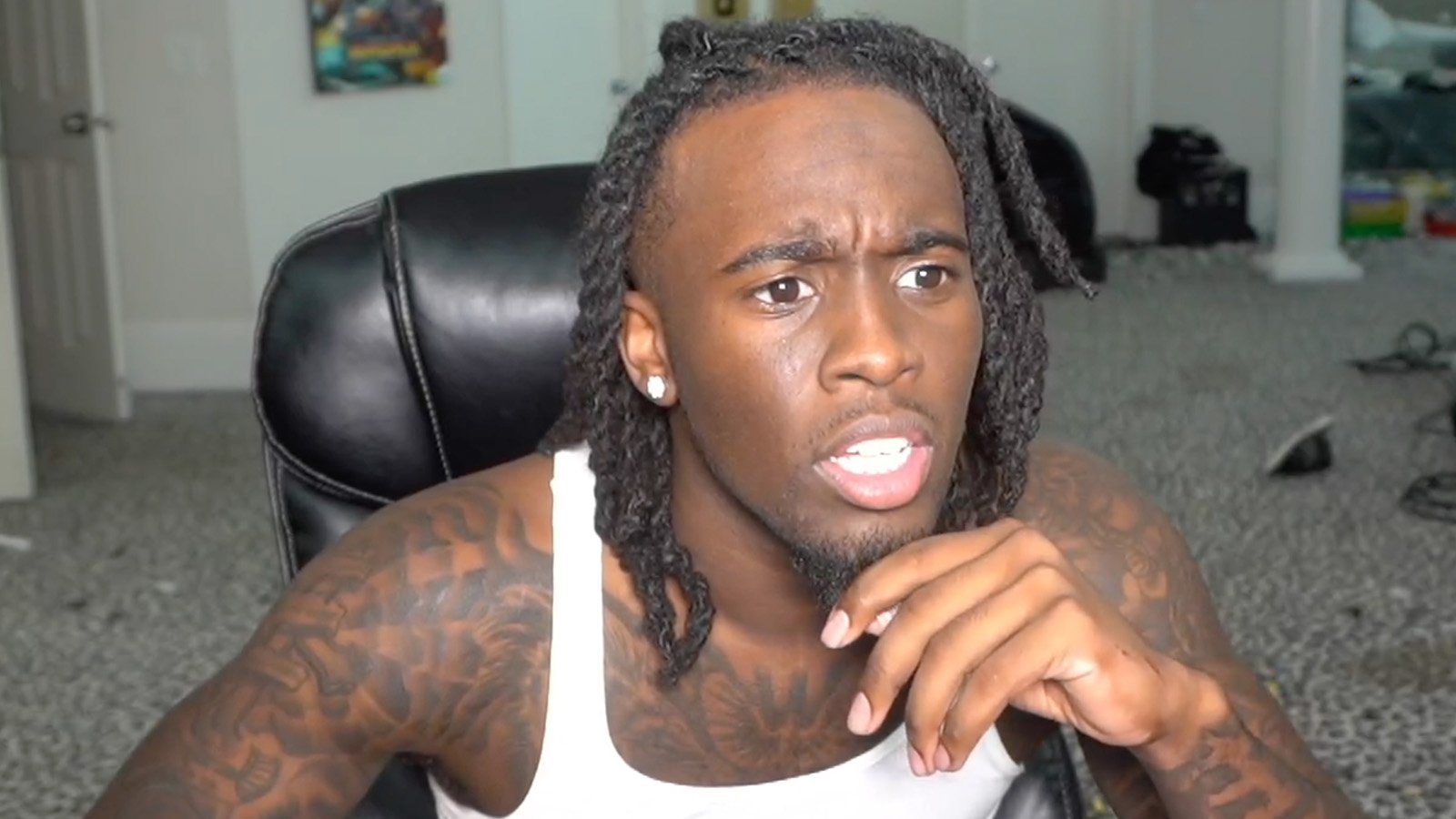 Screengrab via Kai Cenat on Twitch

Kai Cenat has been the breakout Twitch streamer of the year. His stellar growth has seen him become the second most-subscribed streamer on the platform, hitting 60,000 subscribers. But, the biggest talking point around streaming’s latest sensation hasn’t been the monumental achievement.

Instead, it’s been the perceived silence from Twitch, especially after Asmongold called them out for not acknowledging Cenat’s meteoritic rise.

Kai Cenat has stayed silent about on the whole furore so far.

That is, until he saw a video midway through his Aug. 31 stream of YouTuber Low Tier God saying it’s probably because they don’t think his content is very marketable.

“I don’t care how lit he is. Can anybody guess why they wouldn’t run behind Kai Cenat to put him on their front page or acknowledge him or anything like that?” asked Low Tier God.

After a brief pause, he answered his own question. “It’s bad marketing,” he said. “When you go in the stream, the n-word is said a million freakin’ times, and it doesn’t represent the company.”

However, Kai Cenat didn’t make it that far. After hearing the first part of Low Tier God’s take, he paused the clip and said the n-word several times on stream, implying he has no intention to change.

In 2020, Twitch issued a statement they had a zero-tolerance policy for the term when used for the purpose of hate or harassment.

Still, Low Tier God thinks that’s one of the reasons why Kai Cenat isn’t a marketable prospect for the Amazon-owned platform, which, in turn, explains why they’ve ignored his success.

“If I’m investing in Twitch…  I’m not going to have that shit on the front page of the company. If I’m Twitch, I’m letting you get the bag,” the YouTuber explained.

“What more do you want? It’s literally not marketable.”