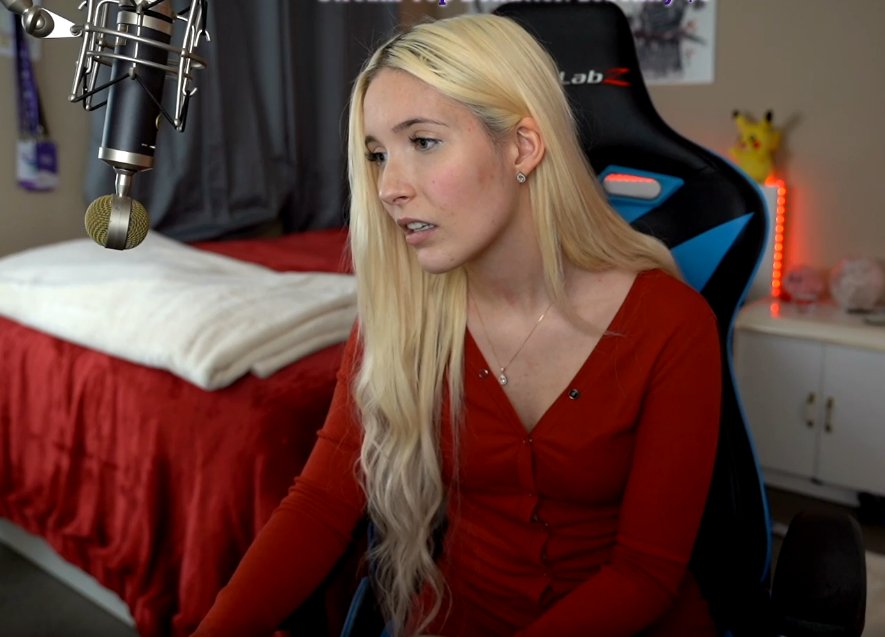 Popular steamer Jenna revealed she may switch streaming platforms after being shadow banned and losing her partner status on Twitch.

The controversial streamer came under fire earlier this year when leaked Discord chat logs revealed racist, sexist, and homophobic comments. The comments date back to 2016 and were as recent as late 2019. In response to the leaked chats Twitch removed Jenna’s partner status.

Jenna made several apologies for her comments and claimed she supported the platforms decision in removing her partner status.

Jenna made her return to Twitch yesterday and discovered she may be shadow banned after her viewers were unable to find her by searching on Twitch. The only way to access her streams is through a direct link which will not allow new followers to discover her channel.

In response to the news Jenna said the only option is to switch platforms.

“Oh my god, well I’m going to have to switch platforms then.” Jenna said. “There is literally nothing I can do.”

Jenna has more than 260,000 followers on Twitch, which means she would be leaving a large audience if she abandoned the platform. She also maintained 15,000 viewers throughout her return stream showing she has a significant audience even after the controversy. Some fans may follow her through the move, but it’s certainly risky.

Since the controversy surrounding the comments Jenna, has confirmed she will not be attending Twitchcon. Jenna’s will have to wait and see if she starts over on a new platform or attempts to redeem herself on Twitch.