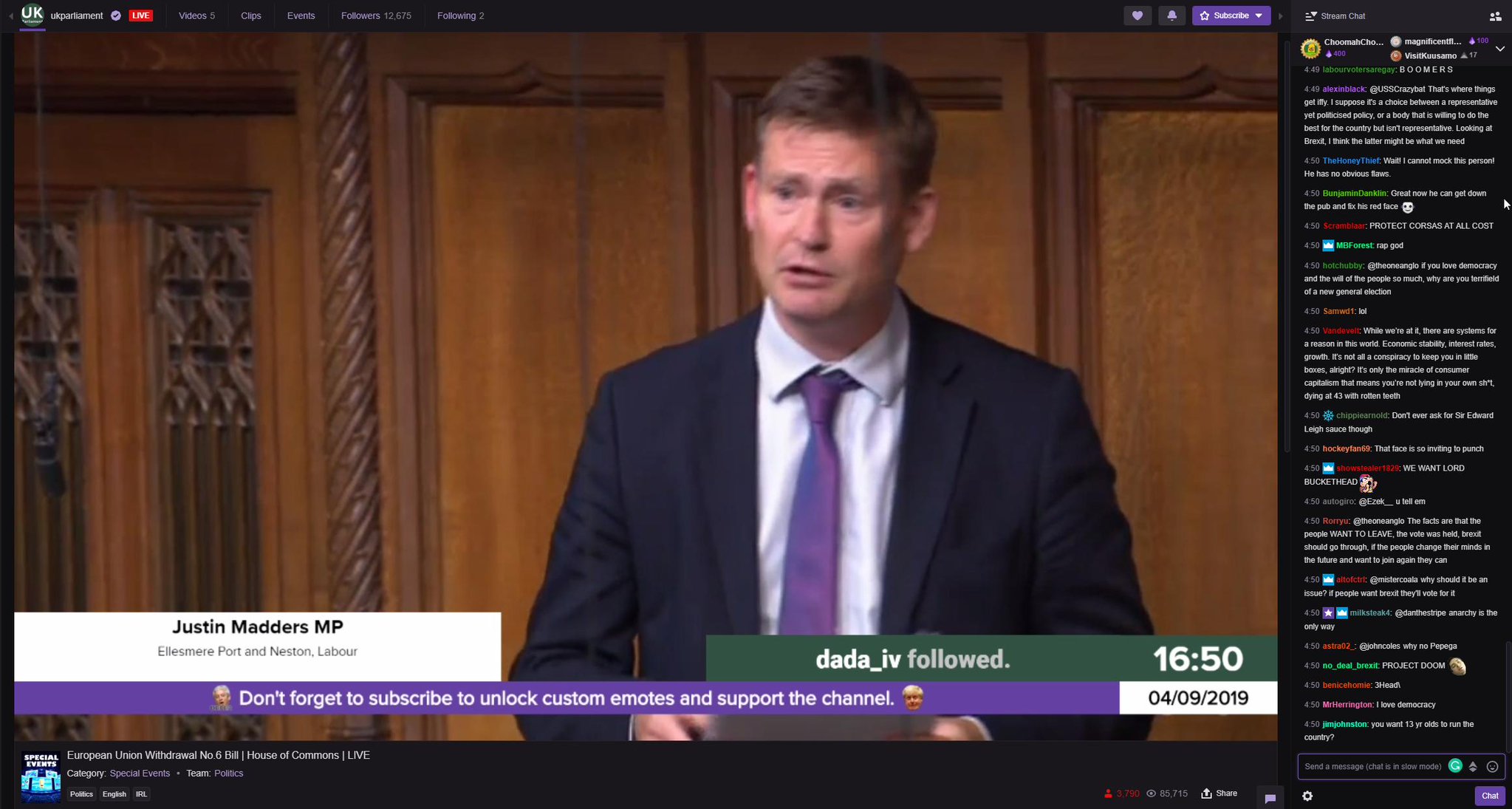 Today’s parliamentary vote on a bill that’d compel U.K. Prime Minister Boris Johnson to delay Britain’s exit from the European Union to avoid leaving without a deal was successful—and it was all streamed on Twitch.

The U.K. Parliament now has a semi-official Twitch channel set up by a third party that comes with hilarious emotes of notable politicians, such as former Prime Minister Theresa May and Leader of the Opposition Jeremy Corbyn.

The best part about parliamentary discussion now being broadcast on Twitch is the fact that the chat can give its opinion on matters. And with the collective group of gamers spamming emotes and memes, politics suddenly become more entertaining to some viewers.

Surprisingly, there were a lot of “remainers” and anti-conservative viewers. An overwhelming majority of the chat was poking fun at the prime minister and egging on other politicians, such as Corbyn (calling him Jezza) and Father of the House Kenneth Clarke.

Immediate reactions to the results of the vote that sent a bill to the House of Lords to block a no-deal Brexit included jabs at the prime minister, quoting “not a good start, Boris” from yesterday’s vote. A few other Twitch viewers asked “what does this mean” and “I have no idea what is even going on.” 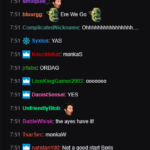 Some Boris supporters chanted rhymes in chat and criticized the vote for “sending Britain into utter chaos.” Others noted the hilarity of the situation and joked that “Twitch plays democracy” and “TWITCH DOES POLITICS.”