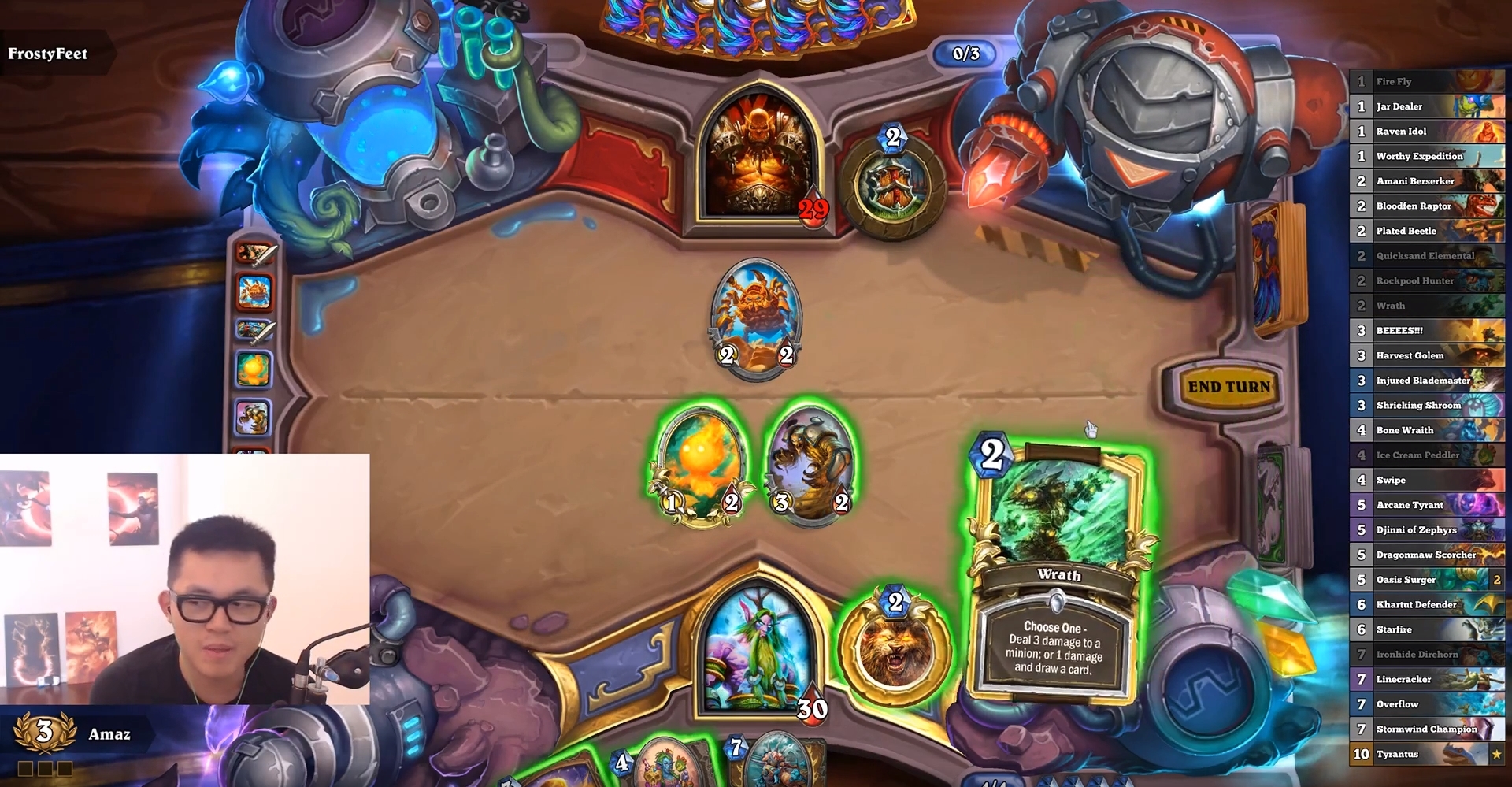 While streaming a game, Amaz was asked by a viewer if he had a comment on Blizzard suspension’s of Blitzchung for supporting Hong Kong’s independence on a recent stream. Instead of directly commenting on it, though, Amaz dove into an analogy.

“I have a comment about the chat right now,” Amaz began. “Imagine the inventor of ramen—the guy who invented ramen—is like a sexual harasser, or something. Something really bad. And now, people are outraged by that, so what they do—so this is chat, okay—they go to ramen places, people eating ramen, and they’ll go like, ‘Why are you supporting this guy?’ That’s basically what’s happening.”

Related: Who is Blitzchung, the Hearthstone pro recently banned from competitive play?

The analogy presumably stemmed from viewers commenting on Amaz’s stream (and possibly other Hearthstone streamers) about how they’re supporting Blizzard. Earlier today, the company ignited controversy when it suspended Blitzchung and refused to pay out his Grandmasters prize earnings.

But Blizzard, through its ruling on Blitzchung, has put some of its most popular personalities in harm’s way.

These players and streamers will be under a proverbial microscope in the coming weeks and months as fans continue to ask for their personal opinion on the matter. How they choose to react to that, whether it be analogizing the incident to ramen or not, will be a significant talking point for Twitch chat.