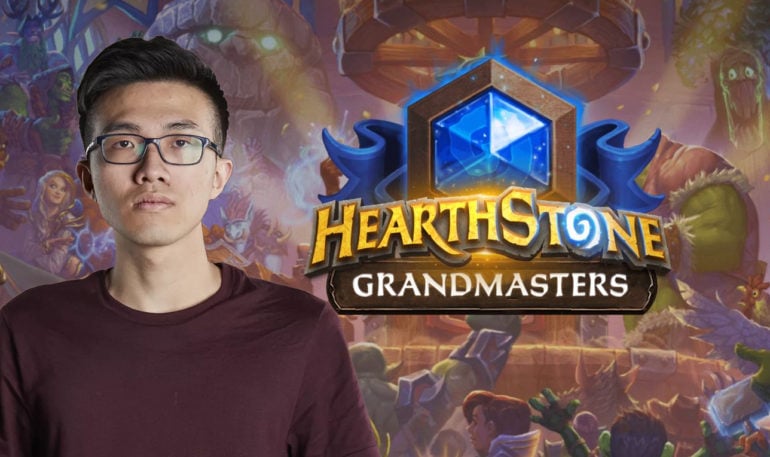 The internet quickly rushed to Blitzchung’s defense, though. If you visit the official Hearthstone subreddit right now, you’ll notice that it’s plastered with calls for a boycott. Players are even going as far as to refund their Warcraft 3 pre-orders as a way to express their frustration with Blizzard’s decision.

But who exactly is Blitzchung?

A deep dive into Blitzchung’s Twitter reveals that he’s been passionate about the treatment of Hong Kong’s citizens for a long time. In June, Blitzchung retweeted an image comparing the actions of Hong Kong policemen to those of the Nazis during their reign in Germany.

Blitzchung has spent the better part of his life since 2017 playing and succeeding at competitive Hearthstone. In April 2017, Blitzchung won over $1,300 by getting a top-four placing at the TW HK and MO Elite Tournament. Blitzchung saw further success when he competed at the HCT 2018/19 Season One Asia-Pacific event and won $1,000 for placing 66th.

Blitzchung continued to compete at tournaments regularly and eventually earned over $20,000 in Hearthstone prizing. Blitzchung’s success earned him an invitation to the Grandmasters program, as well as the title of Grandmaster.

Throughout 2019, Blitzchung performed reasonably well as a part of the Grandmasters roster for Asia-Pacific. He came close to a number of top-10 finishes and was still able to earn a reasonable amount of prizing along the way.

But Blizzard has decided to remove Blitzchung from the Grandmasters program following his pro-Hong Kong statements during a post-game interview. Blitzchung is also banned from participating in Hearthstone esports for 12 months. His ban began on Oct. 5. In addition to the ban, Blitzchung will lose $3,000 in prize money that he earned during Grandmasters 2019 Season Two Asia-Pacific.

Although Blitzchung is probably getting more attention than he’d like right now, at least he knows he has the support of many people in the Hearthstone community. You can see Blizzard’s justification and official ruling on the issue here.