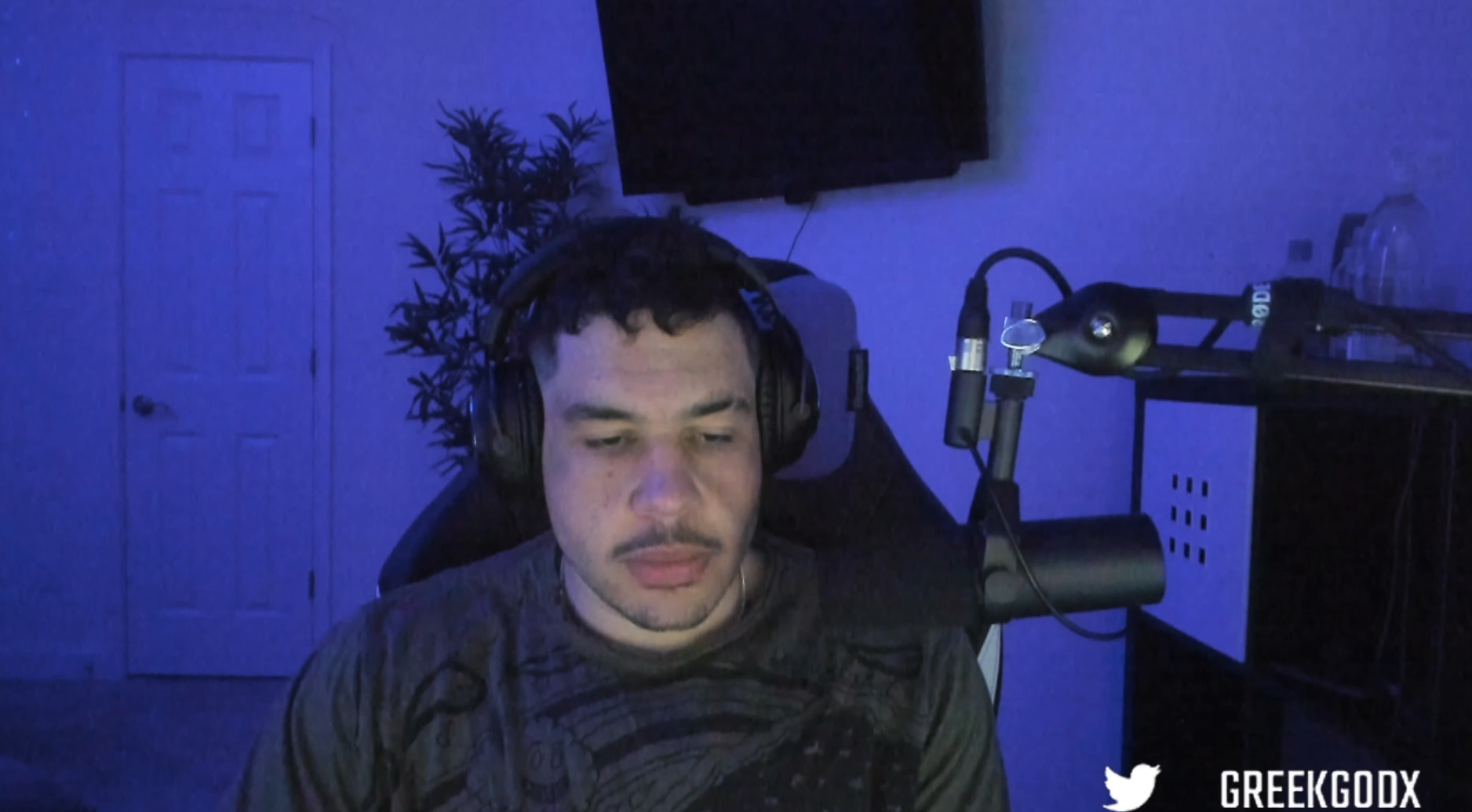 After a controversial ban from Twitch, Greekgodx reported that he will be suspended from the platform for two weeks and continued to contest the reason behind his ban.

On a July 28 livestream in Greece, Greek broadcasted himself walking past a family and proceeded to make unintelligible sounds, which many viewers believed to be a mockery of Asian languages. Greek rejected this claim, saying the family was not Asian and cited his own alleged Asian background as a defense against racist accusations. Despite his protests, Greek’s Twitch channel remained suspended.

One day later, Greek revealed that his Twitch channel will remain banned for two weeks and that he was officially suspended for hateful conduct. The streamer said he submitted an appeal to potentially shorten his ban’s length. Greek went on to advocate for all streamers mocking or parodying any language to fall under the same hateful conduct offense.

“If I hear a single streamer mock a British accent I’m gonna freak out,” the banned streamer said. “That is 100% racist from now on.”

“History of usage, intention etc play a big role in that dynamic. Stop being a fuckass and get a grip will you? We know this isn’t you. Fuck off.”

Though xQc continued to debate with Greek’s followers in the replies, the banned streamer himself did not comment aside from his initial report of the ban.