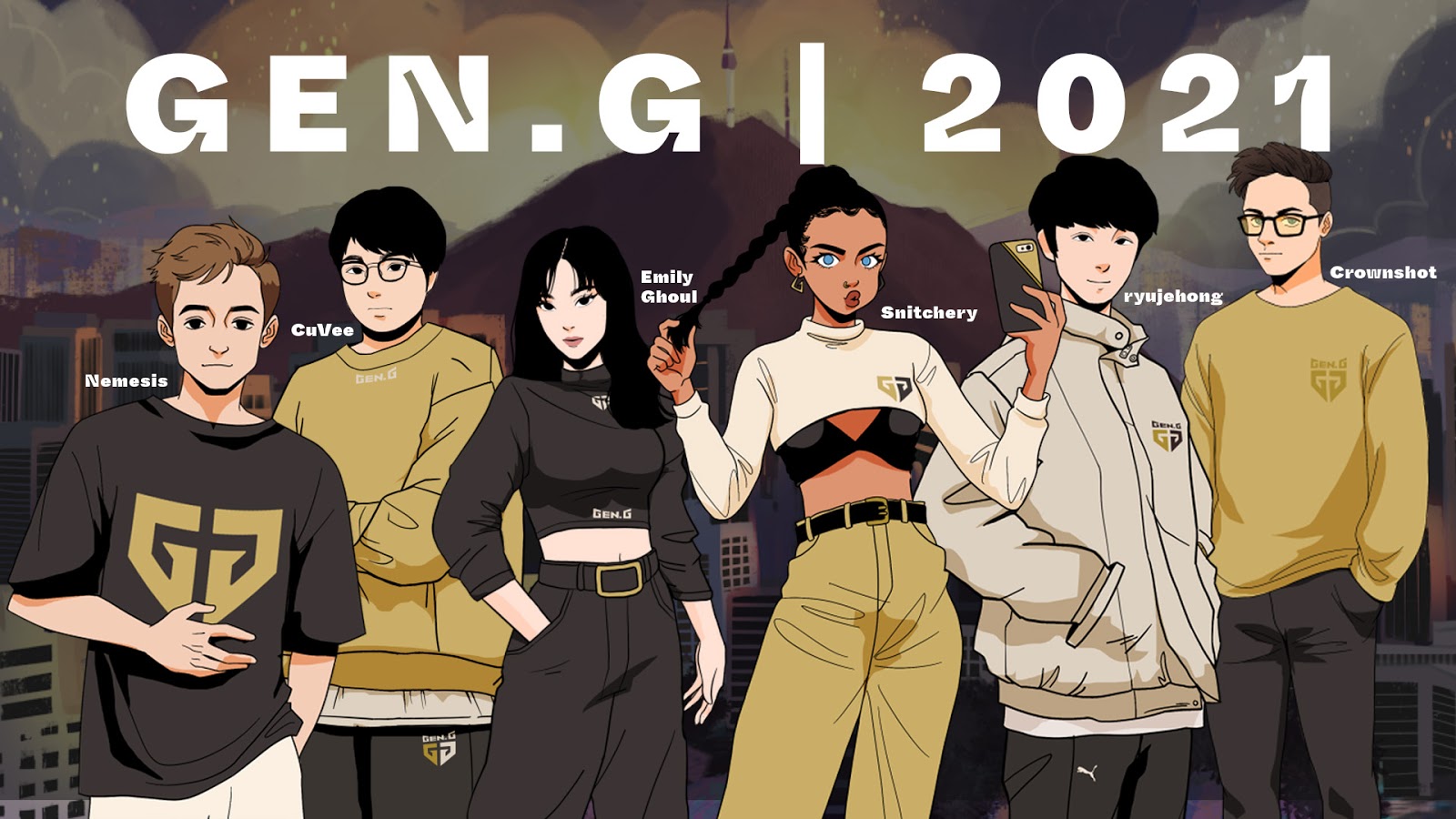 After a relatively quiet offseason from Gen.G, the organization announced the extension of its content creation team for 2021 today. The signings include a combination of professional players from numerous esports and gaming and media influencers who will produce a mixture of Korean and English content on Twitch, YouTube, Instagram, and Twitter.

Gen.G’s notable content creator signings for international League of Legends fans include mid laner Nemesis and AD carry Crownshot. But these players will be taking on a different role to that of their time as pros in Europe—they’re joining Gen.G as part of the org’s League content team.

Both players showed strong performances in the LEC in 2020, with Nemesis appearing at his second World Championship in as many years with Fnatic. Crownshot missed out on a Worlds spot after falling out of the first round of the LEC playoffs but had a strong showing throughout 2020 and was the shining light on an at-times inconsistent SK Gaming roster. Both players have leaned heavily into streaming during their respective offseasons and appeared frequently on co-streams of the LCS with analyst and community figure LS.

Their role as content creators in Korea will mainly revolve around “doing live-reviews of matches while they train on the ladder,” according to Gen.G’s COO Arnold Hur. He explained in a Twitter thread that the acquisitions will help the organization “show the world what’s so special” about its League team and presumably open up the LCK roster to more international fans.

In addition, Gen.G announced the signings of ex-LCK players Ambition and CuVee, who will also stream League content. Both Ambition and CuVee played for Gen.G for a stretch of their careers and will be working on “bigger initiatives” alongside “some of the biggest content creators in Korea,” according to Hur. Both will stream content focused on solo queue, with Ambition having streamed under the Gen.G banner since his retirement from competitive play in December 2018.

Outside of the League world, the organization announced the return of Seoul Dynasty legend Ryujehong in a content creation role for Overwatch. Influencers Emily Ghoul and Snitchery will assist in content creation in the wider gaming and culture space, too.

These signings round out a dual-language content creation roster that seeks to increase Gen.G’s popularity as a global brand.