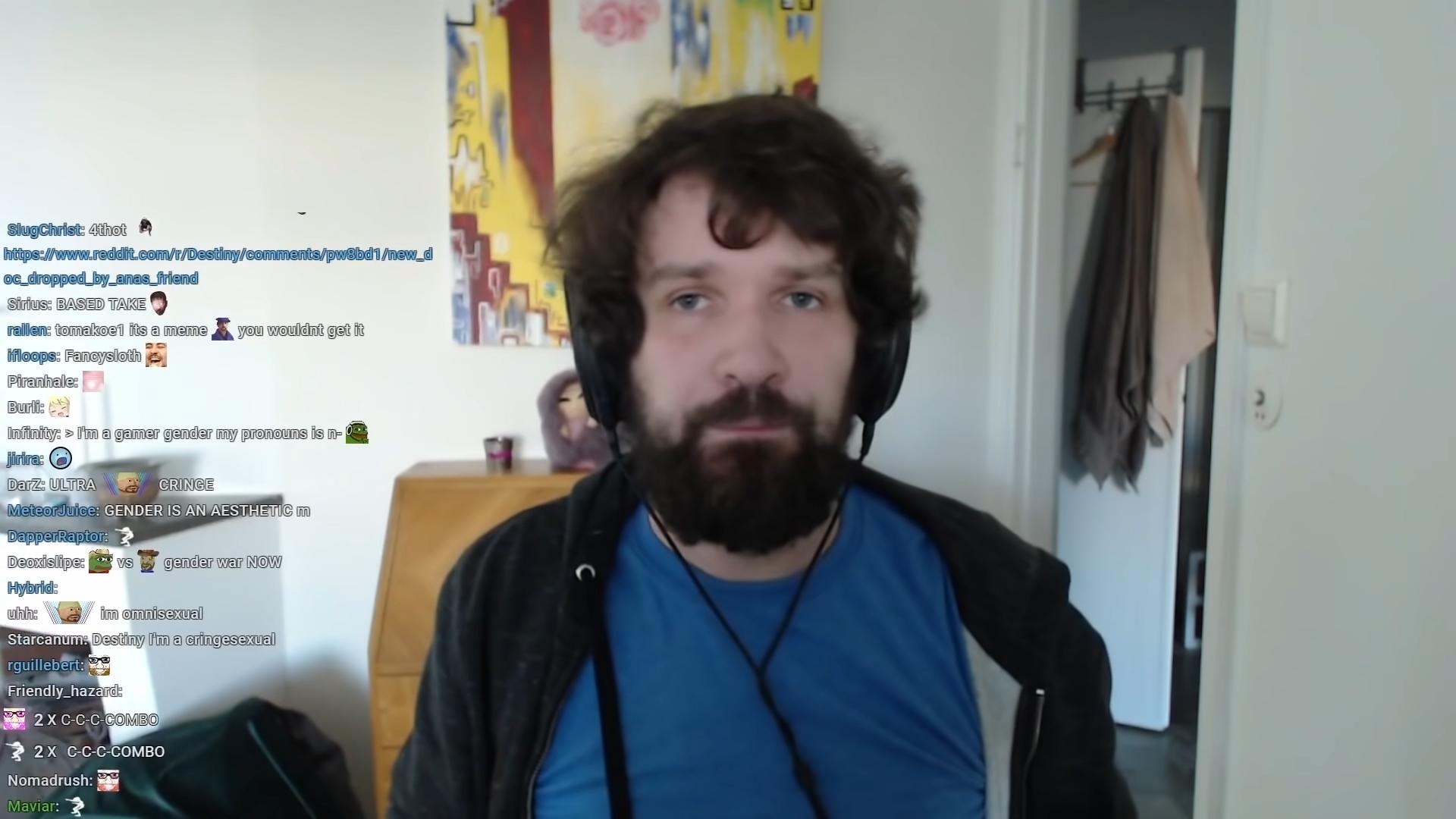 Over the years, Destiny has been the subject of controversy and has been banned from Twitch numerous times since 2019. Before today’s removal from the platform, Destiny was previously banned in April because a person he was debating on his Twitch stream showed “explicit content” via Destiny’s channel. And last year, Destiny was banned multiple times and lost his Twitch partner status.

This time, it seems like Destiny was banned for reading an email on his stream today from a Twitch staff member that purportedly included a corporate email address.

The Twitter account linked to Destiny’s official YouTube channel provides more insight into the details of the reasoning behind his latest ban. Destiny, according to chat screengrabs, believes he was banned for leaking personal or private information, which in this case is the Twitch staff member’s work email address.

Another Twitter user posted a screengrab of what appears to be a more detailed chat log of Destiny expressing confusion and frustration about being banned.

“I could theoretically guess every single Twitch employees email,” Destiny responded. “Every ban I get is indefinite lol,” he said regarding his ban duration.

It’s unknown at this time when Destiny’s Twitch ban will be lifted.