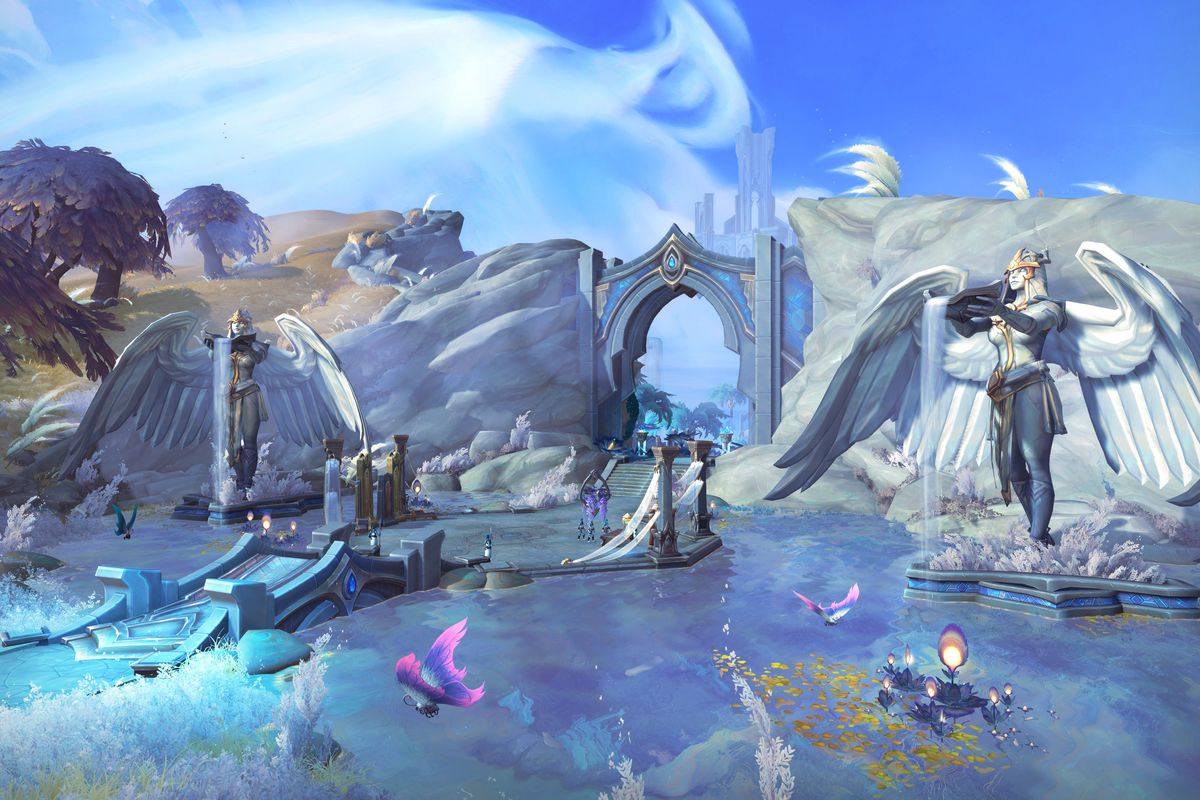 Blizzard’s developers might be working from home, but they’re still working to get the next expansion of World of Warcraft prepared by the end of this year—as promised at BlizzCon 2019. Six months after announcing World of Warcraft: Shadowlands, Blizzard gave fans more details about the upcoming expansion in a developer update on April 6.

One of the most promising changes is the addition of Covenant abilities. They’ll come from four ruling powers controlling the Shadowlands, each of which is in desperate need of aid from the heroes of Azeroth. In exchange for your help during a long quest-chain, the Covenants are willing to share a piece of their power and access to the rewards and other blessings, boons, or temptations they have to offer.

This Covenant system could present a major problem to both WoW players and the developers, however.

The four ruling powers are Kyrians, Necrolords, Night Fae, and Venthyr. Each one of them focuses on one specific branch. Kyrians are the angelic beings that embrace humility and discipline. Necrolords are made up of liches, spies, and other unholy beings who make up the army defending the Shadowlands. Night Fae are the guardians of nature who helped Cenarius return to Azeroth during the Cataclysm. Venthyr are the vampiric punishers of those deemed unworthy by the Arbiter, the ruler of the Shadowlands.

Players will be able to experience all the abilities granted by these Covenants during their leveling process. But at one point, they’ll have to lock themselves into one Covenant with no choice to switch to another. Every Covenant will grant one specific Covenant ability regardless of race, class, or specialization that represents the Covenant and one class-specific ability.

Where’s the issue? Everyone gets a new ability

A lot of feedback was provided over the past two days by the majority of the WoW community regarding this lock-in process. Once you lock-in with a Covenant, you won’t be able to switch to another one. If you’ve played WoW for some time, you already know that there’s no “best-in-slot” item or talent for every scenario. The game provides many challenges both in PvP and PvE situations. As a result, players need to adapt their gear choices, talent skills, and honor abilities.

Locking players into one choice forever was always going to be a recipe for disaster. What happens if a Covenant ability gets nerfed or buffed? Those who picked other abilities might look with envy and ask for their ability to get updated as well.

Multiple active community members expressed their distaste for the upcoming system, recommending alternative solutions to Blizzard before the changes are released on the live servers.

Asmongold, one of the most popular figures in the WoW community, recommended giving a talent row instead of locking it behind a quest chain forever.

Ziqo, a multi gladiator and freelance caster for Blizzard, expressed his feeling—which many players share—that abilities should only be locked behind leveling, not items, reputations, or other systems.

Blizzard is known for promising a lot and under-delivering due to time constraints. The Battle for Azeroth expansion is the most recent example. Blizzard promised interesting systems to acquire gear and better class design, but once BFA was rushed to hit its release date, a lot of things were scrapped.

With the current situation of quarantine, the expansion normally should be delayed as well. But since there’s no news on this, some active people in the community are worried that Blizzard might release Shadowlands unpolished like BFA and work on the Covenant system on the live servers.

The current vocal opinion is that the Covenant abilities should be included as an additional talent row that can be unlocked with a quest chain and every player should be able to freely change their abilities based on their necessities. The fewer restrictions there are on players, the more interest they’ll have in playing the game. One recent successful change was the lessening of transmog restrictions, which brought back a lot of players to invest time into farming up gear to look different compared to their peers.

While there are plenty of solutions to have a more enjoyable game experience, Blizzard decides what action to take in the end based on player feedback.

The World of Warcraft: Shadowlands alpha was supposed to be released soon, but due to the COVID-19 pandemic, the team working on it transitioned to a work-from-home setup, which has some drawbacks. The team isn’t ready to release a playable version to the public yet. They’ll be sending alpha invites later this month when they have a more refined version, so check your emails to see if you’re one of the lucky players who received one.