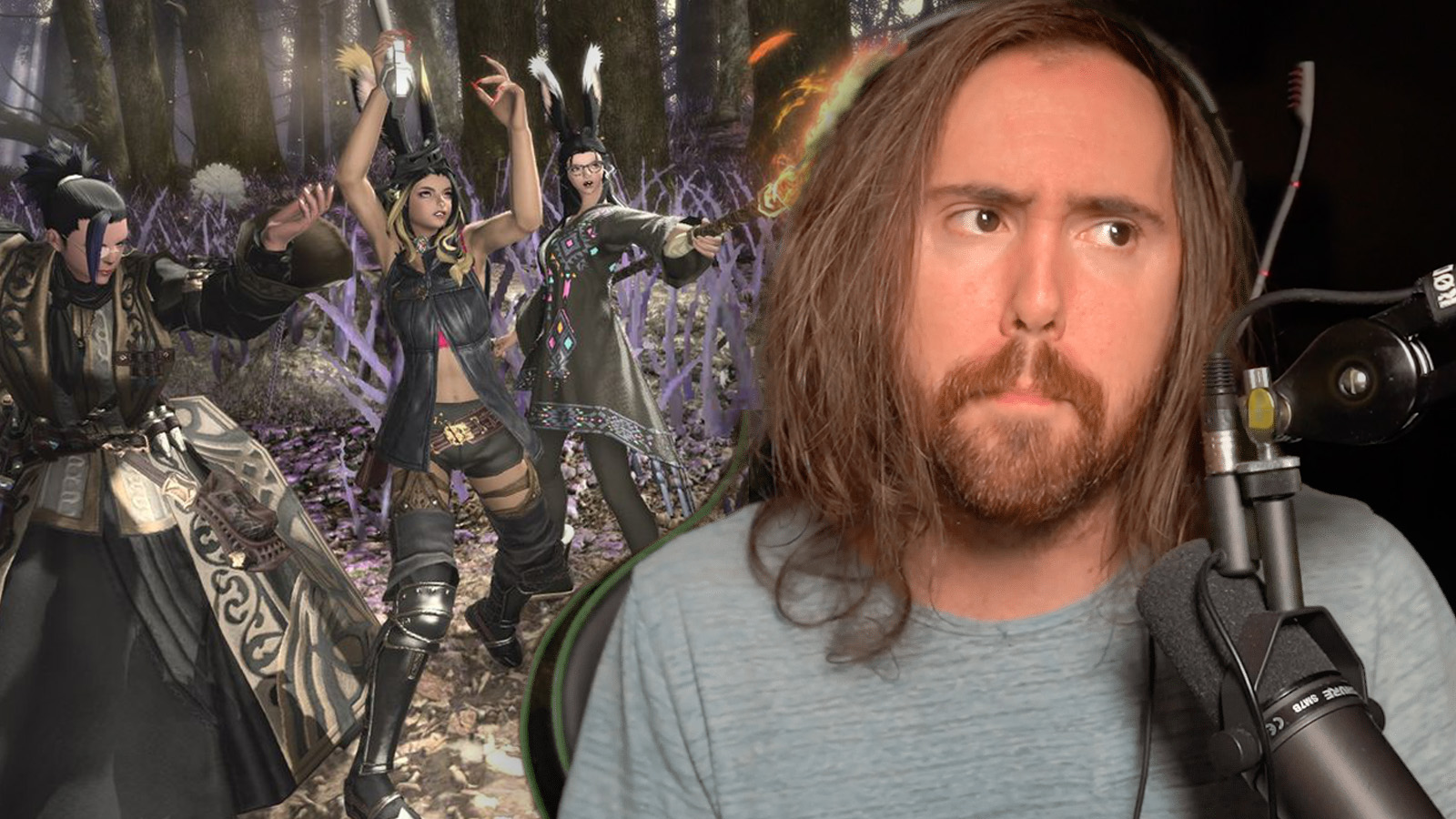 Image by Square Enix and Screengrab via Asmongold on Twitch

After taking an extended break from playing Final Fantasy XIV, top Twitch streamer Asmongold made an emphatic return to the popular MMO on June 23, much to his fanbase’s joy. However, he’s already having second thoughts.

“I don’t want it to be another one of the situations where my stream turns into a Final Fantasy XIV stream. I don’t want to do that,” said Asmongold on June 28.

He described the situation as one where his community becomes fixated on him playing the game and gets mad if he spends a portion of his stream doing anything else, which has happened in the past. “I don’t want to do that again. It becomes very constraining. I’m not a fan of that at all. It’s super obnoxious.” he explained.

The Twitch star also said he hates when fans claim he doesn’t enjoy the game.

Asmongold said not only does that make him want to play the game less, but it also deters him from wanting to play at all. The constant fighting, bickering, and scrutiny are “too much to bear,” and so he avoids the situations entirely.

It’s not the first time Asmongold has called out his Twtich streaming community for such behavior either. For example, he cracked down on fans who lost their minds when he streamed Diablo Immortal by culling posts and complaints, and eventually dropped the title altogether.

He isn’t doing that this time around. However, his enthusiasm to play is waning. He didn’t end up playing it during his stream on June 23 and opted to play Fall Guys instead.