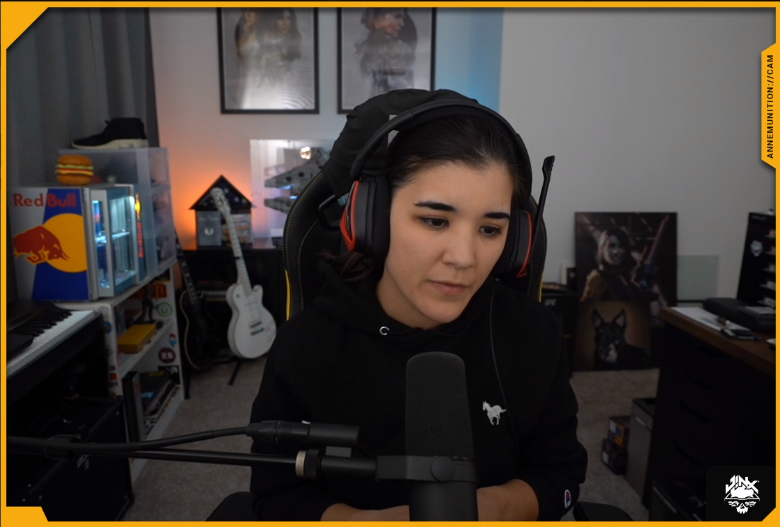 Popular streamer Anne Munition is sticking with Twitch. She announced earlier today that she’s signed a new multi-year contract with the platform.

The dedicated streamer has built a significant following with just under 630,000 followers on Twitch and has created a positive environment for her community.

Anne started streaming in 2014 and quickly gained a consistent audience, which allowed her to become a full-time streamer a year later. Her consistent streaming schedule, friendly demeanor, and dedication to eliminating toxicity in her community have allowed Anne to cultivate a healthy streaming environment for her and her fans.

In January, Anne received a nomination for a Shorty Award alongside other big names such as Dakotaz and NICKMERCS. She also raised over $32,000 for charity during a two-hour stream last year and easily surpassed her $5,000 goal within 30 minutes.

The details of  Anne Munition’s new deal with Twitch were not disclosed, but it will keep Anne on the site for the foreseeable future. In a statement to Forbes, SVP of content at Twitch, Michael Aragon, expressed the company’s thoughts on Anne Munition and how she’s a positive presence on the platform.

“Anne Munition’s channel and presence on Twitch embody the purpose of our service: a place where communities can grow and thrive through meaningful conversations and welcoming online environments,” Aragon said. “We feel privileged to continue our partnership with Anne Munition and are excited to bring her content and positivity to even more people over the next several years.”

Fans will be able to enjoy Anne’s daily streams on Twitch going forward as she continues to provide entertaining content in a safe environment.