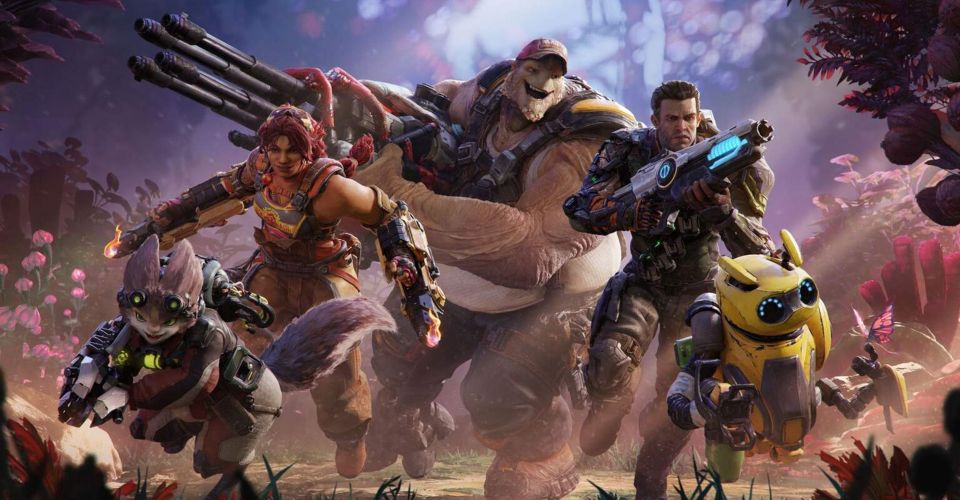 Amazon Game Studios released its first game yesterday in the form of a free-to-play sci-fi shooter Crucible, and while the developer took some steps to market on Twitch, it only dipped its toes in the water compared to the approach others have taken recently.

The use of Twitch as a tool to promote a video games is one of the most powerful tools that a game publisher has in its arsenal. Publishers like EA, Riot Games, and Activision Blizzard are notorious for funneling marketing resources into the streaming as a way to get their game in front of consumers.

And it makes sense. By using Twitch as a vehicle for advertisement, developers are exposing the most endemic consumers to their game. Using a platform like Twitch is perhaps the most direct way to connect with the audience they’re trying to seduce into buying their game.

The marketing strategies by top developers take a wide array of approaches. Most will at the very least pay some top streamers to try a game out on stream, and some will even give viewers special access to cosmetics, or even early access to the game itself, for watching on Twitch.

Additionally, developers will oftentimes try to promote their game by doing interviews with streamers as a way to come that much closer to understanding their audience.

While Amazon did a little bit of everything yesterday to try to win over gamers, its approach made it clear the game-developing rookie is still testing the waters.

Amazon hasn’t responded to a request for verification, but according statistics on the top content creators to play the game, Amazon sponsored at least a few streamers to play on Twitch.

TimTheTatman led all other content creators with more than 167,000 hours watched for his four-hour block of dedicated stream time, and he spent much of his time playing with DrLupo. Both of the streamers played the game with “#ad” in their title, denoting they were being paid to play.

Other notable streamers to play the game included Lirik, Vale, SypherPK, and JoshOG. While nothing on Lirik or Josh’s channel titles or social media suggested that they were being paid to play, Vale and Sypher each were openly partnered with Amazon.

All-in-all, the game has around 752,000 hours watched on Twitch since being released according to Sullygnome.com, but much of that viewership came from a short four-hour window when a few content creators were playing the game.

Amazon’s attempts at promoting their game weren’t limited to buying airtime on streamer’s channels though. On both Vale and SypherPK’s streams, the Crucible team spent time talking about the game directly with the content creators, and on Sypher’s channel in particular, the developers video chatted for 45 minutes going over everything someone might be interested in knowing about the new game.

In addition to a Q&A, Sypher was also involved in helping to promote the game with an early access giveaway on his stream where 50 people were able to get into the game early by being randomly rewarded by Amazon Game Studios.

While Amazon Game Studios may not be able to replicate the same sort of massive marketing efforts that more established developers execute regularly, the fact that they’re using many of the same tactics speaks volumes to the effectiveness of those strategies.

At the same time, however, a newer game developing company mimicking the industry’s top dogs will serve as an important case study. Sometimes it’s unclear how much of a publisher’s success stems from marketing on Twitch.

There are a plethora of variables that go into how well-received a game by EA, Riot or Activision is, and frequently, the developers’ history and size play a significant factor. For the up-and-coming Amazon development team, that storied past doesn’t exist, making its marketing a unique case study.

Whether or not Crucible ends up being largely successful with a strong following on Twitch and a sizable player base, Amazon’s attempts at marketing the game in the first days of its launch will be able to help give a better picture of how developers can approach promoting a new game.