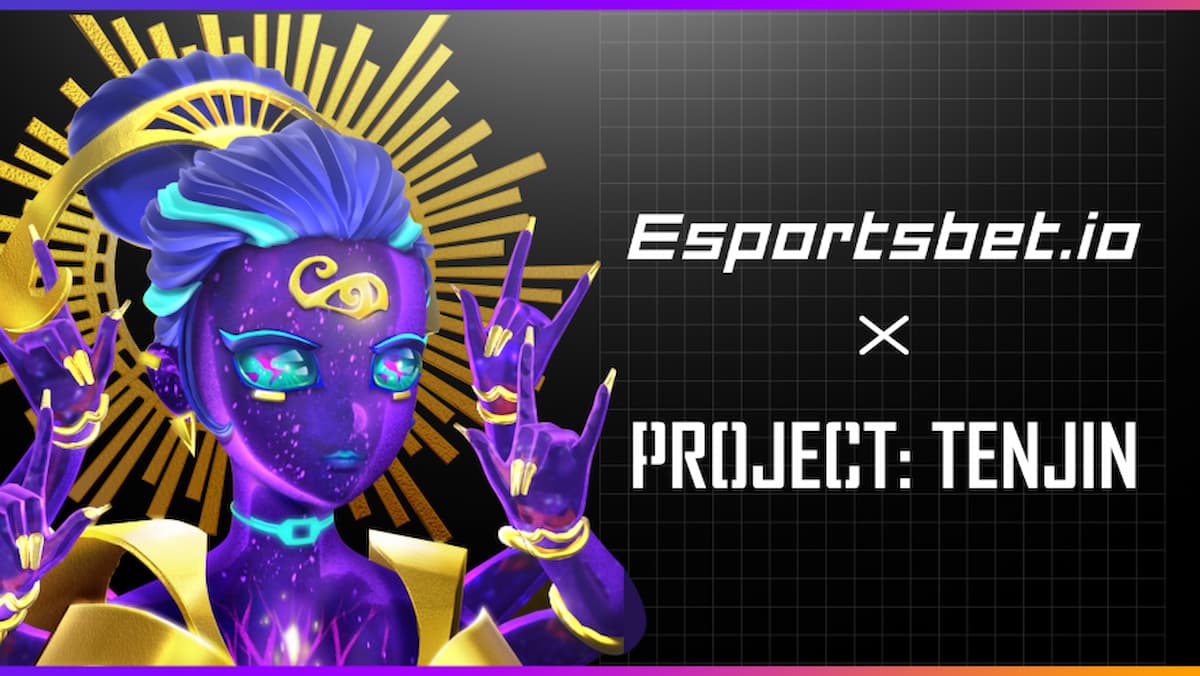 This article is proudly sponsored by EsportsBet.io

Since launching in 2021, EsportsBet.io has grown into one of the biggest esports betting options, giving players the ability to easily buy and deposit crypto and bet on countless unique odds from over 500 matches a day, all powered by AI-driven technology.

Now, as the company prepares to delve into a new decentralized autonomous organization (DAO) EsportsBet.io has partnered with Project TENJIN and AVTR Studios to enhance the presence of esports in the metaverse by developing an esports arena.

“When it comes to esports and the metaverse, there’s a significant overlap in terms of audiences and interests,” AVTR Studios founder Sean Takahashi said. “AVTR shares a lot of values with EsportsBet.io, so it’s only natural that we teamed up together. The team at EsportsBet.io all share the same love we have for crypto and Esports and we couldn’t be more excited to join forces with them.”

AVTR Studios recently sold its entire collection of 7,500 TENJIN NFTs, valued at over $1.6 million, in just under eight minutes. And off the back of the success, the company is taking Project TENJIN into the metaverse.

Working under the TENJIN Lands title, this new metaverse project is being developed in partnership with multiple graphic designers who worked on PlayStation 5 projects utilizing Unreal Engine 5. The project includes three tiers for property in the metaverse, including ownable property and integrations with established brands. The released project will be a fully explorable 3D metaverse with a focus on user-environment interaction. Holders of the NFTs will gain access to exclusive lands such as YAMI land, Legendary KAMI Land, partnered influencer showcase lands, Tower of Games, and the Esportsbets.io Gaming Dome.

Once it launches, AVTR Studios and EsportsBet.io want to make TENJIN Lands a hotspot location for esports fans to gather and watch all the biggest matches in real-time in the Esportsbet.io Gaming Dome, with potential exclusive odds available too. TENJIN Lands will be the first project in the NFT and metaverse space to have such wide esports and casino gaming integrations.

“In 2021, the League of Legends World Championships attracted over four million viewers. Even smaller games like Rocket League can easily pull in over 200,000 viewers. We want people to be able to watch these games with their friends in a shared space,” Takahashi said. “We’re all too familiar with live arenas selling out in minutes, but virtual theaters, where fans and their avatars can get together to root for their favorite teams, can accommodate as many as needed. In our new metaverse, we’ll be partnering with EsportsBet.io to create a one-of-a-kind esports dome for all of our users to enjoy and even bet on all the biggest matches.”

For more information, you can visit the Project TENJIN Discord, Instagram, or the TENJIN whitepaper section on the AVTR Studios website to stay updated on the upcoming $MIND token.

And, with the World Prediction Series season two coming up, users can enter for free, get some free-to-play DJT currency by signing up, and can earn a shot at the 10 million USDT prize pool.