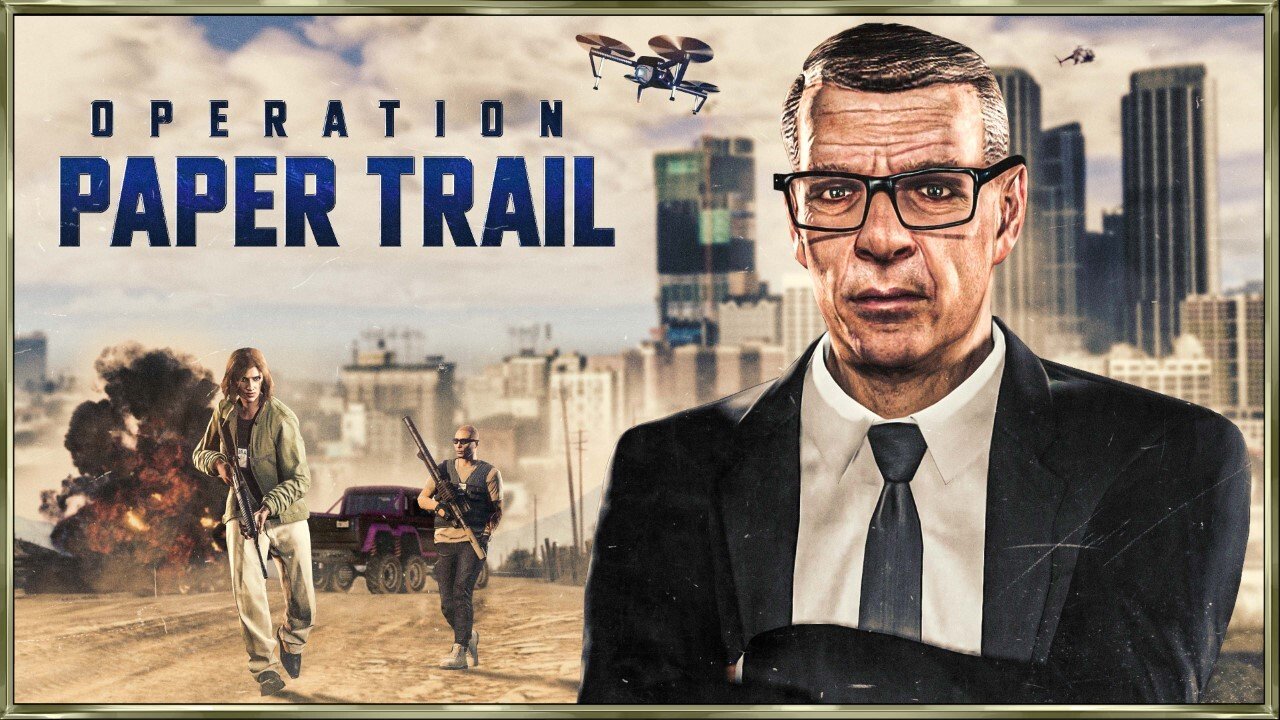 GTA Online’s Criminal Enterprises update was announced some time ago and finally released on July 26. The update brought in additional elements to the game by adding new missions, new vehicles, and a lot of quality-of-life updates fans were hoping for.

As is with every Rockstar Games update, Criminal Enterprises’ new missions are plentiful and full of content. One such mission is “Operation Paper Trail,” in which players play as undercover agents.

In this mission, the massively rising oil prices are causing a lot of concern to the authorities everywhere.

Due to this, players are tasked to investigate the local petrochemical tycoons, the Duggans. Players can play as a solo agent or as a party of four undercover agents to confirm whether the Duggans are the reason behind this. This is how you can start the mission.

How to begin “Operation Paper Trail“

To start Operation Paper Trail in GTA Online, players will have to wait for the phone call from Agent ULP. Once the call arrives, pick up and you will be given the details of this new operation along with a new objective that will now show up on the map.

If the call does not happen, you may have to go to the IAA Headquarters in Downtown Los Santos to trigger the occurrence. Once you reach the yellow corona, step in, and Agent ULP will give you orders to follow to complete the mission.

Regardless of the way you choose to start the mission, you will first be sworn into the IAA before being allowed to start the operation. Once the operation begins, it will take you through a series of missions to complete it.

How to complete “Operation Paper Trail“

To complete Operation Paper Trail as smoothly as possible, here are the breakdowns of each mission.

The first mission takes off immediately after the swearing-in ceremony is complete. Suspicions are running rampant about the connection between the Duggans and the FIB working together to achieve some sort of goal.

The first objective is to get to Mason Duggan’s residence and hack into his computer to find any trace of criminal activity regarding the price fixing. Once enough evidence is found, you will have to head out to get four pieces of essential hardware.

The second mission starts off as a consequence of the previous mission. Since the FIB finds out that you infiltrated their network, they released several surveillance drones as a counter-measure. In this mission, the drones need to be hacked so that you can use them to trace and locate their base of operations.

After hacking two drones, the location of the base is found. You will then have to go to the Bilinsgate Motel and hack the computer there to shut off the remaining drones. Once this is done, the FIB’s trap is triggered and they will surround your location.

Once you finally make a miraculous escape, you will notice another final trap left by the FIB via a bomb in your escape vehicle. Defuse the bomb successfully and escape to the drop-off point to finish the mission.

The third mission starts off where the previous one left off. You will need to track the Duggans who are moving the rest of their hardware to a new, unknown location. The caveat here is that you have a tracker placed on their van. The problem here is that the tracker’s signal is being blocked by jammers.

You will have to take out all of the jammers to be able to track the van freely. Each of these jammers is functional via antennae on different rooftops. Destroy all of the antennae to pinpoint the location of the van. Beware of heavy resistance though.

Once the location of the van is pinpointed, head over to it and drive it back to the drop-off location to complete the mission.

Just when things were starting to look up, disaster strikes. The fourth mission entails finding the head of the investigation team, Agent Johnson, who has mysteriously disappeared.

First things first, you need to head to her garage and check her car for clues. From here, three separate GPS locations will be available on the map. Check all of these locations and you will find her at any of them. Her location is randomized, so there is no specific location out of the three which will work.

After finding her injured, rescue her while fighting off Duggan’s guards as well as the Cartel. Drop her off at Pillbox Medical Center to finish the mission.

The fifth mission involves using the information that Agent Johnson and the IAA gathered and heading to the Mile High Club construction site to confront Mason Duggan with the evidence. Using the hacked drones will reveal the location of Mason at the top of the site.

Kill all of his guards along the way to the top but do it quickly. Once Mason is alerted to your presence, he will try to flee by helicopter. If you were quick enough, you should be able to take him out before he does so, but if not, you will have to give chase and damage his helicopter enough to land it.

Regardless of which route is taken, once you have Mason’s briefcase, take it to the drop-off point to finish the mission.

The sixth and final mission in this long series involves going to Avon Hertz’s personal silo at Mount Chiliad. Once here, you will be tasked to restore power to the silo by replacing four busted fuses. After the power is restored, head to the server room and connect to the servers.

Some time after doing this, you will be surrounded by enemy juggernauts. Keep hacking the system while fending them off. There is a minigun available to make this easier. Make your way to the exit after defeating them, only to find even more soldiers waiting for you, this time in helicopters.

After evading or taking them out, rush back to the IAA facility to end the mission and Operation Paper Trail as a whole.