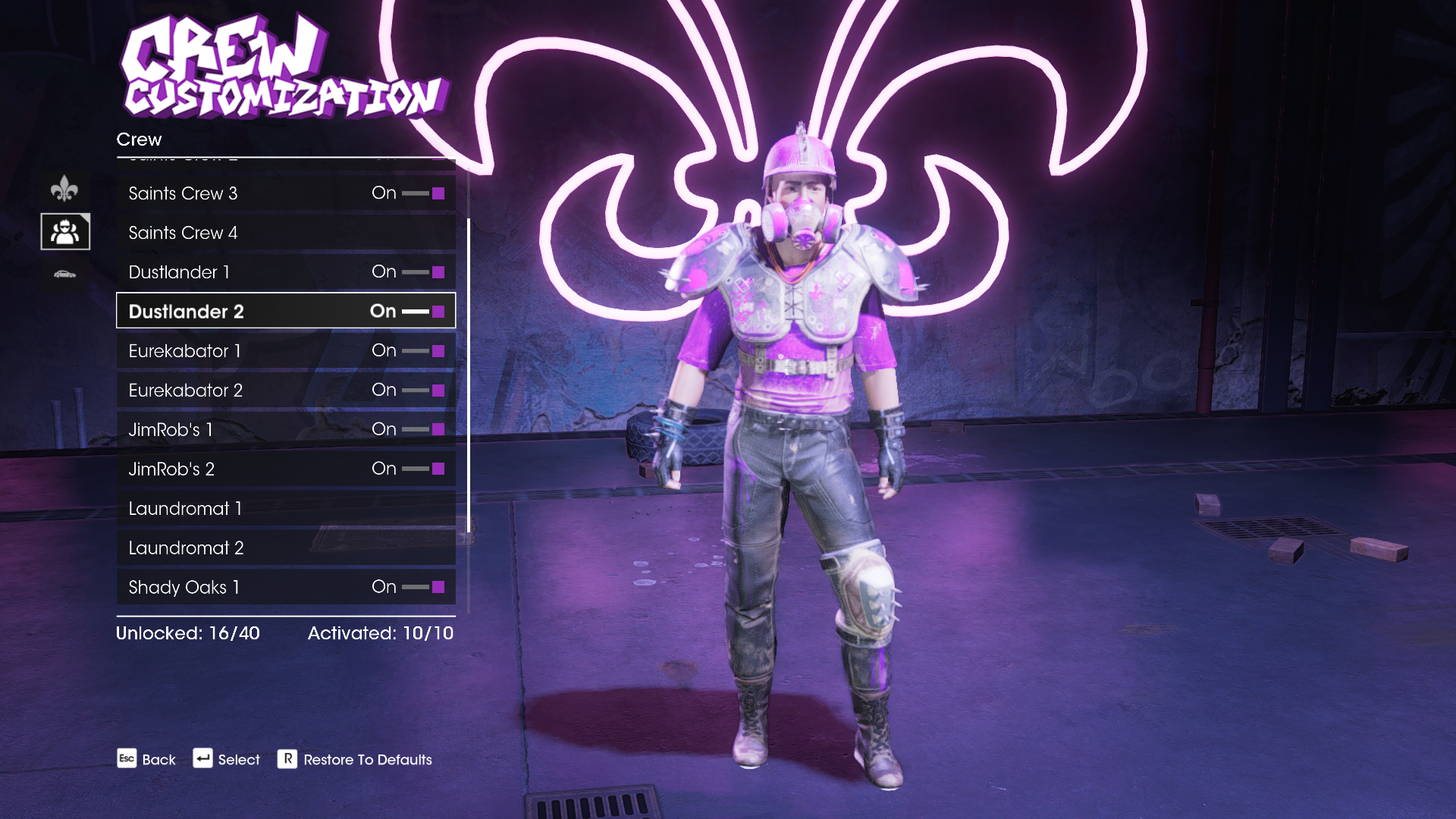 Saints Row doesn’t release until Aug. 23, but players can jump in and start creating their character early starting today with the free Saints Row Boss Factory available on all platforms.

In a move that has become a standard feature since the release of Saints Row: The Third in 2011, Volition is allowing players to use the expansive character creation suite before the game’s release.

One of the major promotional points for Saints Row is the detailed character creator that allows the player to modify nearly all aspects of their crime boss’ style, identity, and body.

Players can create to their heart’s content, changing the body proportions, skin color (and glossiness), tattoos, outfits, voice, and a variety of makeup and accessories options. It’s possible to create a grounded player character. The creation tools support a diverse and inclusive range of options for players to make a boss that represents them.

In classic Saints Row fashion, there’s no shortage of wacky looks and emotes to help your character fit into the absurdest setting.

Players are encouraged to share their creations. Those who share their crime boss are rewarded with two in-game DJ helmets. Created bosses can be viewed on the Boss Factory website.

Saints Row is a reboot to the zany crime sandbox series after seven years of lying dormant. The game takes place in the fictional desert city of Santo Ileso. Inspired by the American southwest, Santo Ileso is a departure from the oceanside views of Stillwater.