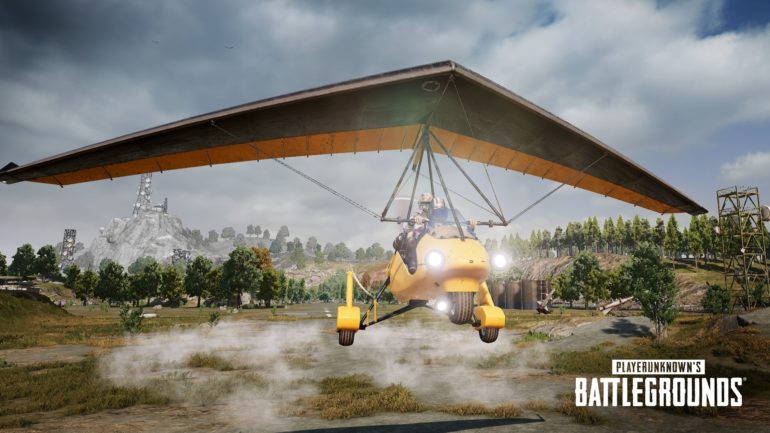 The Motor Glider is set to join PUBG on PC later tonight and at the launch of season six on PS4 and Xbox One, the game’s publisher announced earlier today. It was put through three days of testing last month.

During its testing period, players were able to use the Motor Glider in the state in which it’ll be released on the live servers with only a few slight changes. The main cause of death for players using this vehicle was crashing, which represented 60 percent of them, as reported by the publisher. With that in mind, players will have to be careful on how they use the Motor Glider.

This vehicle also had an important impact on the general meta when many players used it. It sped up the rhythm of the game, causing more early deaths and more risks taken by players.

Ten Motor Gliders will have a chance to randomly spawn in 40 spawn locations on Miramar and Erangel. The vehicle won’t be available on Sanhok. The spawn rate may be changed to balance the vehicle and it’ll always spawn without any gas.

PC players will have an update without downtime tonight at 8pm CT. The Motor Glider will become available in PUBG public matches after the update goes live.