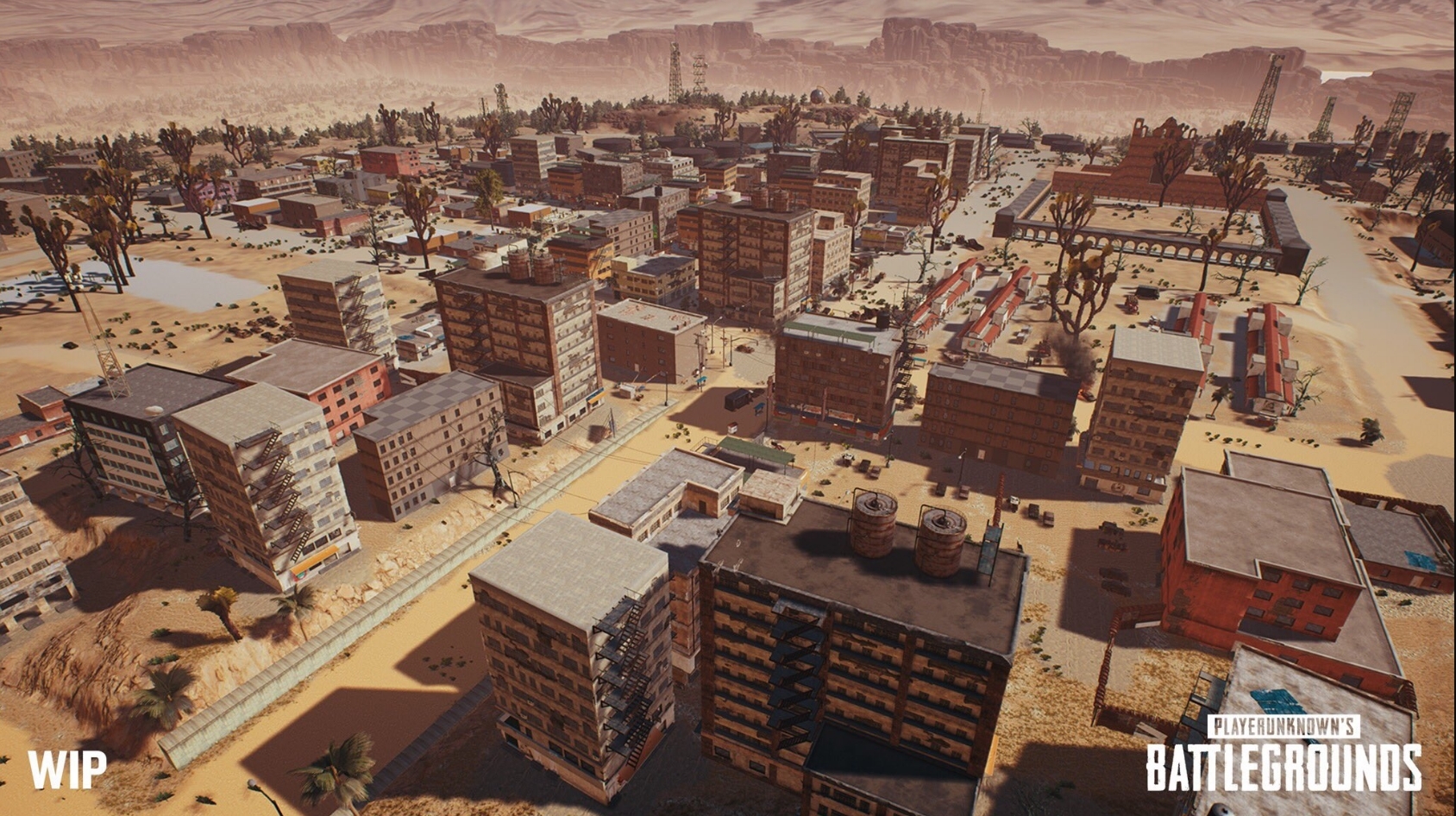 Brendan “PlayerUnknown” Greene had one last surprise to show off from PlayerUnknown’s Battlegrounds before its first esports LAN event at gamescom this morning, and it’s an exciting one.

At the beginning of July, Greene tweeted out two teaser images of the very same desert map, but this one focuses on an entirely new area—a large city.

This city is unlike anything that’s in PUBG’s default map, Erangel. It features a lot of large buildings in a condensed area, and it looks like the buildings feature multiple floors. On top of that, there look to be new models of other smaller buildings as well.

This city looks ripe for the picking when it comes to loot. It’s unclear whether or not all of these buildings will be in play to enter and rummage through for guns and supplies, but here’s hoping that they are.

The excitement for new maps will have to be tempered, however, as Greene recently confirmed that this map and another one in development are still “many months” away. He also said that he would like to “sort of remake” the Erangel map one day.

One thing is for sure, though—that city will be a hot spot for landing, looting, and intense gunfights.