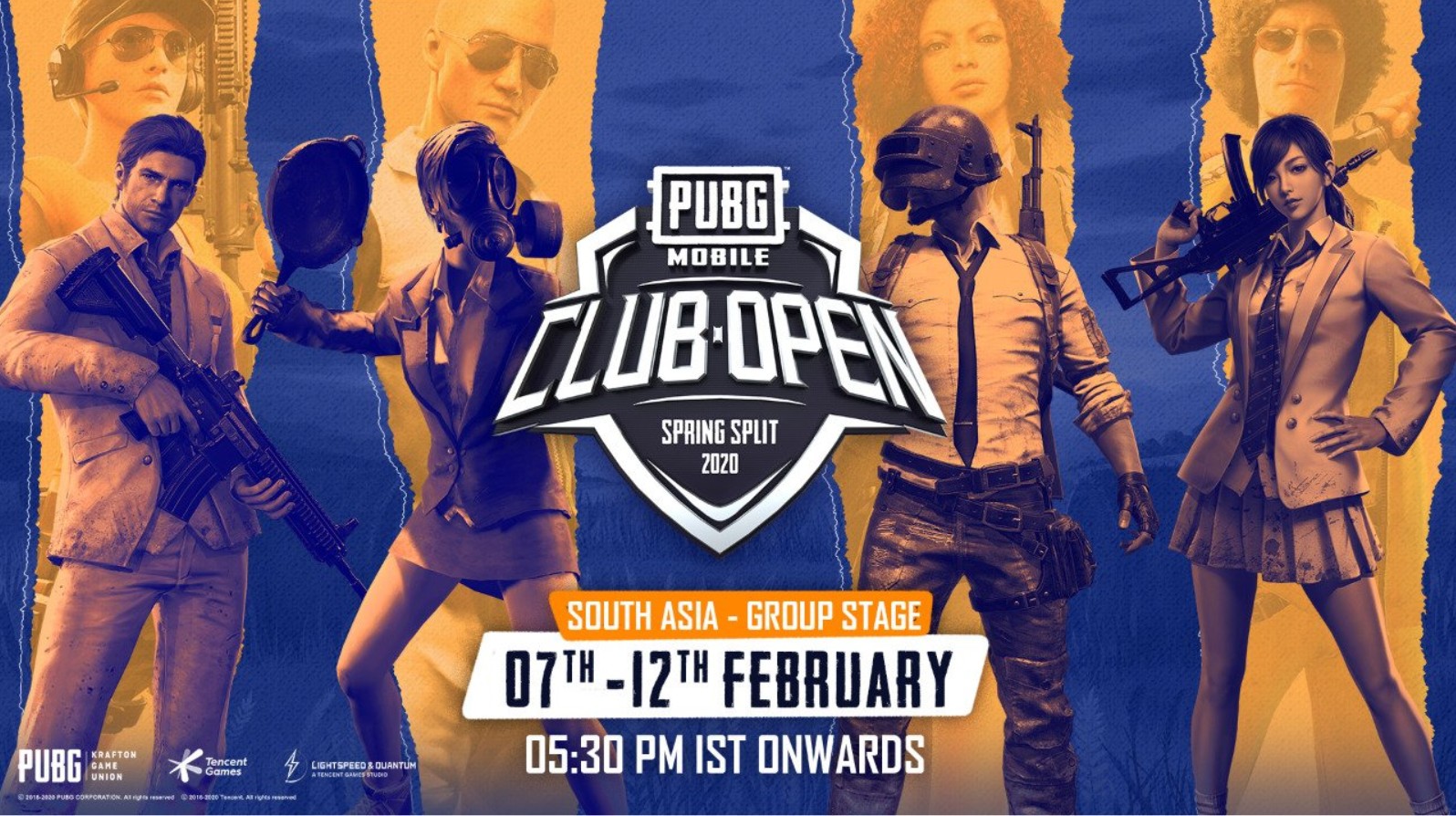 The PUBG Mobile 2020 competitive season will kick off in India and South Asia on Feb. 7 with the group stage of the PUBG Mobile Club Open Spring Split. It will feature a $500,000 prize pool.

The group stage of each tournament will take place from Feb. 7 to 12. Thirty-two teams that were invited or won the qualifiers in January will face off against each other.

The complete format of the tournaments hasn’t been disclosed, but we know that the matches will be played in third-person perspective across all of the game’s maps: Erangel, Miramar, Sanhok, and Vikendi.

The qualified teams won’t be officially announced before the matches so that the viewers can find out for themselves during the stream. The only known teams are the ones invited to the South Asian group stage due to their results in the PMCO 2019 Regional Finals:

The teams that get to the top of the rankings will qualify for the grand finals of the PUBG Mobile World League Spring 2020, which will take place in mid-May after the Club Open’s playoffs in March.