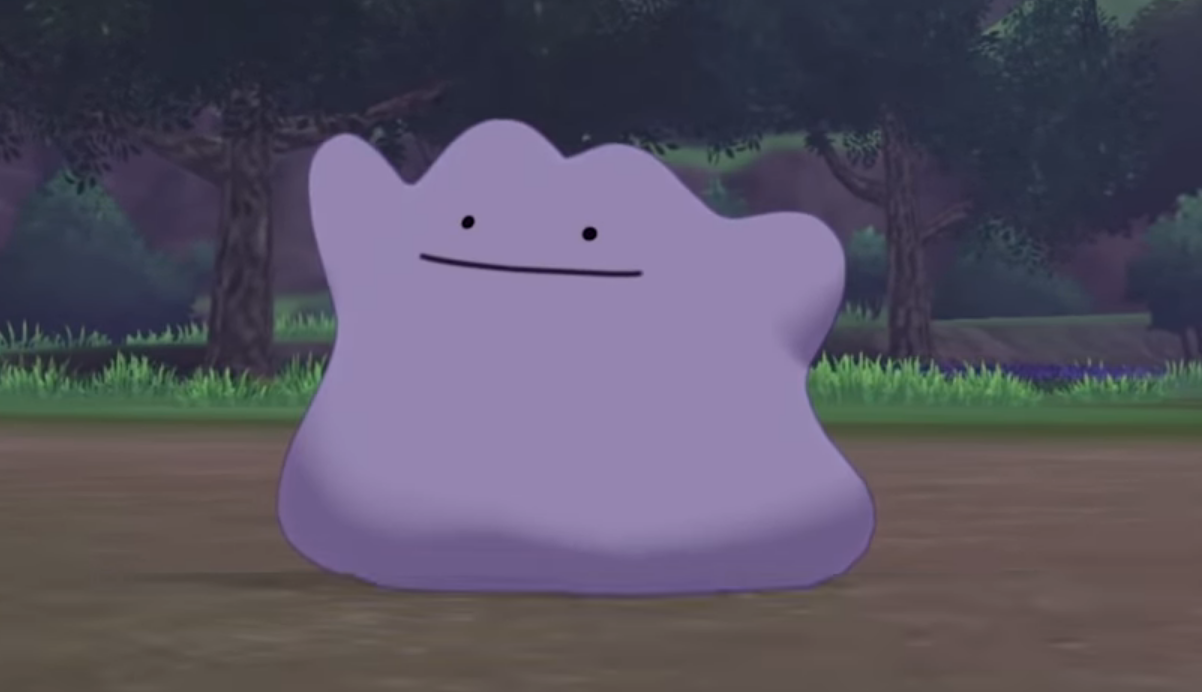 Ditto is one of the most important Pokémon in every game. The purple blob-like monster enables players to breed whatever Pokémon they want as long as its species is capable of doing so. This makes it really easy to get all of the moves or abilities you want on a level one Pokémon right out of the egg.

In Sword and Shield you can only find Ditto in one place, and it is the most overcrowded area in the entire game: the Lake of Outrage zone in the Wild Area.

Thankfully it isn’t a weather-dependent encounter like the majority of Pokémon found in the Wild Area. Rather, it sits at a constant 10 percent chance in both the overworld and as a random grass encounter.

Even though you can reach Lake of Outrage as soon as you unlock the Rotom Bike upgrade that lets you cross water, it will always be a level 55 or over encounter. This means you’ll likely need to collect every gym badge before being able to catch it. Otherwise, you will start the battle and be unable to do anything outside of defeat it or run because of the Wild Area capture cap.

Since breeding is something trainers often wait to work on until they beat the main story, this placement is perfect since it provides a stable environment to snag the morphing little pile of goo.

Level never matters during breeding, so as long as you have the other Pokémon ready to go, the egg will still give you exactly what you want, regardless of the gender of the other parent. Though you should pay attention to which gender the non-Ditto Pokémon is, because that could affect some of the aspects of the egg, such as the Pokéball the newborn will hatch into.