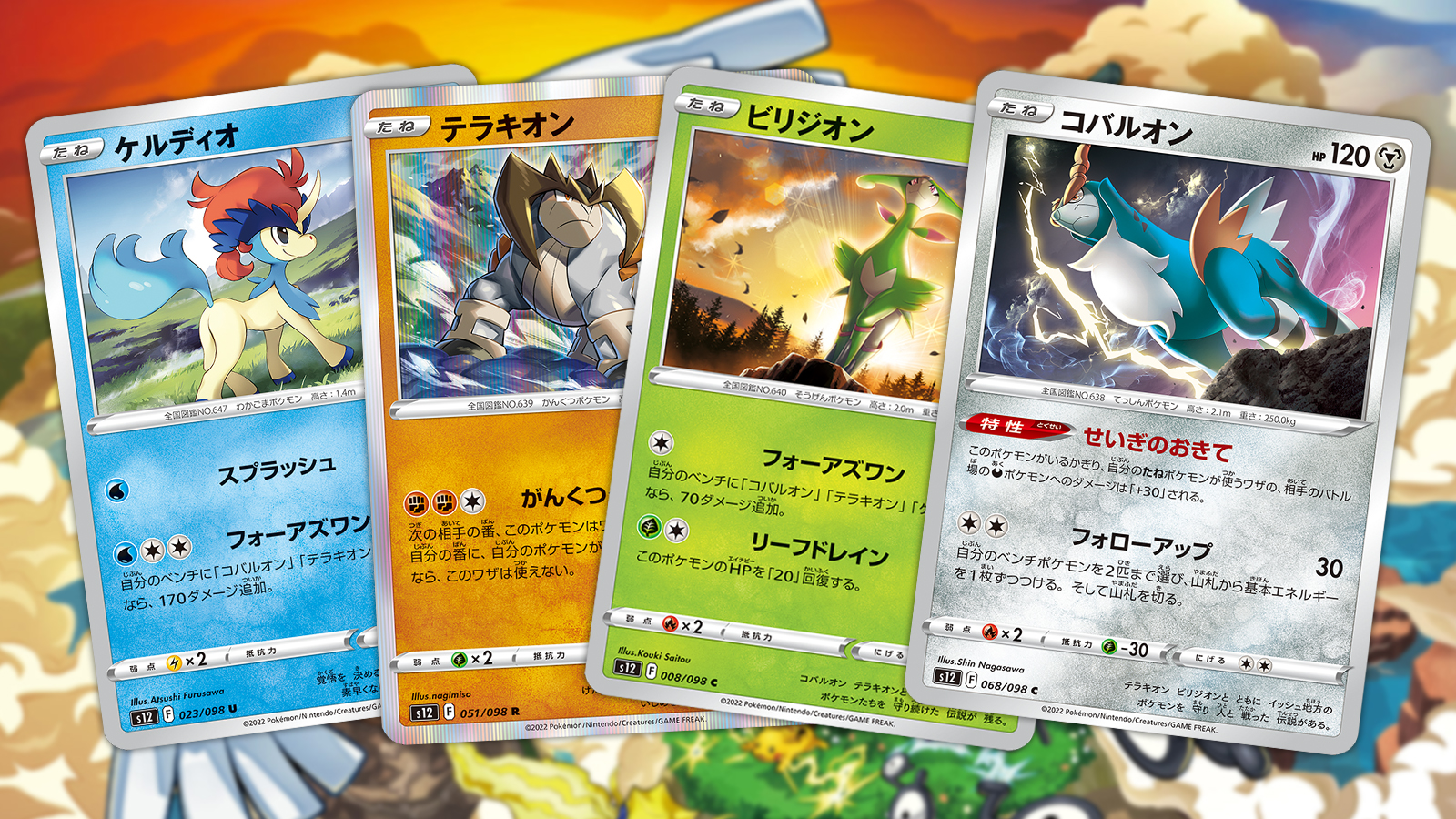 The Pokémon Company has shown off more cards players will have the chance to collect when the OCG set Paradigm Trigger launches and there is plenty of Legendary and Mythical action to get excited about.

Virizion, Terrakion, Cobalion, and Keldeo, will all feature in the set alongside other newly revealed Pokémon today. The rest were regular cards for Stunfisk, Baltoy, Claydol, and Stonjourner. You can check out the translation for the abilities on each of these cards via PokeBeach.

Many of these cards won’t be a surprise as they were featured in the first promo art for the set which was revealed last week. Of course, Paradigm Trigger will also feature Lugia Regieleki, Regidrago, and the other revealed Pokémon featured in the art.

Fans hoping to add these cards to their collection will have to chance to do so soon when they land in stores around Japan on Oct. 21. Those in the West will need to wait a little longer as many of the cards in Paradigm Trigger will arrive as part of Silver Tempest in November.

Last week we got out first look at VSTAR Lugia which will feature in the upcoming set. Those who purchase Paradigm Trigger in stores will also get a chance to receive a unique promo for this card featuring unique artwork.

Each person who purchases a box of the upcoming booster packs will get a unique promo pack including one randomly selected unique card.

You can see a selection of these new Pokemon cards here.

We’ve still got a few weeks to go before Paradigm Trigger lands in stores and Pokemon fans should expect to see more cards from this set revealed in that time.