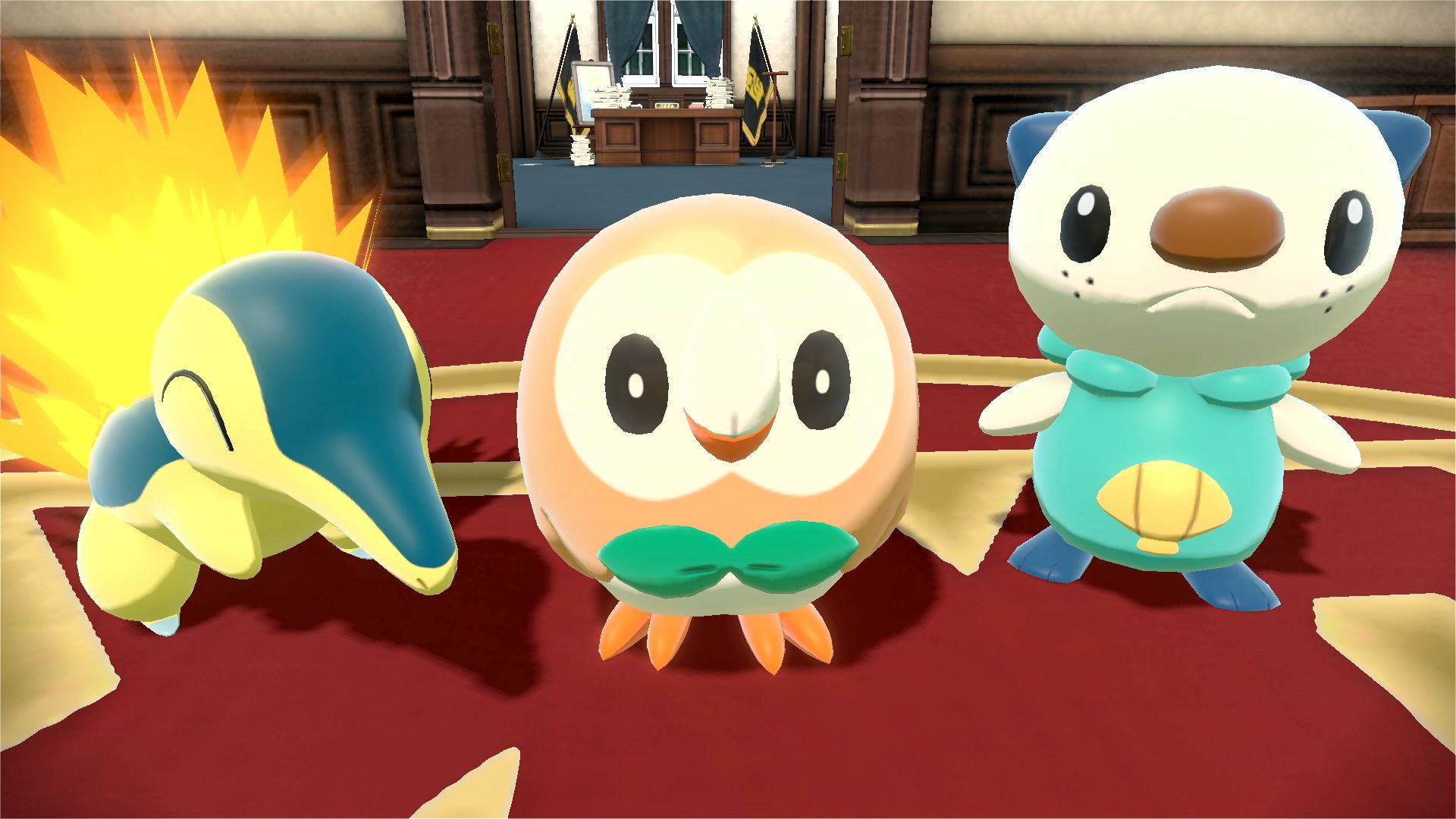 A leaker named PoryLeeks has been posting huge spoilers about the game all morning, including the new versions of Typhlosion, Decidueye, and Samurott. Previous leaks stated that the final evolutions will also have new type combinations, as well.

According to leaks, Typhlosion is Fire/Ghost, Decidueye is Grass/Fighting, and Samurott is Water/Dark. The designs of the Pokémon pictured in the tweet above seem to fit with the themes of said leaked information.

Typhlosion and Samurott’s appearances have been altered slightly with some different coloration, but Decidueye appears drastically different. All of the designs fit with the game’s feudal Japan theme and time period.

The leak revealed a slew of information, including the entirety of the game’s Pokédex, and even story spoilers. The leaks show a variety of Hisuian forms for existing Pokémon and new Hisuian evolutions for others, including new evolutions for Pokémon like Sneasel and Ursaring, and new forms for Dialga and Palkia.

Pokémon Legends: Arceus is expected to drop exclusively on the Nintendo Switch on Jan. 28.

Update on Jan. 19, 2022, at 12:31pm CT: The tweets posted by PoryLeeks have been removed. The final evolutions can still be seen below from @BallGuyLEAKS, but will likely be removed soon as well.