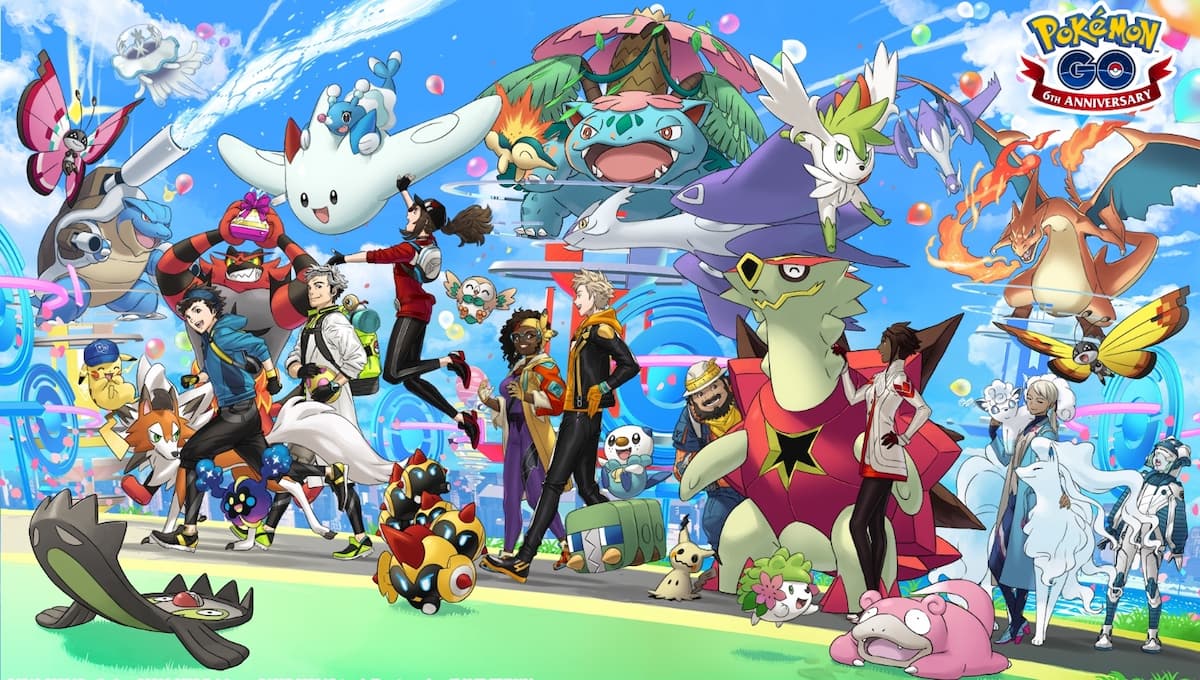 As part of its sixth-anniversary celebration, Niantic has released a special piece of artwork that might be teasing some upcoming content for Pokémon Go.

Starting with the Pokémon that were displayed, Cosmog, Turtonator, Chargabug, Vivillon, and Lycanrock Dusk form are all featured. This is an easy inclusion for Niantic, as they are all unavailable in Pokémon Go at the time of this image being released and will likely be making their debut in upcoming events.

Vivillon is specifically interesting because it is a unique Pokémon with multiple different patterns and will likely feature a unique mechanic or regional element to its inclusion as that is something Niantic always likes to do to make unique Pokémon traits fit the game better.

Cosmog will also be an interesting inclusion. It is one of very few Legendary Pokémon with a full evolutionary line. With Ultra Beasts currently being introduced to the game, it is likely an event later this year will center around Solgaleo and Lunala to bring this storyline to an end.

Another interesting point was raised about this promotional art, which showcased Rowlett, Cyndaquil, and Oshawott along with the other new or featured Pokémon. Serebii webmaster Joe Merrick noted that this actually kind of broke Niantic’s tradition of marketing the next generation’s starters, such as Kalos starters being shown in 2020 and Alola being featured in 2021.

The lack of Galar starters being featured could mean that more content from Pokémon Legends: Arceus could be featured soon, with the Hisui region’s starters potentially getting their new regional evolutions in Pokémon Go. 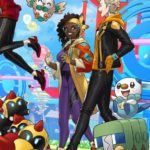 Finally, two new characters not currently featured anywhere in Pokémon Go make an appearance on the artwork. There isn’t much information to go off of other than their inclusion likely means they will play a role of some kind in future content, even if it isn’t a guarantee.