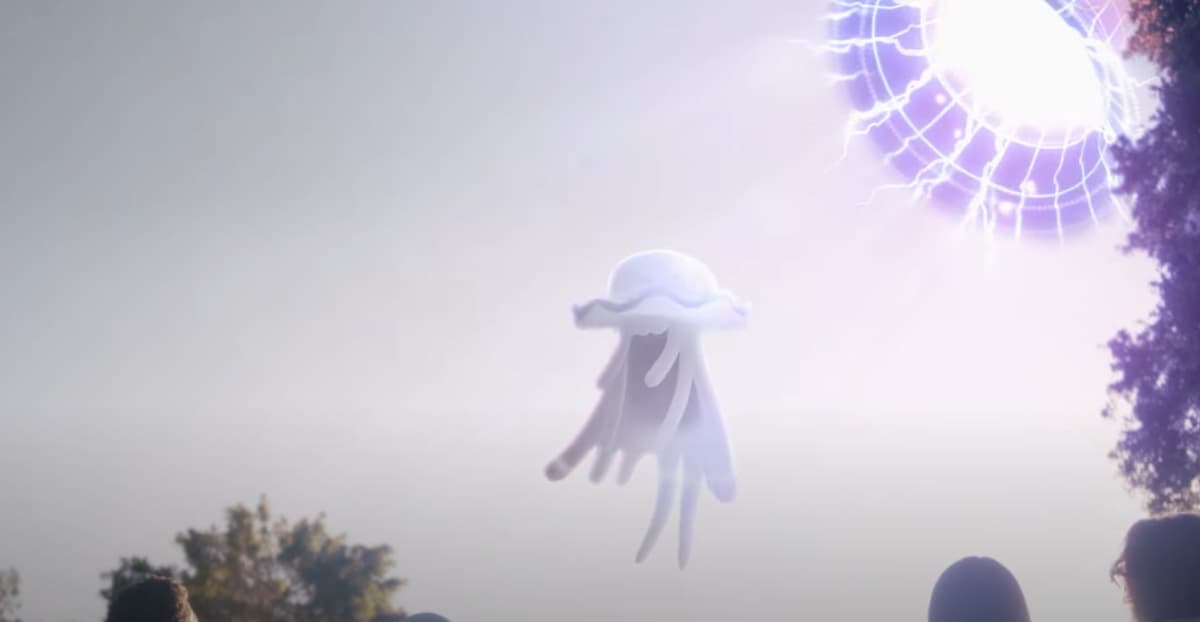 Pokémon Go Fest 2022 is almost here and Niantic has reiterated some of the core details about the event—while also teasing the arrival of Ultra Beasts again.

We already knew that the event on June 4 and 5 will run from 10am to 6pm local time on both days, with Special Research included for ticketed players that will introduce the Mythical Pokémon Shaymin for the first time. But the developers also teased the arrival of another new Pokémon for the five-star raid rotation on the second day.

Based on the new Go Fest trailer and some previous teasers, it looks like Ultra Beasts will be added to the game on June 5, tying everything back to the Season of Alola, which ends on June 1.

Right now, the only Ultra Beast shown off in the previous teaser and the trailer is the Rock/Poison-type Nihilego, which is also the most well-known Ultra Beast since it is the first one many players encountered when first traveling through the Alola region in Pokémon Sun and Moon.

Based on what we know so far, Nihilego should be appearing in five-star raids on the second day in some form. We still don’t know if this will be done through the normal raid system or something to do with Ultra Wormholes appearing in a new way, but we should learn more about it as the event begins. We might see Beast Balls introduced as an alternative to the usual Premier Balls in raids, too.

Along with Nihilego, we also got a teaser for the Ultra Recon Squad, an organization known to be involved in Ultra Beast research. But it’s still unclear what role they will play in the game when and if they do make a significant appearance.