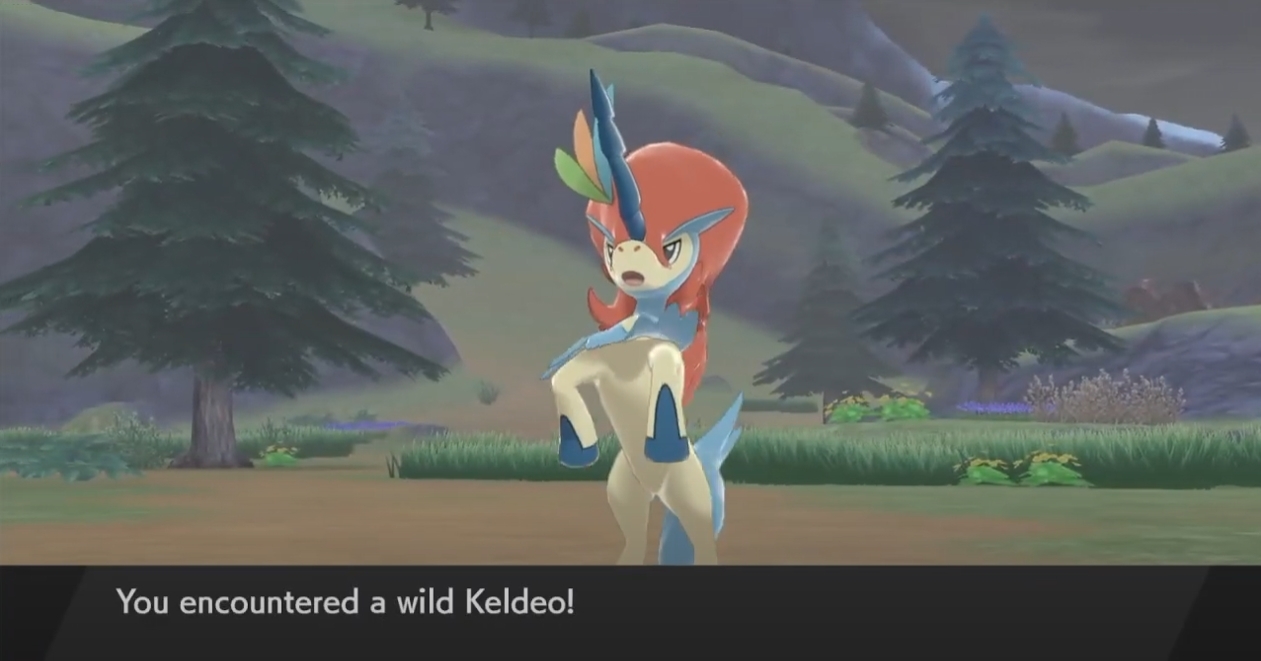 Pokémon Sword and Shield’s The Crown Tundra expansion is all about groups of legendary Pokémon being brought together, which is exactly why you can encounter Keldeo only after capturing the rest of the Swords of Justice.

Keldeo is the youngest member of the Unova group of Mythical legends titled the Swords of Justice. He’s being trained by Terrakion, Virizion, and Cobalion to use his massive, latent power.

Once you complete the tracking side quest given to you by Sonia where you’ll investigate footprints left by the trio of Fighting-types, you can capture Terrakion, Virizion, and Cobalion. Then, head back to Freezington and show off the three legends to the professor.

And as soon as you’re done with that, you can also go and find Keldeo near Ballimere Lake.

Related: How to get Terrakion, Virizion, and Cobalion in Pokémon Sword and Shield’s The Crown Tundra expansion

You’ll need to have Terrakion, Virizion, and Cobalion in your party when you venture to the lake.

Once you arrive in the area, search for a smallish island that has a pot on it. From there, open up Pokémon Camp and make some curry—it doesn’t really matter what kind or how well you make it.

After cooking up your dish, Keldeo will appear on the island once you exit Pokémon Camp, though it’s kind of a bummer he doesn’t show up in the camp and interact with your other Pokémon first.

This Keldeo will pack a serious punch when you challenge it since it’s already in its Resolute Form. But once you get into battle, all you need to do is capture it just like you did the other Swords of Justice.