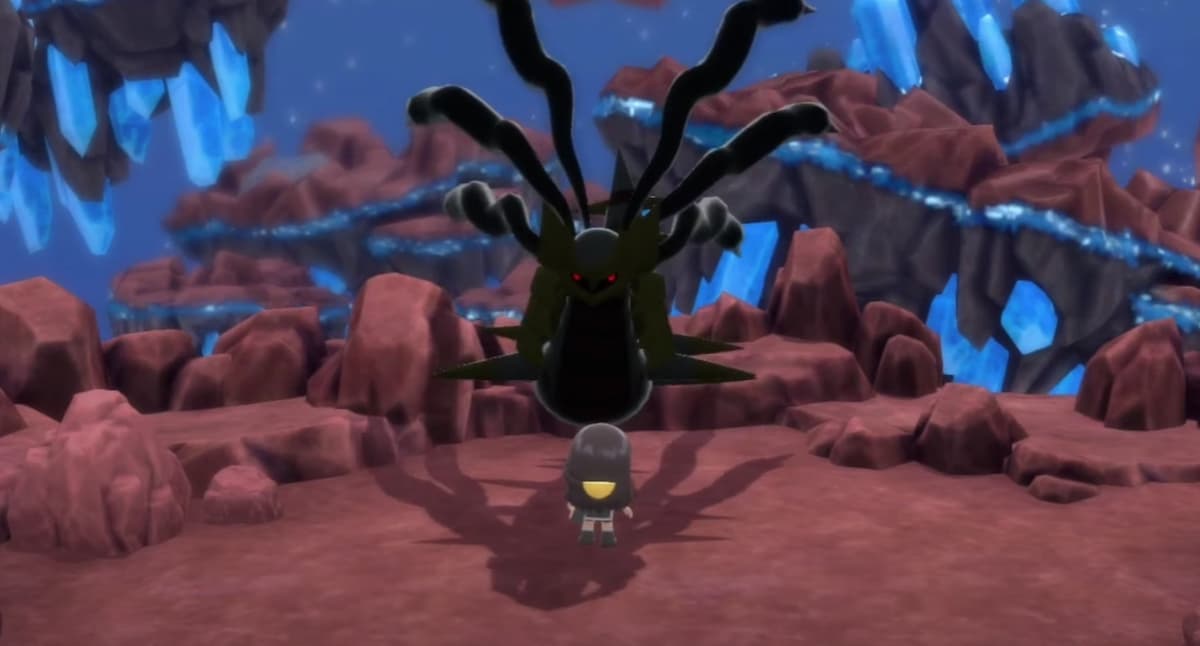 In Pokémon Brilliant Diamond and Shining Pearl, the developers at ILCA worked to keep the games as faithful to the original Nintendo DS titles as possible while also modernizing the games and some of the mechanics in ways that would improve the experience. One such way was by replacing the outdated Pal Park with a new area known as Ramanas Park.

Ramanas Park takes the transfer mechanic that the Pal Park was known for, which allowed players to bring Pokémon over from Game Boy Advanced Pokémon games into Diamond and Pearl to help complete the National Pokédex, and switches it up.

Using new items known as themed Slates, which all resemble various cartridges from old Pokémon titles, players can summon Legendary Pokémon to Ramanas Park and battle them. There are some limitations and not every Legendary Pokémon is available, but this method is a quick way to encounter some powerful Pokémon once you conquer the Sinnoh League.

Even though the concept itself seems simple, gathering all of the Slates is no easy task. It requires you to dig up special items in the Grand Underground and then take them to Ramanas Park to exchange for a Slate.

If you plan on digging around to challenge some legends, here’s how you can unlock each Slate for use at Ramanas Park.

How to obtain each Slate

Once you’ve defeated Cynthia and become the champion of Sinnoh, you’ll need to complete the entire native Sinnoh Pokédex before unlocking the true potential of Ramanas Park.

Once you’ve obtained the National Pokédex, you can head into the Grand Underground and start excavating for treasure, with one specific type of item in mind for those who seek to encounter all of those Legendary Pokémon—the Mysterious Shard.

Mysterious Shards are rare drops in the Underground, which come in small (S) and large (L) sizing and could take a long time to find. Many players have spent hours digging and only just managed to uncover three of the smaller variant, which is just enough to get the job done.

Once you get three Mysterious Shards S or one Mysterious Shard L, you can head to Ramanas Park and talk to the bottom NPC near the entrance, who will trade you one Slate for either of the corresponding numbers of shards.

The Slates you get in exchange will always be given to you in a set order depending on which version of the game you are playing. But it will always start you with the Discovery Slate, which you’ll need to obtain three times to encounter Regirock, Registeel, and Regice.

After obtaining a Slate, you need to place it on a pedestal within a set chamber, which will trigger the encounter.

Because the Slates are handed out in a set order, players who finish battling all of the Regis will then obtain either the Kanto or Johto Slates depending on which version of BDSP they’re using. That will be followed by the Soul Slates and then another set of version exclusives—The Rainbow and Squall Slates.

Here’s what that means for your potential Legendary encounters.

The remaining plates are usable in both versions and will be handed out in the same order once you exchange your Mysterious Shards. Here’s the order you’ll receive them in:

The odd case of the Distortion Slate

The Mysterious Shard to Slate exchange is very straightforward for all but one of the artifacts: Giratina’s Distortion Slate.

To get the Distortion Slate, you’ll first need to capture Giratina in its normal form in Turnback Cave, which is located beyond Route 214 and within Sendoff Spring. But just remember you’ll need to have beaten the Elite Four and grab the National Pokédex, too.

Once you’ve captured Giratina, you can complete the final Slate transaction with the NPC and unlock the Distortion Room. Once you use the Distortion Slate at the pedestal, you’ll be transported to a “Strange Space” and encounter a shadowy version of Giratina in its Origin Forme.

Defeating the level 100 specter will give you access to the Griseous Orb, which will allow your own Giratina to enter its Origin Forme when held.