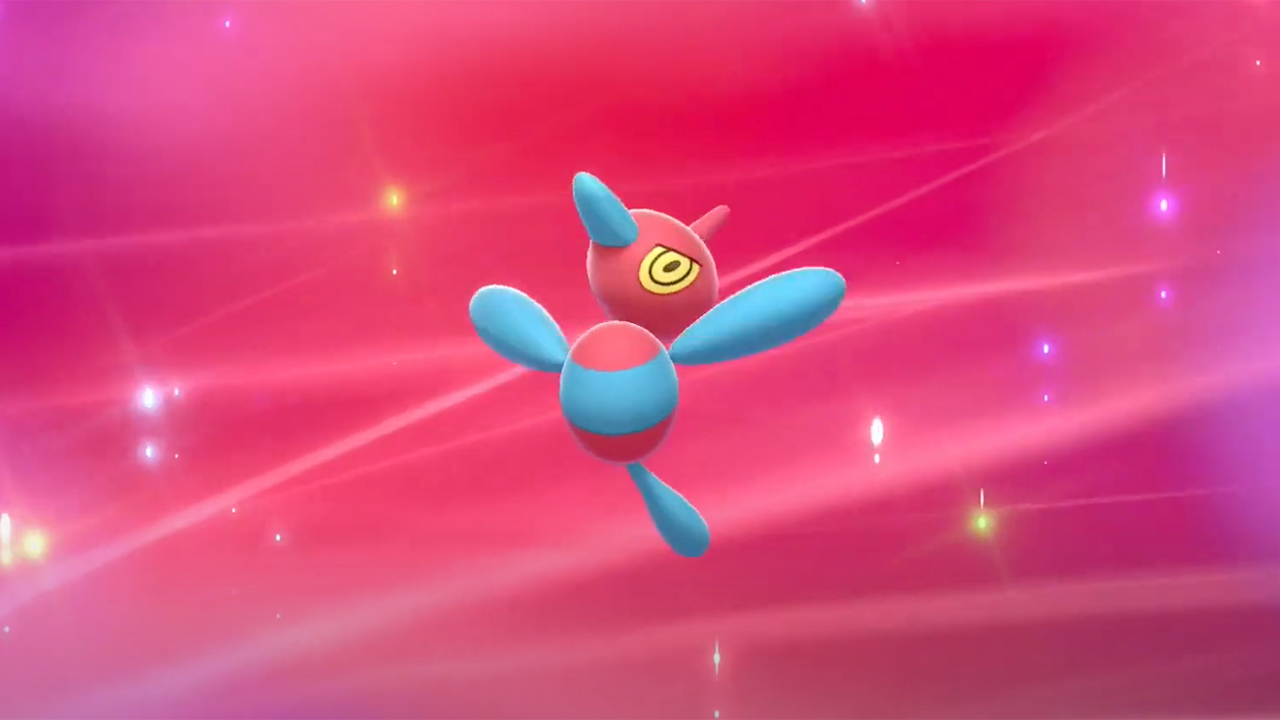 Many Pokémon that appear in other regions of the Pokémon series do not appear in the Hisui region in Pokémon Legends: Arceus. In some cases, these Pokémon may appear in Space-time Distortions, a new feature in this game that connects the player to various different time periods for a short duration.

Porygon, the Virtual Pokémon, does not quite fit the old-fashioned setting of Hisui. Having been created by Silph Co. in Kanto, this Pokémon has not yet been found in the Hisui region, though it later can be found in the Sinnoh region alongside its evolved forms, Porygon2 and Porygon-Z. However, thanks to the space-time distortions feature, Porygon can be found in Hisui, as well as the necessary items required to evolve it into its futuristic forms.

The Upgrade item, which is required to evolve Porygon into Porygon2, can be obtained in any space-time distortion, as well as through purchase at the Trade Post in Jubilife Village. The Dubious Disc, used to evolve Porygon2 into Porygon-Z, can also be found through the same methods. These evolution items drop very rarely in space-time distortions and are not guaranteed to appear, so it is safer to purchase them directly from the Trading Post to obtain Porygon’s evolutions.

Related: How to spawn Space-time Distortions in Pokémon Legends: Arceus

Porygon can only be found in space-time distortions in the Crimson Mirelands, which spawn randomly and are not guaranteed to contain wild Porygon each time.