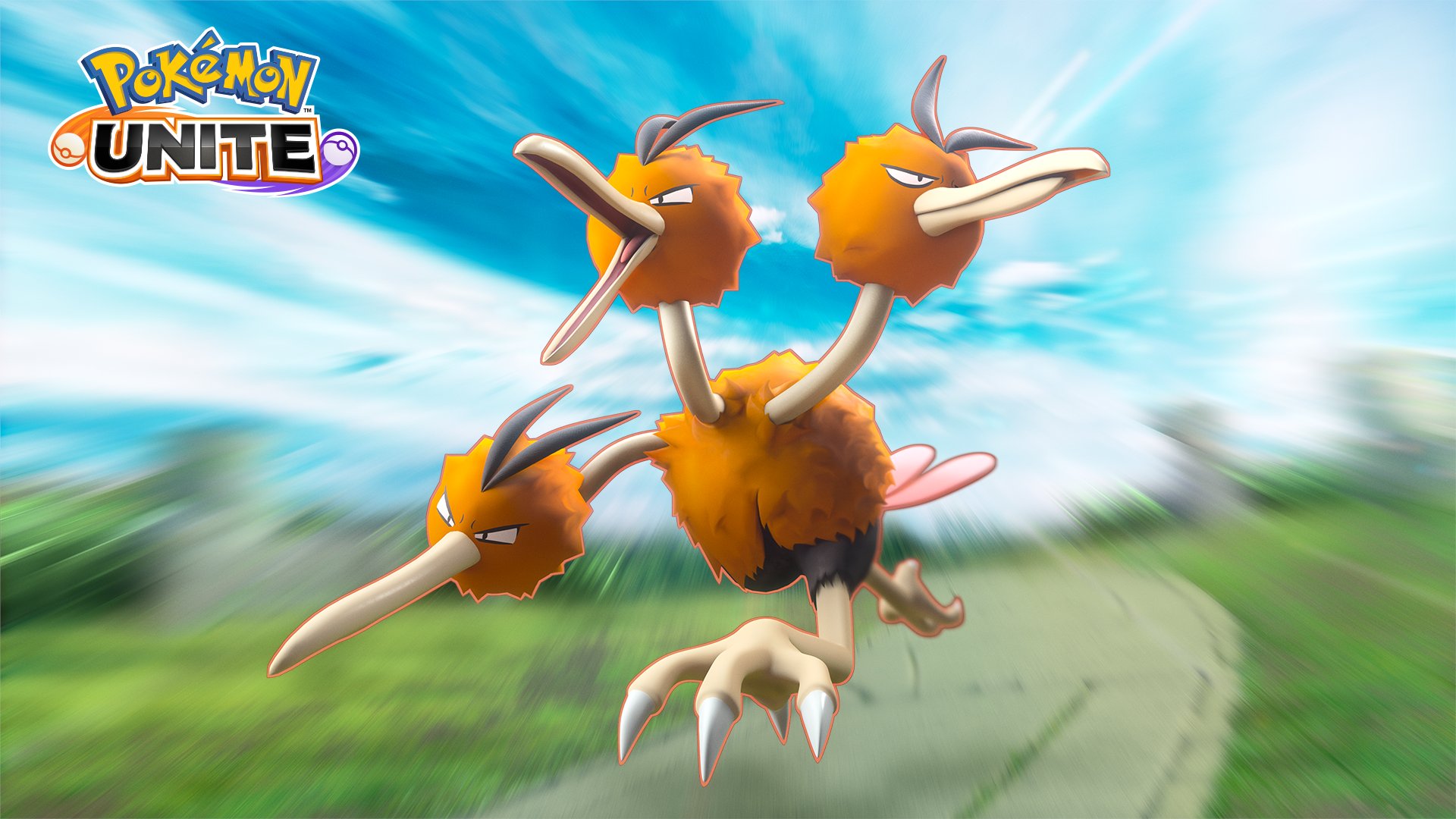 Pokémon UNITE has welcomed its latest Speedster Dodrio which is available for players to purchase now, but it’s going to set you back some gems.

The latest addition to the MOBA’s roster isn’t available with Aeos Coins as previous additions have been. Instead, you’ll need to fork out Aeos Gems if you want to try it out.

Players have two options when adding Dodrio to their collection. You can purchase the license individually for 575 Gems or inside a Holowear bundle for 786 Aeos Gems. Right now it isn’t clear how many Aeos Coins it will sell for when that option is made available.

Given the recent spike in Aeos Coins prices for UNITE licenses, it could be sold for the upper end of the price scale setting back players around 14,000, but again, this, for now, is just speculation. Players will have their chance to purchase Dodrio with Aeos Coins a week from today.

The addition of Dodrio marks the first new speedster since Pokémon UNITE launched. Other speedsters on the roster include Gengar, Absol, Talonflame, and Zeraora.

Dodrio’s moveset includes Jump Kick and Triple Trample allowing players to quickly close the distance and chase down their foes. It also has access to the passive ability Run Away which will increase the player’s movement speed when the Spring Gauge is fully charged.

The roster on Pokemon UNITE continues to grow and coming next month will be a new supporter, Clefable. If you’re eager to try out Dodrio it is available now.