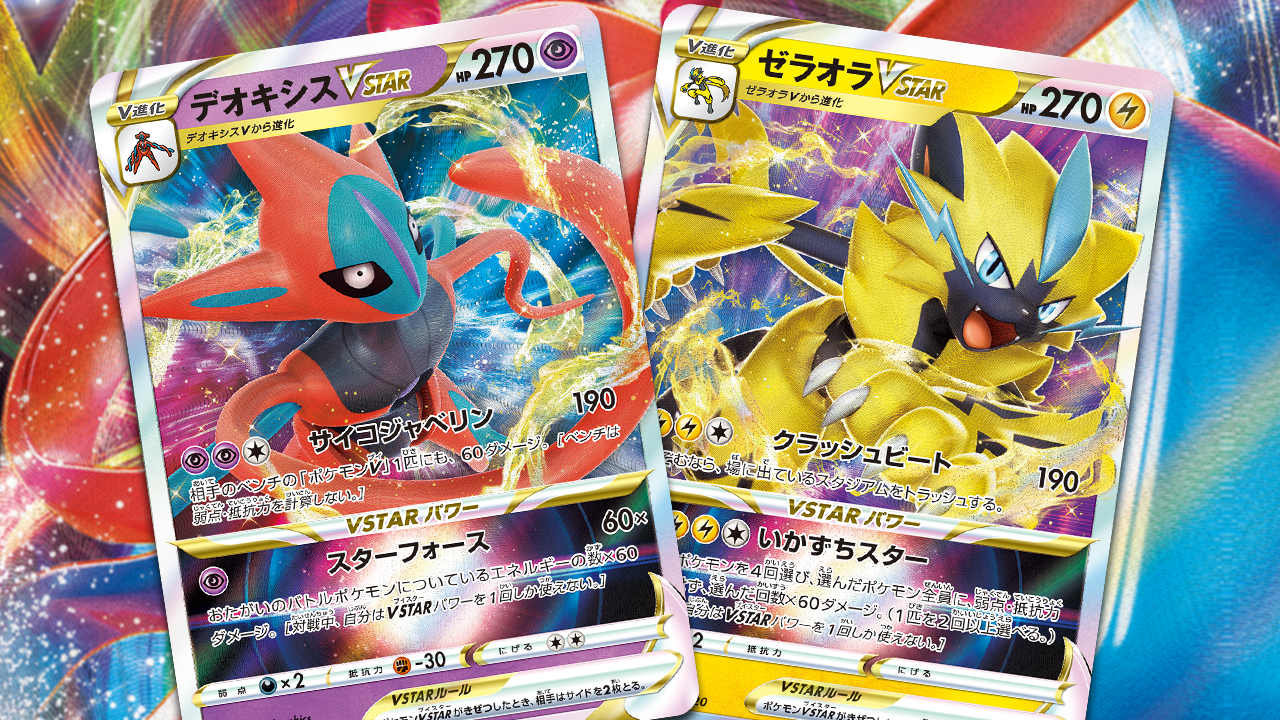 Pokémon TCG fans will soon have their chance to add Deoxys and Zeraora VSTAR, VMAX, and V to their collections with new Battle Box and Battle Decks revealed.

In these new Battle Box products launching on Oct. 14, players will score all of the necessary cards to play Deoxys or Zeraora depending on the prdouct they choose.

Inside is a V, VMAX, and VSTAR promo for each product’s featured Pokémon, a jumbo promo card, four booster packs, a strategy guide, an acrylic VSTAR marker, and of course, a Pokémon TCG Live code card.

Other new products revealed today include the V Battle Decks to feature each of these Pokémon. Of course, these decks will simply come with V promos, not the VSTAR or VMAX versions from the more premium product. For $14.99, these V Battle Decks will include a 60-card deck, rule book, a one-player playmat, damage counters, a metallic coin, deck box, quick guide, and code card.

You can get these two V Battle Decks together in a set for $29.99, if you plan on collecting them both.

These cards were first announced for release in the Pokémon OCG earlier this year and the first news of their TCG release was reported by PokeBeach earlier this month. If you’re eager to get your hands on them the wait won’t be too long.