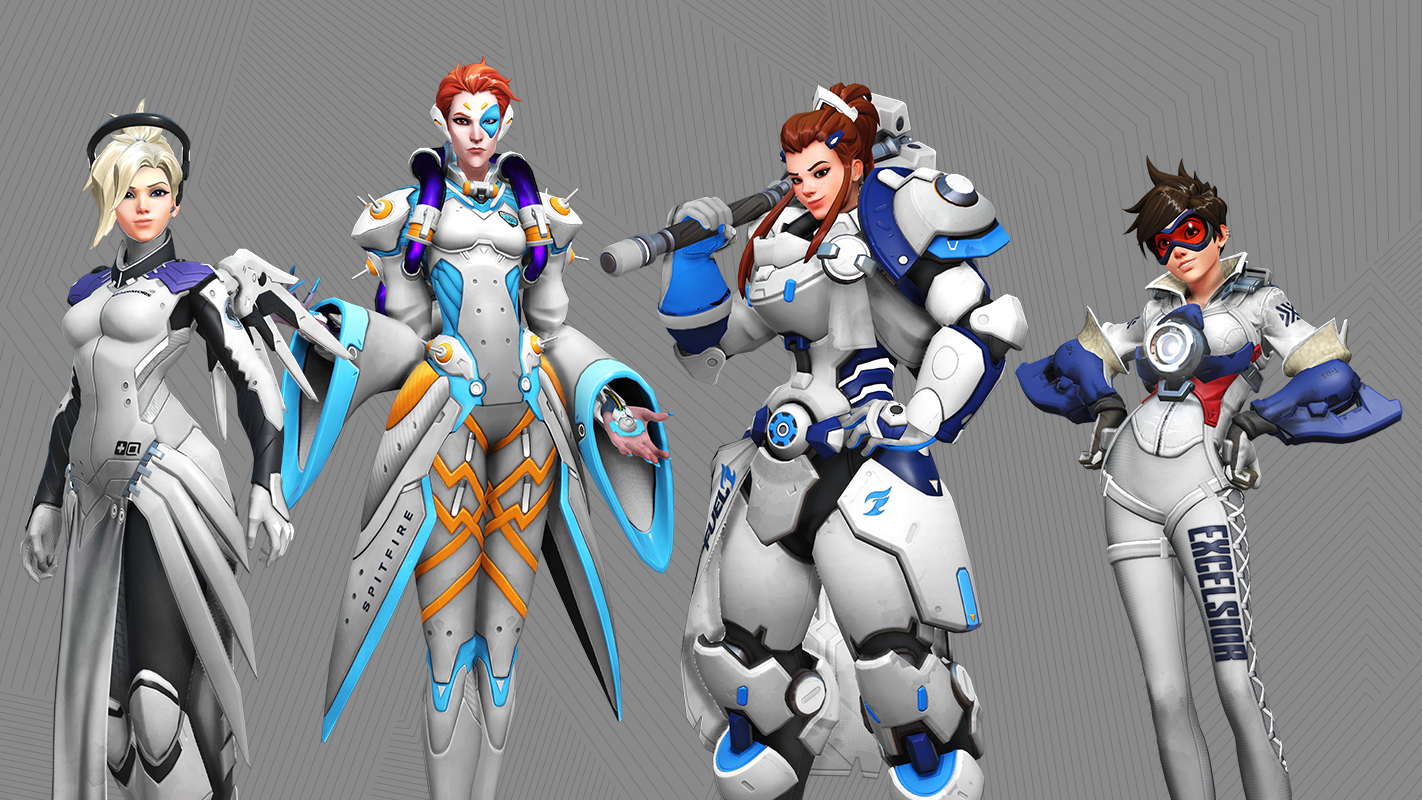 Overwatch League’s away skins, which wraps heroes in white with pops of teams’ colors, are now available in Overwatch. Players can unlock away skins alongside any home skin—so it’s two new skins for 100 Overwatch League tokens.

Skins for the Overwatch League’s eight expansion teams haven’t been added to the game yet, but they’ll get the same home and away treatment when they’re added ahead of the Feb. 14 start date.

Previously, away Overwatch League skins were only available to those who had the Overwatch League All-Access Pass. Just 12 heroes were assigned away skins that were unlockable through the pass: D.Va, Ana, Zarya, Genji, Sombra, Lúcio, Widowmaker, Orisa, Winston, Reinhardt, Zenyatta, and Junkrat. But now, everyone’s got ‘em.

The Overwatch League will begin the 2019 season on Feb. 14 at Blizzard Arena Los Angeles. A full schedule is expected soon.