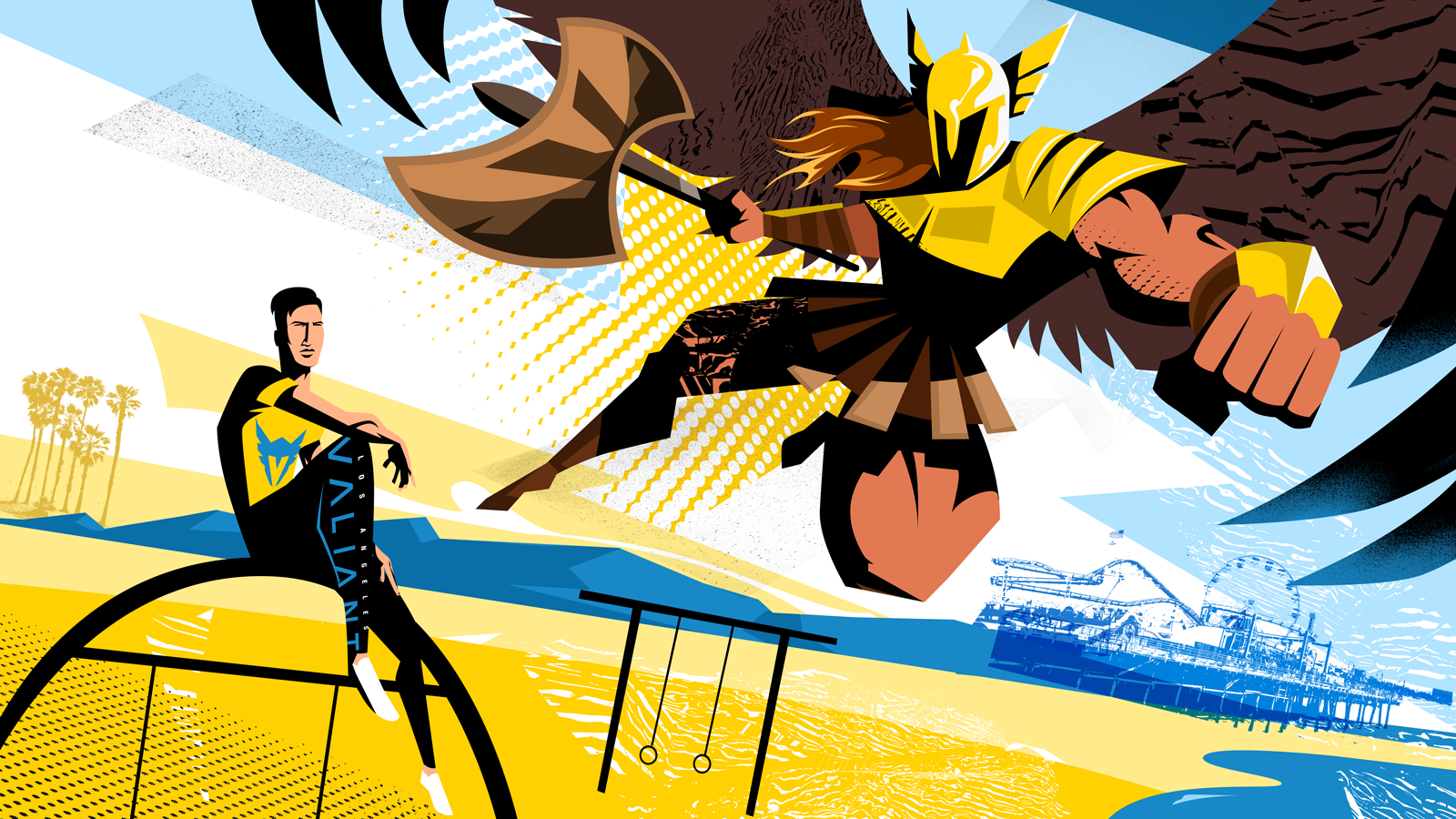 No team in Overwatch League history has stirred up more drama than the 2020 offseason Los Angeles Valiant.

After signing a full roster of mostly Western players in October, the team’s ownership decided to drop them all and head to the East region with hopes of pursuing live events and a Chinese fan base. LinGan e-Sports has taken over management from Immortals Gaming Club and signed a new roster of Chinese players, some of which were surprising additions even to fans of the region.

The reputation of the Los Angeles Valiant may have tanked in the West, but for the team’s new players, the only way from here is up.

One of the Valiant’s most promising players is main tank Haibo “Silver3” Han, who spent the last few years on various iterations of The One Winner (or T1W) in Chinese Contenders. Silver3 is certainly packing more experience than fellow main tank Yelin “NVM” Wen, who hasn’t played a professional Overwatch match since late 2018.

Silver3 should ideally be running the show for a while alongside off-tank Yu “ShowCheng” Cheng. ShowCheng swapped between flex DPS and off-tank for Flag Gaming in Contenders China. The two roles do share a lot of similarities and he should be a quality addition.

Former Guangzhou Charge main support Haomiao “Wya” Qi now gets a chance to show the Overwatch League his true talents. He was kept off Guangzhou’s starting roster due to visa issues during the 2020 season and was dropped to the team’s academy squad, Ultra Prime Gaming. If any player has a chance to truly pop off in these strange circumstances, it’s Wya.

Valiant flex support Zening “Highbee” Zhang was a T1W teammate alongside tank Silver3. The twist is that Highbee has only ever been known as an off-tank player. He’ll have to pick up heroes and entirely new roles quickly.

The new Los Angeles Valiant roster has 99 problems, but DPS might not be one of them. Yang “MoLanran” Liao is another T1W alumnus with a relatively stable record. MoLanran might be consistent, but all eyes will be on his teammate.

Shilong “Krystal” Cai returns to the Overwatch League for a third time as a part of the Valiant’s new roster. Krystal, formerly DPS for the Hangzhou Spark and Guangzhou Charge, has a drama-filled history behind him related to extended leaves and dishonesty. Whatever baggage Krystal is carrying, it’s undeniable that he’s a talented DPS with the potential to carry this new roster.

Low expectations are the forecast for the new Los Angeles Valiant. There’s no nice way to explain the team’s situation. Management has built a motley crew of former retirees, players wildly swapping roles, and a DPS who has previously faced million-dollar lawsuits.

For any team, those would all be enormous mountains to climb. Combining all of the roster’s troubles with the relative strength of the East region creates a real recipe for disaster. Analysts and fans in the Overwatch League community appear to have no faith in the team to rise above last place.

It will fall on the players to prove that they can rise above these low expectations, as well as the scandals surrounding the Los Angeles Valiant. These players are looking for a second chance and a route to greener pastures.

The Los Angeles Valiant will kick off their 2021 Overwatch League season against the Chengdu Hunters at 5:30am CT on Saturday, April 17.