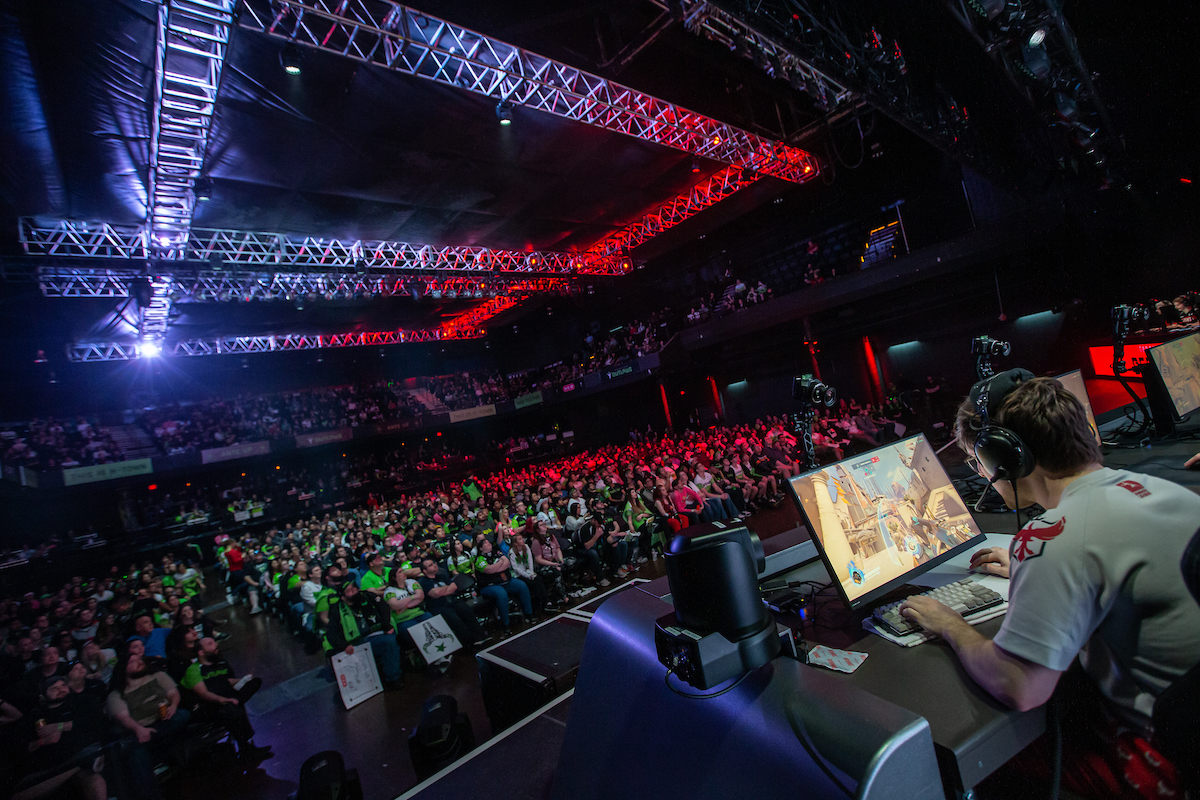 The international spread of COVID-19, or coronavirus, has impacted dozens of esports competitions around the world.

As governments and tournament organizers restrict public gatherings and large events, the future of some leagues is in limbo. The Overwatch League is one of them. With multiple global homestand weekends already canceled, resulting in irrevocable scheduling issues, fans are wondering what the league’s next steps will be.

As the coronavirus first took hold in China, the Overwatch League canceled five homestands scheduled in the country throughout February and March. Multiple Chinese teams, including the Shanghai Dragons and Guangzhou Charge, moved their rosters out of the country. Makeup games for these homestands were set to be played at a studio in Seoul, South Korea before and during the March 7 Seoul Dynasty homestand event.

In late February, as the virus spread to South Korea, the Overwatch League opted to cancel the Seoul Dynasty event for the safety of fans and players. Teams who traveled to Seoul to practice for the homestand, like the Los Angeles Gladiators and San Francisco Shock, immediately returned to Los Angeles. Seoul’s roster relocated to the U.S. along with the Vancouver Titans, another Pacific division team.

At time of writing, 33 Overwatch League matches have been affected by the cancellations. All five teams in the Pacific East division have yet to play a single game.

With the spread of the coronavirus throughout Europe, the situation worsens for esports events in the area. The French government recently announced that any public event with over 5,000 attendees would be canceled, according to BBC News. This is dire news for the future Paris Eternal homestand, set to be held from April 11 and 12. The virus has also taken hold on both coasts of the U.S., threatening multiple future homestands.

After examining the preventative actions of other esports leagues around the world, we can make a few predictions as to how the league will handle the rest of the 2020 season.

Competition with no audience

When the Overwatch League first announced that Chinese homestand makeup games would be held in a studio in Seoul, South Korea, it was assumed that a live audience wouldn’t be present for all of the matches. This could be the best option for the future of the Overwatch League if teams can agree on a set location.

Due to cases of the virus in Poland and across Europe, IEM Katowice was played without a live audience last week. The CS:GO event allowed teams that traveled to Katowice to maintain their competitive integrity while not risking the safety of audience members. Since Overwatch is best played on a LAN client for optimal fairness, this is a good solution if the league can agree on a set place to hold events. But the former Blizzard Arena space is already leased out and can’t act as the league’s event base.

Event space may be an issue, but the bigger problem is visas and travel. Teams like the Chengdu Hunters were forced to remain in China as the virus spread due to visa concerns. The Guangzhou Charge, a team with South Korean and Chinese players, could only send DPS Charlie “Nero” Zwarg back to Los Angeles since he’s a U.S. citizen. Even if the league decides on a safe place to hold a LAN with no audience, visas may not align with this plan.

While it isn’t the ideal option for any professional player, the Overwatch League may have to pivot to online tournaments if visas continue to cause issues. They’d be taking a cue from the Chinese League of Legends Pro League (LPL), which will return in an online format after weeks of delays. This could benefit teams like the Chengdu Hunters, who may not be able to travel to North America for LAN events.

Most players experience Overwatch through the game’s online server system, dealing with hiccups like lag. While this doesn’t bother your average player, Overwatch League professionals are used to the instantaneous effects on a LAN-based play system. If the league did move to online tournaments, it would be up to Blizzard to secure guaranteed connections and possibly dedicated servers for teams. Even then, some teams would experience advantages due to their proximity to servers. Los Angeles, for example, would likely provide the best local ping for teams.

Multiple seasons of Overwatch Contenders in every region have been run entirely online. Technical difficulties, such as disconnection, lengthy game pauses, and dropped stream footage are regular occurrences. Online play is an option for the Overwatch League, but it’s nowhere near an ideal one.

The “doomsday scenario” for many fans, and likely the Overwatch League itself, is widespread cancellation of global homestands due to the coronavirus. The entire schedule of the league would have to be postponed and picked up at a later date. This is the current reality for the League of Legends Champions Korea (LCK) league, which has been postponed indefinitely due to the virus’ presence in South Korea.

With a packed schedule including up to two homestands per weekend, a postponed schedule could be a disaster for the Overwatch League. The league is already looking at 33 games that have to be made up in the future. If more homestands are added to that list, there’s no “free space” for the league to make up games without extending the season.

The final regular season games are scheduled for Aug. 8 and 9. The Overwatch League grand finals will likely take place during the last weekend of September. Adding a month to the regular schedule, or an extra four weekends of matches, could likely solve the current scheduling issue if no more homestands are canceled. Anything beyond that could collide with Blizzard’s biggest event of the year, BlizzCon 2020.

One increasingly likely option is the rescheduling of grand finals to BlizzCon itself. This would mean the demise of the Overwatch World Cup, though, which normally begins scouting Overwatch League players before the season is even over. The World Cup finals are always held at BlizzCon, but for the sake of the league worth millions of dollars, the international competition would likely be put on hold.

The Overwatch League has not yet made any statements on the rescheduling of matches canceled due to the coronavirus, but it’s promised to update fans when that information is available.