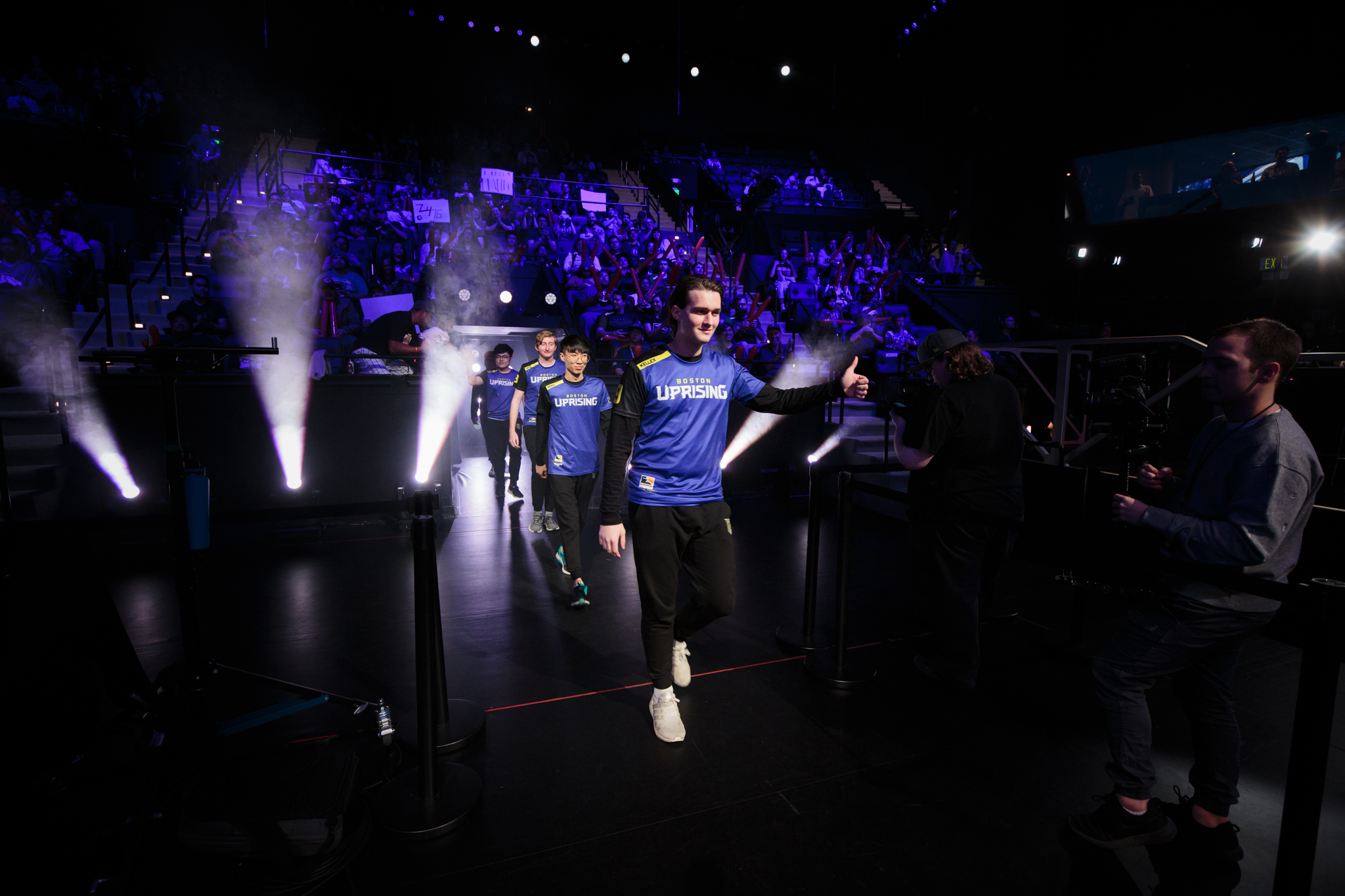 The Overwatch League is heading into its fifth and final week before the league’s stage one title match, and seven teams remain eligible to nab the three top spots.

Dallas Fuel, Florida Mayhem, San Francisco Shock, Los Angeles Gladiators, and Shanghai Dragons have been knocked out of the running for the stage one championship. London Spitfire, New York Excelsior, and Seoul Dynasty remain at the top of the Overwatch League leader board, though no team is considered unstoppable.

From there, Houston Outlaws, Boston Uprising, Los Angeles Valiant, and Philadelphia Fusion lurk behind, ready to strike at the opportunity to move up the rankings. London and New York have the best chances at making the finals—Seoul Dynasty fares worse with a 58.3 percent chance, according to Blizzard.

A 4-0 sweep from London hit hard for Seoul, setting the team up for a hard week. The Seoul roster will have to win both matches against the Valiant and Shock. A win from the Valiant would push the Los Angeles team to a tie with Seoul, making the run for the stage one title much closer.

Seoul needs to lose a series for any team to push their way into the stage one title matches—the pressure is on for the South Korean team, more so than ever in the tournament.

New York and London will face off on Feb. 10—the day of the title matches. Should the ranking stay the same, the two teams will be fighting for the first seed heading into the title matches, which will allow the winning team to bypass semifinal match. The losing team will have to play three matches on Saturday: their regular match, the semifinals, then the finals.

Seoul is still the favorite among the five teams fighting for the third spot in the Overwatch League stage one title match, though the Valiant have the next best chance at 15.5 percent. Week five matches begin on Feb. 7 at 7pm ET with Shanghai vs. Dallas, followed by Shock vs. Gladiators at 9pm ET. But the big match comes at 11pm ET with Valiant vs. Seoul—the match that could change the course of the finals.

There’s $125,000 on the line for the stage one title match winner, and by Saturday we’ll know which team will take home the cash.