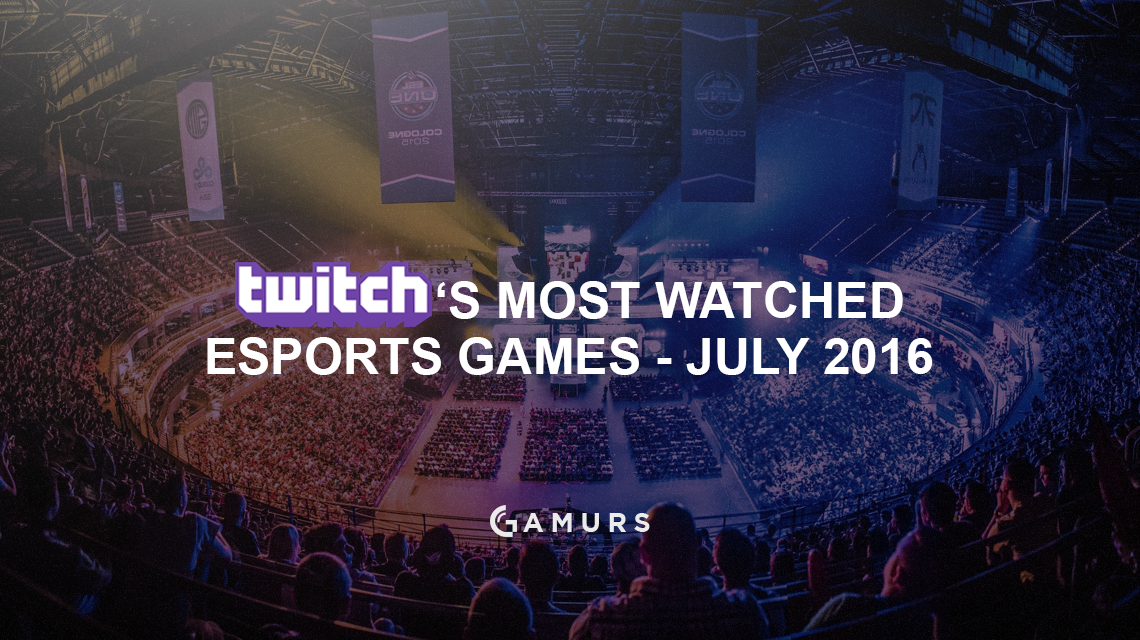 It’s no secret that esports are a big part of Twitch, andNewZoo is a website that analyzes data to see justwhich games get the most viewing time as an esport. NewZoo’s data for July was just released and it hassome stalwarts and a few surprises as well. Check it out:

Topping out the list is Counter-Strike: GlobalOffensive thanks to strong showings of ELEAGUEand ESL One Cologne. A whopping percent of the total52.8 million hours viewed of CS:GO were esports content.

Dropping two spots from June 2016 is DotA 2,now in third place with 8.1 million hours of esports viewing. Thisnumber will probably grow for August thanks to TheInternational 6, which just wrapped up in the pastweek.

Up two spots and one spot at fifth and seventh respectively arefighting games Street Fighter V and SuperSmash Bros. thanks in large part to EVO 2016earlier in the month. EVO is always a huge event for esports andthe fighting game communities, and the top two titles racked up 4.2million esports hours combined. 56% of Smash and 51% of SFV wereesports hours.

Making its first appearance on the list isOverwatch with 1.2 million esports hours, but 24.8million total hours, meaning only 5% of the hours were esports.This number should rise as time goes on, as the game is eighth inesports hours watched but fifth in overall hours when compared withthe rest of the list.

Which of the games on the list did you watch in July? Let usknow in the comments below and follow @GAMURScom for more esports news.