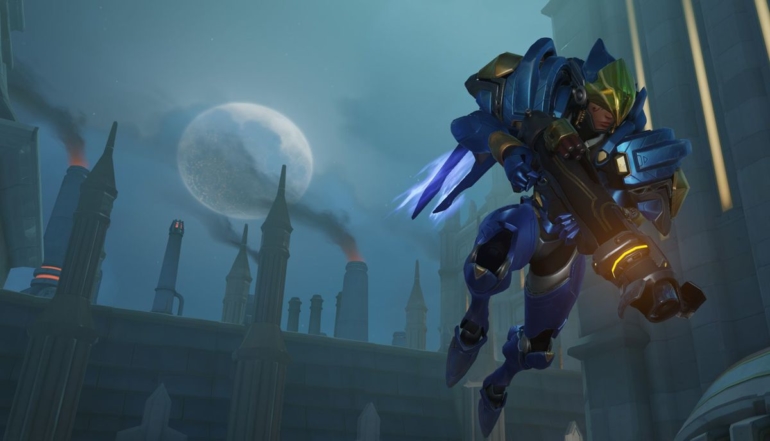 The Overwatch test server received an update Friday, bringing with it the newly-overhauled Torbjörn and several changes to Pharah, among other hero changes and bug fixes.

While game director Jeff Kaplan and lead designer Geoff Goodman both discussed Torbjörn’s rework on Friday, Blizzard decided to also roll out anticipated changes to Pharah, which include a reduction in her concussive blast by three seconds, an increase in her attack speed, and a redistribution of her explosion and impact damage. Pharah mains will also notice a difference in knockbacks, with explosion knockback being reduced 20 percent and her self-knockback range being increased by 25 percent.

The changes to Pharah were explained by the developers, who said her rocket launcher’s shots felt “sluggish.” With the damage redistribution, the overall damage potential is higher when direct hits connect, while it’s slightly lower with explosion damage.

Unlike Pharah mains, who will likely come away happier with the changes, those playing Brigitte may not be as ecstatic. Her Barrier Shield health saw a dip of nearly 20 percent, dropping from 600 to 500.

Related: How to get on Overwatch’s PTR

The cooldown for McCree’s Combat Roll was reduced from eight seconds to six, an attempt to inject more flexibility into the hero, according to the OW devs. Orisa and Soldier: 76 also received minor but positive changes.

Orisa’s Fusion Driver spread was deemed “too random” by developers, leading to a 0.3 decrease in maximum spread. Soldier: 76 got a buff as well—his Heavy Pulse Rifle will have slightly more consistent damage, per developers, thanks to an increase in the amount of shots it takes to reach its maximum spread.

The developers addressed various bugs in both heroes and the map, as well as expanding the colorblind options. All of the changes and developer explanations can be found on the Overwatch game forums.