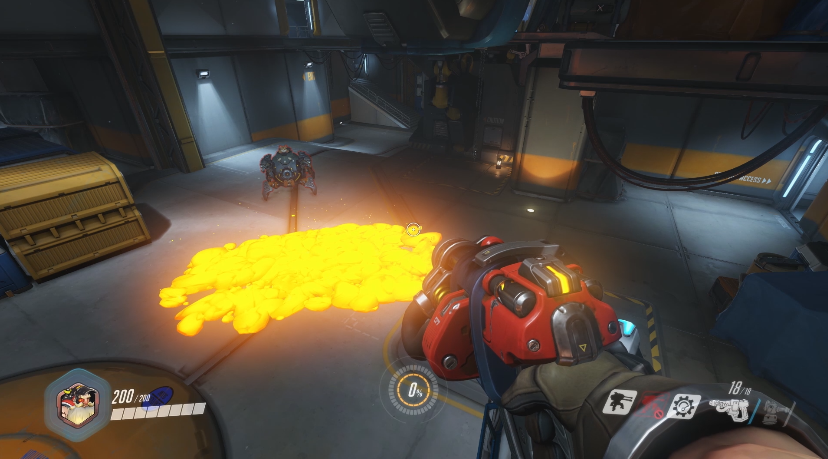 Overwatch game director Jeff Kaplan revealed in a Developer Update that Torbjörn would be receiving a long-awaited rework. But what’s specifically changing with the hero?

The new (and hopefully, improved) Torbjörn will hit the PTR soon, and show off his new ability, Overload, as well as the other major changes that were made by the developers.

Related: Torbjörn is getting reworked—and now he can shoot magma

Geoff Goodman, OW lead designer, explained via the game forums what changes and additions he and his team are planning to roll out for Torb on the PTR.

The Rivet Gun is just one of the several things altered within Torbjörn. Receiving a buff, the Rivet Gun’s projectile speed was increased from 60 to 70, and its reload time was cut down by 0.2 seconds. The gun’s alternate fire was also tweaked, with developers aiming to make it “more responsive” and its spread pattern “significantly easier to predict” by decreasing its recovery time, reload time, and reducing the spread pattern by 50 percent.

While nearly everything else can be seen as a buff, the secondary fire’s total damage per shot was decreased from 150 to 125.

Before, the Deploy Turret needed to be manually built each time you wanted to use the ability. The developers thought that wasn’t good enough, deciding to make it a thrown projectile that automatically builds when it hits the ground.

With less of a time commitment possibly opening up Torb to do something else in the time the turret builds, it would seem this ability has received some much-needed flexibility.

Players now have some control over AI targeting, too. According to Goodman’s post, the turret will assist by targeting “enemies damaged by Rivet Gun’s primary fire,” meaning your equipment will try to give you some support in a battle.

Replacing the Armor Pack ability, Overload awards Torbjörn with temporary armor and an increase in movement, attack, and reload speed for a short duration.

Although it retained the same name as the previous ultimate, Molten Core is vastly different in this version of the hero.

Instead of Torb getting all hot and bothered with some extra armor and increased fire rate, Molten Core is now an area denial ultimate that can “control choke points, objectives, separate enemy players from their allies, cut off escape routes, or slow an enemy advance,” according to Goodman.

The way the ultimate works is that Torb can create “burning pools of molten slag” that will damage any enemy hero standing in them. Torb can launch up to 10 of these molten projectiles, and they can deal extra damage to those heroes with armor, which includes Brigitte, D.Va, and Torb himself, among others.