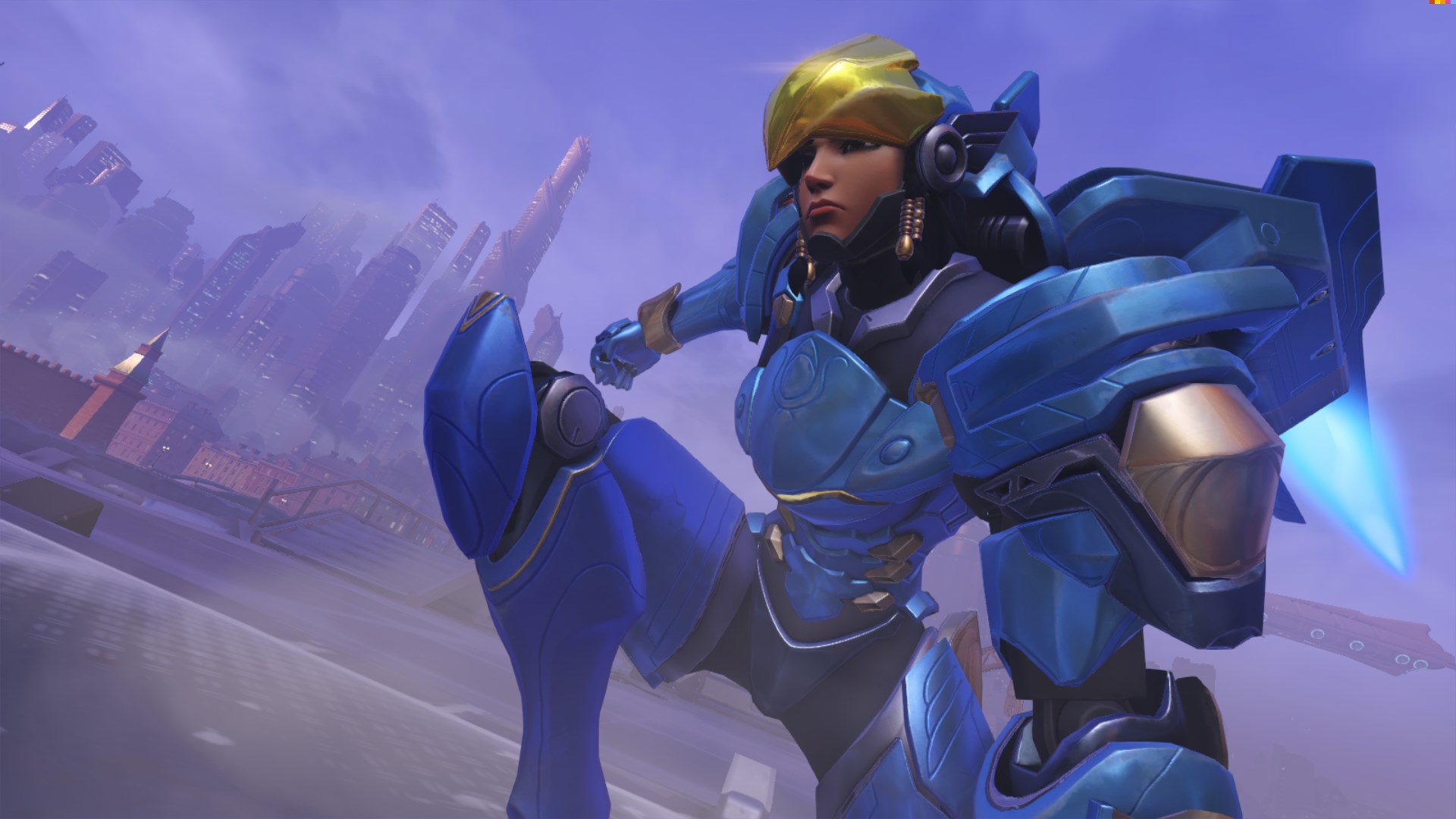 Overwatch game director Jeff Kaplan spent an hour or so last night answering questions on the game’s forum. He hit on a lot of different topics, including an incoming Developer Update and a Pharah adjustment.

Kaplan said the Overwatch crew has been trying out Pharah changes internally. Those should hit the Overwatch test sever next week, he added. More details should be released “later.” Specifics of the change were not mentioned, but it sounds like players won’t have to wait long to see what’s up with Pharah.

Likewise, Kaplan briefly mentioned an incoming Developer Update that “should go up next week.” Kaplan declined to give more details there—so that’s anyone’s guess. Elsewhere on the forum, Kaplan said that Blizzard is currently brainstorming solutions for skin transfers from console to PC for connected accounts.

But he did point out that any players that pick up a BlizzCon virtual ticket with an account that’s linked to different platforms, say, PC and PlayStation 4, will get the Demon Hunter Sombra skin on both platforms—they’ve just got to be sure the accounts are linked up correctly using the same Blizzard Battle.net account.

Lastly, Kaplan added a few comments about cheating. For one, he said the team doesn’t actually need people to report players that are boosting. “We have a whole crew here doing some pretty significant analysis to determine this behavior,” he said. But he also pointed out that smurfing—creating a new account to rank up normally—is not cheating, but boosting and throwing from that account would still be against the rules.

Blizzard appears to be gearing up for a busy week ahead, with both a Developer Update and a PTR patch. The changes are coming soon after the recent Busan map update, which added a new control map and a bunch of hero adjustments to Overwatch.