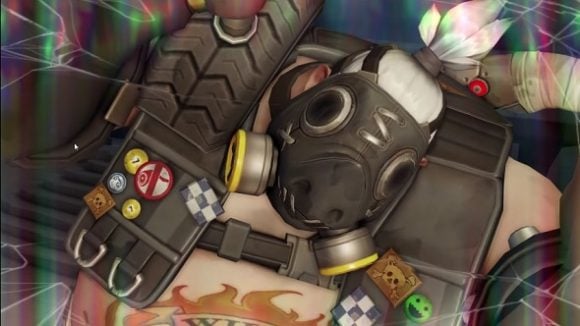 Overwatch players that main Roadhog likely have noticed a slight change to the tank hero’s Scrap Gun. Blizzard added an adjustment to his weapon’s damage fall-off, but forget to add them into the patch notes.

The lack of damage fall-off for Scrap Gun’s alternate fire made the weapon far too powerful against far away targets, Blizzard said of the addition of fall-off. “To balance out a slight power decrease, especially against barriers, we decided to push his overall weapon’s effective range out [a] bit further before damage fall-off begins to take effect,” Blizzard wrote. “The alternate fire fall-off begins from where the scrap projectiles are formed, not from Roadhog’s firing position.”

The other change noted by Blizzard in the update is a bug fix that previously allowed weapons that fired multiple shots at once to “inconsistently deal critical damage.” Blizzard said the fix will allow a weapon spread that “correctly calculate[s] critical damage for each individual pellet that lands in a critical region.”

Blizzard said it’ll be easier to land critical damage with a weapon that fires multiple shots at once, like Reaper’s Hellfire Shotguns and D.Va’s Fusion Cannons. Blizzard also upped the amount of critical damage needed to land to display the “critical marker” on the kill-feed. “It now requires 30 percent of your shots to be critical, rather than displaying it if a single pellet hits critically,” Blizzard wrote.

All these changes are included in Overwatch’s Busan patch, which was uploaded to the live server on Tuesday. In that update, the new control map, Busan, was added to Overwatch, alongside a number of hero changes.