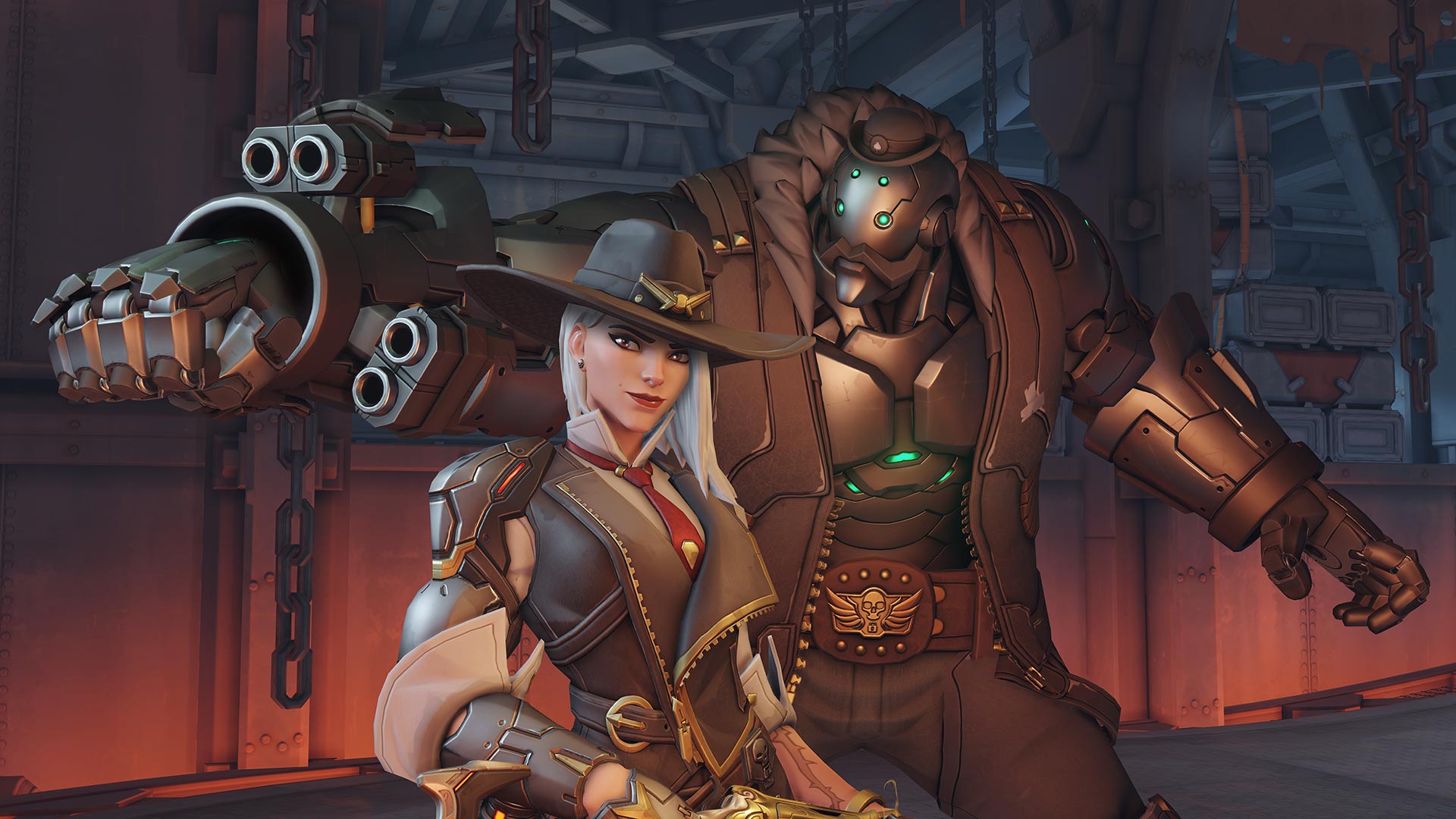 Overwatch’s next event might be about the Year of the Ox, but Ashe is apparently still feeling more feline. Tiger Huntress Ashe is the first skin revealed for the game’s upcoming Lunar New Year event, which begins on Feb. 4.

Expert hotshot Ashe has an entire wardrobe of cool skins in the Overwatch universe, but this one lets out a bit of her wild side. Instead of her usual Deadlock Gang outfit, Ashe rocks a green and gold huntress getup. Her accessories include a tiger tooth necklace and a belt adorned with the head of a beast.

As usual, Ashe’s dutiful servant B.O.B. is the real star of her Legendary skins. The big omnic butler has been turned into a robotic tiger, complete with a tracking collar and comfy green robe. Overwatch developers also definitely gave Tiger B.O.B. some mechanical abs, a feature that’s totally unnecessary but appreciated.

The annual Lunar New Year event always brings new skins to Overwatch to spice up the winter doldrums. Last year, heroes like Lúcio and damage dealer Doomfist received new outfits to commemorate the event. Ashe is the first hero to receive a skin for the 2021 event, but more will likely be revealed in the next few days.

Capture the Flag is also a Lunar New Year staple and will likely return this year. You can catch all the action when the event begins on Feb. 4.