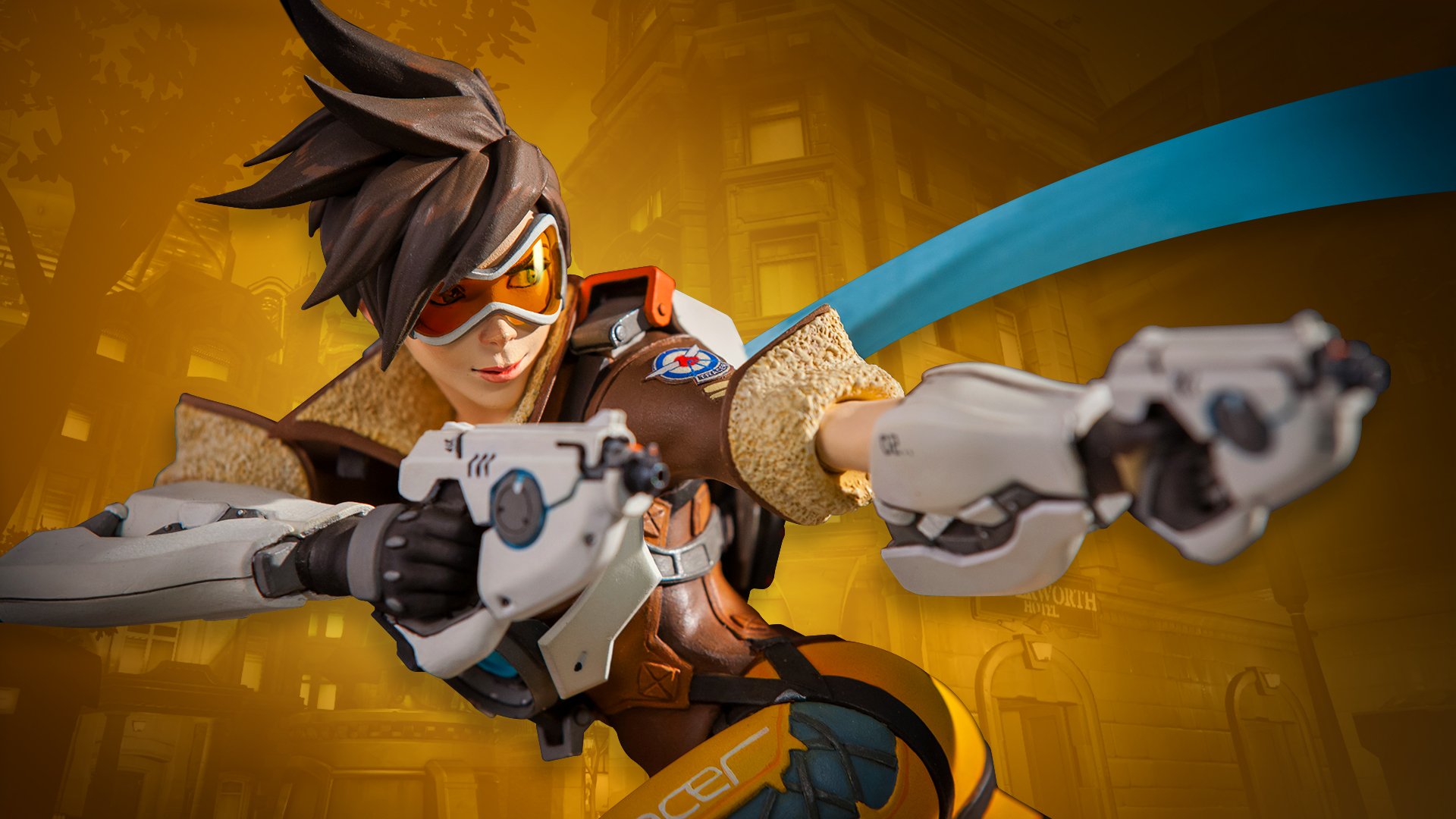 Reddit user IamadoR used a 3D printer to create their own Tracer statue. The user shared a short video of the statue, which has Tracer aiming backward with her two Pulse Pistols. She’s standing on a printed Overwatch stand as well and supported by what seems to be the trail of her Blink.

IamadoR downloaded this Tracer model at a printable objects store called MyMiniFactory. But the product page for this model shows a less polished version of Tracer in comparison to what IamadoR did. In the Tracer images showcased at the store page, it’s possible to see several lines that come from the layers that 3D printers use to build these figures. In the video IamadoR shared, these lines are almost invisible. The figure looks polished and shiny.

The material used in this 3D print can still be painted, which would make the figure feel even more realistic.

Other Overwatch fans have already shared their statue and toy creations on Reddit. When the official LEGO Bastion was announced, a user created his own version of this Overwatch hero with other LEGO pieces. It ended up having more features than the original version.

If you don’t want to spend money on a 3D printer but still want a Tracer statue, the Japanese toy maker Figma sells her action figure for $70. A less realistic but very cute version of Tracer is her Nendoroid figure, made by Good Smile Company and priced at $50.