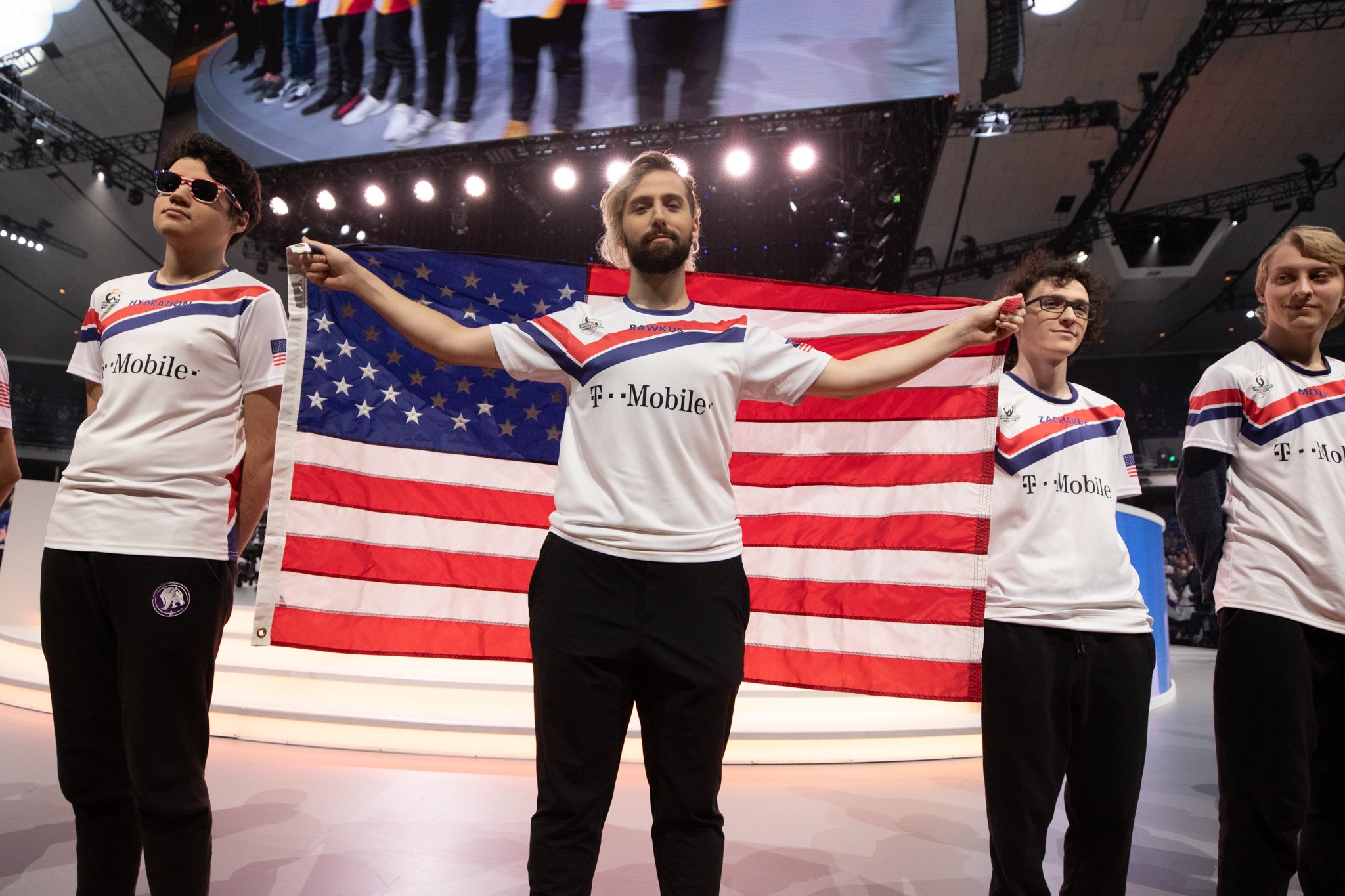 The stars and stripes are finally ready to be revealed. Team United States has announced the final roster for the 2019 Overwatch World Cup after giving fans weeks to anticipate the decision. It’s been nearly a month since Team USA revealed its expected shortlist, but the final roster includes a few surprises.

Team USA revealed its roster over the course of several hours today. The team’s supports were the first to be revealed, and both are repeat players for Team USA. Shane “Rawkus” Flaherty of the Houston Outlaws will be the team’s flex support for the third year in a row. Grant “Moth” Espe of the San Francisco Shock will retain his role as main support for Team USA.

The tanks were announced next, and one of them wasn’t much of a surprise. Indy “SPACE” Halpern of the Los Angeles Valiant will fill the off-tank spot for the second year in a row. He was also the only off-tank listed on the shortlist, which made this choice pretty easy.

San Francisco Shock’s Matthew “Super” DeLisi will be Team USA’s main tank, marking his first time on the national team. Super is an MVP candidate for his performance during this season of the Overwatch League. It’s also his third year in a row trying out for the team, unseating former Team USA main tanks Russell “FCTFCTN” Campbell and Austin “Muma” Wilmot.

Last but not least, the DPS squad features a mix of veteran World Cup players and new talent. Jay “Sinatraa” Won of the San Francisco Shock, another MVP candidate, will be representing Team USA for the third time. The rest of the trio were the real surprises.

Corey Nigra of the Washington Justice was selected to represent Team USA for the first time. While the Justice had a lackluster season in the Overwatch League, Corey was often commended for his top-tier play on sniper characters like Hanzo and Widowmaker. Kyle “KSF” Frandanisa of the Los Angeles Valiant will also be a first-time player for Team USA. The Valiant had a rough year in the Overwatch League too, but KSF’s expertise in damage heroes often carried the team during rough matches.

Team USA has experienced more drama than usual since the announcement of its shortlist in July. Atlanta Reign support Dusttin “Dogman” Bowerman called out Team USA head coach Aaron “Aero” Atkins for being “incompetent” in his organization of the team.

Team USA experienced a shocking defeat in the 2018 Overwatch World Cup quarterfinals at the hands of Team United Kingdom. By mixing up its usual roster and adding new talent, it seems like Team USA is trying to fix what went wrong last year.