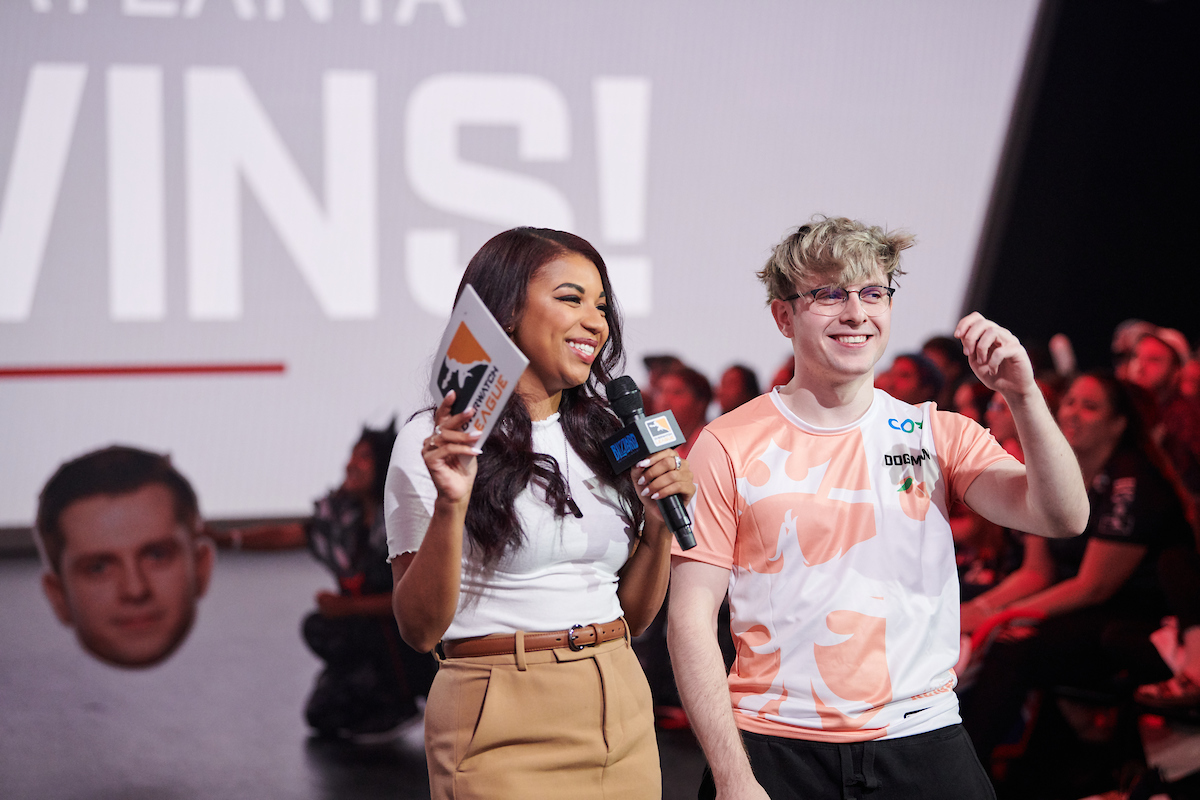 Fans were expecting sweetness at the Kit Kat Rivalry Weekend, but instead they got a little spice. After the Atlanta Reign took a 3-1 victory over the Dallas Fuel at the homestand games today, Reign support Dusttin “Dogman” Bowerman took a few extra shots at Fuel’s head coach Aaron “Aero” Atkins.

In a post-match interview with correspondent Emily Tang, Dogman commented on the Reign’s performance and then segued into digs about Aero and Team USA. Aero was the coach of the American team in last year’s Overwatch World Cup and is reprising his role this year.

“We just beat coach Aero. So, what I can say to coach Aero is, ‘GG, buddy’,” Dogman said, as the Los Angeles crowd roared in response.

Dogman wasn’t finished there, however. As originally reported by The Game Haus, Dogman continued his comments about Aero at the post-match press conference. “I think he’s a nice guy. I just think he’s incompetent,” he said. “Both in his roster selection with Team USA and with his coaching of the Dallas Fuel this year.”

Dogman noted in his post-match interview that five players on the Atlanta Reign did not make the cut for Team USA’s shortlist roster. Dogman himself, DPS Andrej “Babybay” Francisty, tank Blake “Gator” Scott, and off-tank Nathan “frd” Goebel are included in that number. During the post-match press conference, Dogman admitted that three of those players, including ATL Academy player Xander “Hawk” Domecq, “didn’t even make it past the first round of trials.”

Aero previously posted about the Team USA tryout process and how he helped whittle the number down to a 12-player shortlist. After Team USA’s lackluster performance in the 2018 Overwatch World Cup, Aero has been criticized by the community for his coaching skills in the past.

The responses to Dogman’s comments have been swift, especially from members of the Dallas Fuel. Fuel support Benjamin “uNKOE” Chevasson aired his thoughts on Twitter and directly tagged Dogman, stating he was “winning tournaments” before Dogman was even born. Dogman proceeded to copy the Tweet in its entirety and post it on his own page.

As reported by the Dallas News branch of Sports Day, Fuel DPS Dylan “aKm” Bignet also had his own opinion on Dogman’s words. “He’s just looking for attention. That’s what he’s doing,” aKm said. “It’s understandable (to be frustrated), but at this point just take the criticism.”

Aero has not yet responded to Dogman’s comments in a public venue. While the Dallas Fuel’s season is over, the Atlanta Reign have one more match on Aug. 25 against the Boston Uprising.