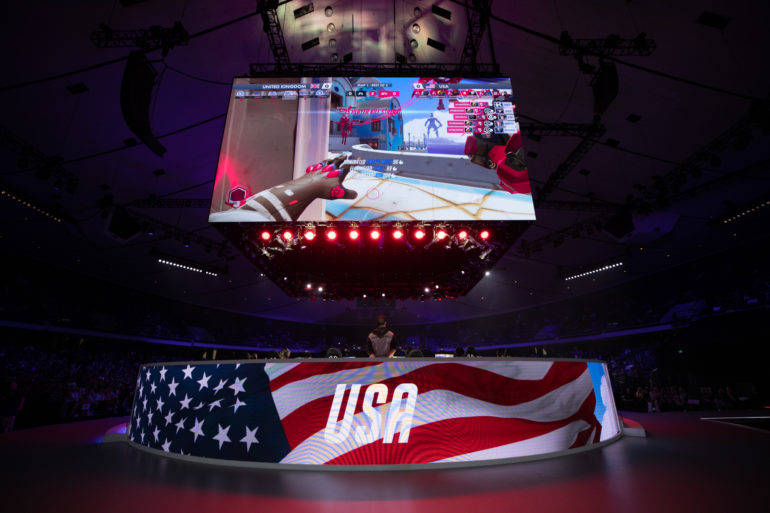 The long-awaited 12-man Overwatch World Cup roster for Team United States is finally here, and the lineup looks stacked. The roster is fully composed of Overwatch League pros, but only seven of the 12 players on the list will get the chance to represent the U.S. on the world stage.

The team’s lineup is headlined by its tank line. Austin “Muma” Wilmot of the Houston Outlaws, Matthew “super” DeLisi of the San Francisco Shock, and Russell “FCTFCTN” Campbell of the Los Angeles Valiant are all under consideration for the position of main tank, while the Valiant’s Indy “SPACE” Halpern stands as the only off-tank on the list.

Both João Pedro “Hydration” Goes Telles of the Los Angeles Gladiators and Jay “sinatraa” Won of the San Francisco Shock have returned to the team’s lineup from last year’s World Cup as considerations for the DPS role. Additionally, the Valiant’s Kyle “KSF” Frandanisa, Corey Nigra of the Washington Justice, and Dante “Danteh” Cruz of the Houston Outlaws have joined the World Cup veterans on the team’s shortlist.

Nikola “sleepy” Andrews of the Washington Justice, Shane “Rawkus” Flaherty of the Houston Outlaws, and the Shock’s Grant “moth” Espe wrap up the roster as the team’s support line.

The Overwatch World Cup will be held during BlizzCon starting Nov. 1.