After two years of consistent but mediocre results, the Fuel needs to use new talent to spark more big plays. 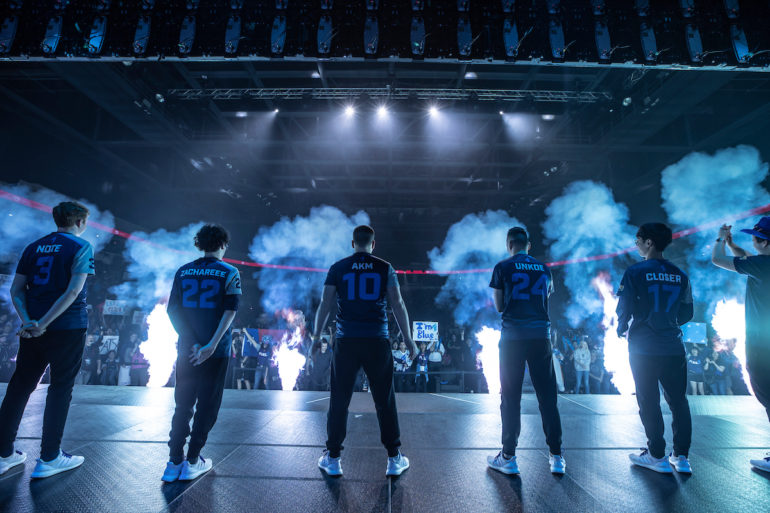 The Dallas Fuel is prepared to duke it out for Texas’ love and support once again. Despite losing a few star players to other Overwatch League teams during the offseason, the Fuel managed to lure in extra talent to up their chances of success. With a 15th-place finish in 2019, Dallas is looking to move up to at least the top half of the leaderboard in 2020.

As one of the two teams hosting the Overwatch League’s opening games on Feb. 8 and 9, Dallas has a chance to be inspired by its voracious fan base early in the season. The Fuel held the first “homestand” games of 2019 and experienced a string of wins after playing in front of their home crowd. With five homestands planned for 2020, the fans may be a major part of Dallas’ potential to succeed.

After trading main tank Son “OGE” Min-seok to the Los Angeles Gladiators, the Fuel picked up another force to be reckoned with. Noh “Gamsu” Yeong-jin joined the team after a remarkable year on the Shanghai Dragons, where he helped lead the team to their first stage win and first playoffs. There’s no guarantee that Gamsu’s dog, Uni, will bring the team power as their unofficial mascot.

Ashley “Trill” Powell, a talented main tank in his own right, waits in the wings to prove himself again this year. Gamsu and Trill will be joined by Lucas “NotE” Meissner, who was added to the Fuel last season. Gamsu and NotE have a history of cohesive play and friendship since they were on the Boston Uprising together during the first year of the Overwatch League. This trio has the potential to impress if they can keep up their coordination.

Dallas hasn’t stepped too far out of its comfort zone when it comes to support. Fuel flex support and perpetual mainstay Benjamin “uNKOE” Chevasson will reprise his role, as will Jonathan “HarryHook” Tejedor at main support. Both have been a part of the Fuel since the first season of the league. While they’re consistent veteran players, they often lack the big plays new talent can bring to the stage.

While main support Jung “Closer” Won-sik may be able to provide more flashy plays than HarryHook, the real kicker is the addition of William “Crimzo” Hernandez as flex support. The former Team Envy support already has built-in cohesion with former teammate Trill. He also played a big part in Team Canada’s impressive showing in the Overwatch World Cup in 2018, so Crimzo has a chance to revolutionize the support line.

The damage-dealing roster is another example of the Fuel’s combination of veteran talent and newer, flashier players. Dallas’ favorite patient Genji player returns in the form of Dylan “aKm” Bignet, a consistent but often mid-range DPS player. His teammate  Zachary “ZachaREEE” Lombardo spent most of 2019 in “Brigitte jail” thanks to the triple support, triple tank meta. Now that ZachaREE is finally free, he could step in to fill the shoes of his DPS counterparts.

Those two may be overshadowed by new additions, however. Jang “Decay” Gui-un was acquired from the Los Angeles Gladiators for OGE. Before the 2019 season, Decay was one of the most sought-after players in the entire league. He showed up for the Gladiators but seemed to not live up to his true potential. Dallas could give him that option. Decay is joined by Kim “Doha” Dong-ha, an extraordinarily talented player from Overwatch Contenders Korea team Element Mystic.

What the Dallas Fuel has in spades is consistency. With a core roster of veteran players, this isn’t their first rodeo. Common issues other teams will face, such as stage fright or acclimation to intense practice schedules, likely won’t phase the Fuel. But that consistency may be their downfall. The “old guard” of aKm, HarryHook, and uNKOE has provided stable but often mediocre results for the team.

The Fuel’s strength lies in their tank line and new additions. Gamsu and NotE work together seamlessly while Crimzo and Doha may bring renewed fire to the team. If the Fuel can capitalize on this motivation, as well as their fans’ endless hope and dedication, they may be able to crack the top half of the leaderboard. At the very least, they could be the best team in Texas.

The Overwatch League kicks off in Dallas and New York on Feb. 8. Dallas plays its first game against the Los Angeles Valiant at 6pm CT on Feb. 8.