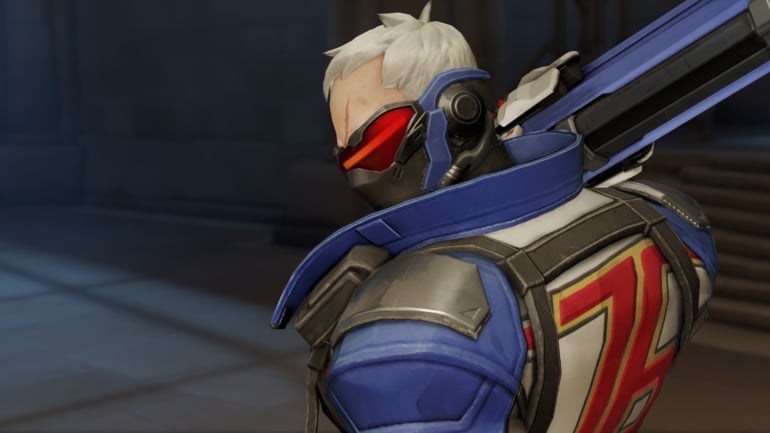 This soldier is ready for a revolution.

Overwatch teased a new skin for Soldier: 76 today that’s releasing alongside the Overwatch Archives event, featuring him donning garb straight out of the Revolutionary War. This skin, fittingly called Soldier: 1776, takes the hero back to the founding of the U.S. but adds a cybernetic twist to his gear that keeps up with the theme of Overwatch’s futuristic world.

In this robotic, Revolutionary War-esque armor, Soldier: 76 dons the appearance of a U.S. general looking to fight for the country’s salvation—whereas now, canonically, Soldier: 76 is fighting for the salvation of the world. Soldier: 76’s scars and age have been completely covered up with parts that make him robotic, as if signifying an alternate reality where the Revolutionary War was a futuristic battle with Omnics fighting alongside humans—but also contributing to the running joke that Soldier: 76 is quite old.

This Legendary skin joins Bushi Genji and Mousquetaire Widowmaker as this year’s lore-inspired skins, this time around focusing more on real-world lore rather than the backstory of the individual heroes. Other skins and cosmetics will be included within the event that players will be able to discover when it goes live.

Players can dive into the vault of Overwatch lore when the Archives event starts later today and runs until April 27. The event will mark the return of previous Archives cosmetics as well as the PvE story missions, with a new mission possibly available with this iteration as well as the likely return of weekly challenges.

It’s unknown at this time if these cosmetics and PvE experiences will return with next month’s Anniversary event, so be sure to take advantage of Archives while it’s around.