He‘s suited up for the pros. 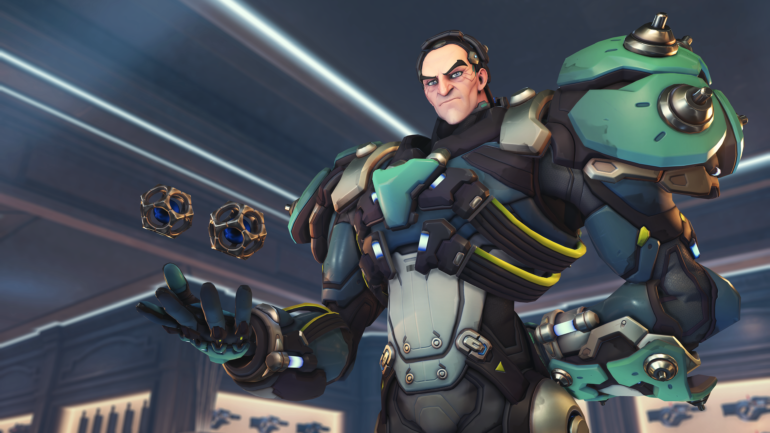 The new Overwatch League home skins for Sigma have been released and he looks ready for the big time.

Sigma, a cool, floating man with bare feet, is the 31st and latest hero added to the Overwatch roster. Mostly likely brainwashed, he plies his trade manipulating the powers of gravity for Talon, hoping to buy some shoes one day.

Being Overwatch’s first new tank hero in over a year, Sigma bends gravity to his will, all while introducing one of the highest skill cap movesets for a tank. His ultimate allows him to take flight before also kindly inviting his enemies to join him in the air, then slamming them down for a nice, long nap back at their base. It’s been used to make some sick plays, that’s for sure.

Sigma’s tank abilities also require precise positioning. He has a barrier that can float in the air and Kinetic Grasp allows him to absorb all projectiles before transferring the energy into a powerful shield.

Sigma is available for players to try on the Overwatch Public Test Realm (PTR), so there’s really no telling where this hero might go in the OWL. Whether he’s a main or flex tank, Sigma is sure to be a ridiculous nuisance in the hands of OWL’s skilled players eventually.

Before you get to see Sigma’s OWL skins on stage, you can check them out here:

The hero won’t be available for stage four of the OWL since the tournament is already underway. But we’ll likely get our first look at Sigma in team colors during the playoffs, which start on Aug. 30.