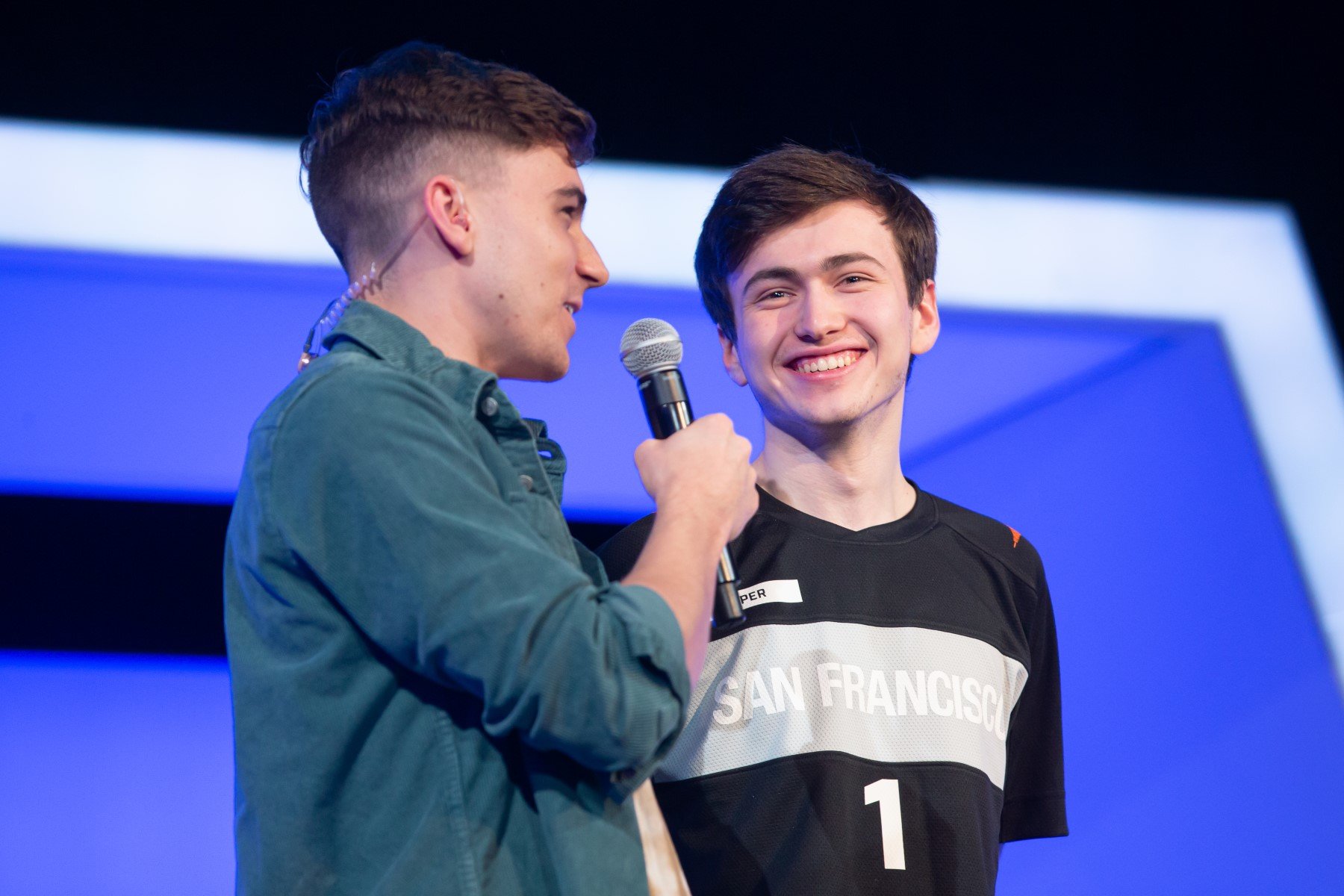 Jimmy Fallon will be blessed with another creative, inspirational appearance by an Overwatch League champion when San Francisco Shock main tank Matthew “Super” DeLisi returns to The Tonight Show. The episode airs on Oct. 26 at 10:35pm CT.

Super’s appearance comes two weeks after he and the San Francisco Shock won their second Overwatch League Grand Finals championship. On Oct. 10, the Shock battled it out with the Seoul Dynasty, taking the series 4-2 and bringing home $1.5 million in prize money. They’re the first Overwatch League team to win two titles in a row.

This will be Super’s second appearance on The Tonight Show. He and former San Francisco Shock DPS Jay “Sinatraa” Won entertained Jimmy Fallon last year after the Shock’s first championship win. Now that Sinatraa has moved on to VALORANT, it’ll be up to Super to keep the laughs coming. As one of the most entertaining players in the Overwatch League, though, it won’t be too hard for him.

Last year, he and Sinatraa explained the basics of Overwatch and what the first championship meant to them. This time around, Super will likely get to explain the intricacies of international quarantine and show off the Grand Finals trophy, which is apparently just sitting in Super’s bedroom.